Looking for Rambo: Who will save action films from becoming ‘Expendable’? 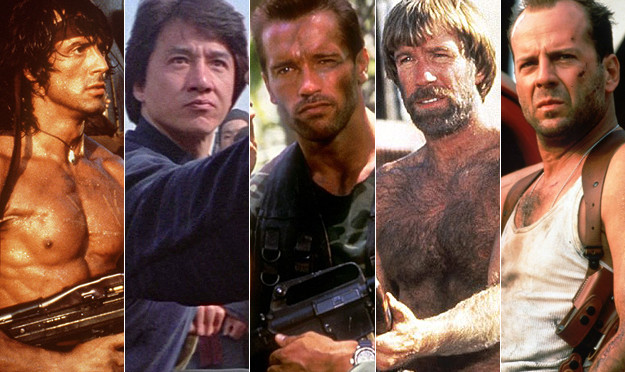 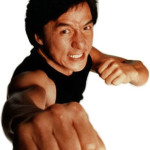 It seems that every decade demands a hero. A celluloid symbol for the impressionable youth to look up to, and to aspire to be like if the situation required (whilst fervently hoping it never comes to that). 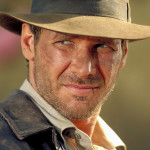 Since the 50s we’ve had grizzled cowboys, sneering tough guys, cops to whom the rule books were blurry obstacles, any number of well-muscled foreigners, and underdog after underdog forced to deal with circumstances well beyond the rest of us. And in every circumstance they either overcame those obstacles or valiantly died trying. 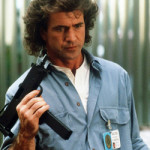 The importance of the action hero was best represented in the 90s, which was dominated by four (still) household names, but underpinned by a list of names with such cinematic depth that it boggles the mind. 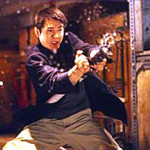 Unfortunately it seems that with the rise of CGI and Hollywood’s reliance on the bankable franchise, the era of the action hero is at risk of becoming extinct. 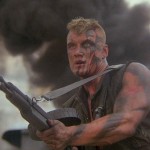 Consider the pics either side of this blurb. Any of these guys (and gal) would be a welcome addition to the current barren environment, and we can only pray for a new Chan, Stallone, Schwarzenegger or Willis, even though all four of those guys are still actively employed… in creating increasingly shitty films. 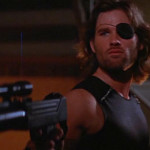 Rather than ponder and lament the past though, today is about identifying and welcoming the future. Let’s recognise the fact that these four do-it-all genre defining heroes are past tense – and they are – and pose today this one question;

WHO IS THIS MILLENNIUM’S PREEMINENT ACTION HERO? 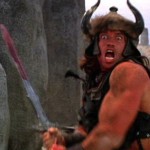 Of course the primary impediment to simply announcing a winner is the fact that so few have nominated themselves, and those that do either underwhelm or as yet haven’t found the right vehicle to exhibit their talents. It doesn’t matter how made your skillz are if you only appear in incompetent dross. 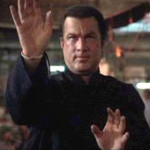 The amazing development since 2008 is the return of the senior action hero. Liam Neeson performed a frankly astonishing career change with Taken, moving from respected dramatic actor to becoming the biggest action draw of the last few years, all while almost remaining a critical darling – although Taken 3 might have wiped out much of that goodwill. 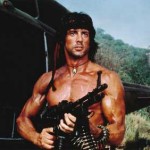 Hollywood being Hollywood, the bean counters dug around and asked a bunch of other fading stars to quick draw for quick cash; Keanu Reeves, Denzel Washington and a bunch of formerly Expendables all morphed into Grumpy Old Men… with guns. Even Pearce Brosnan had a crack at geri-action.

But again while we must respect our elders, we cannot rely on them forever. 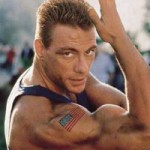 The criteria here is simple, the nominee must display some minimum level of acting ability and charisma, but the primary area of assessment remains their skill in the punching, kicking, shooting and otherwise slaughtering arts. As this is a prospective listing hoping to uncover the Action Heroes du jour for the coming decade, we must be brutal in our assessment of future athletic ability – even the great Jackie Chan couldn’t overcome the wrath of advancing age. 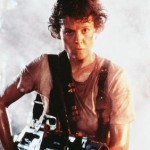 While we’re not here to ‘retire’ anyone, we must adhere to basic standards. For the purpose of convenience 55 has been selected as the cut-off point, meaning that this rules out the afore-mentioned Mr Washington (61) and Mr Neeson (63), Mr Machete himself Danny Trejo, and the four gents atop the pyramid. I mean did anyone see Liam Neeson shuffling through the streets in Taken 3 leaving the younger cops in his wake? The quick editing in that scene alone should have taken the Oscar for best special effects…

To clarify: to be an action star you must be seen running or jumping at least once. 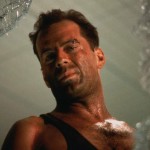 We’re not here to worry about box-office or critical reception or even consistency, even Arnold had Jingle all the Way, and we’ll (eventually) forgive him for that. No, we’re here to identify the guy or gal most likely to create AT LEAST a couple of action classics, films that demand you buy them and place them between the Die Hard and Terminator Blu-Rays without cringing at what others think.

And the Nominees are… 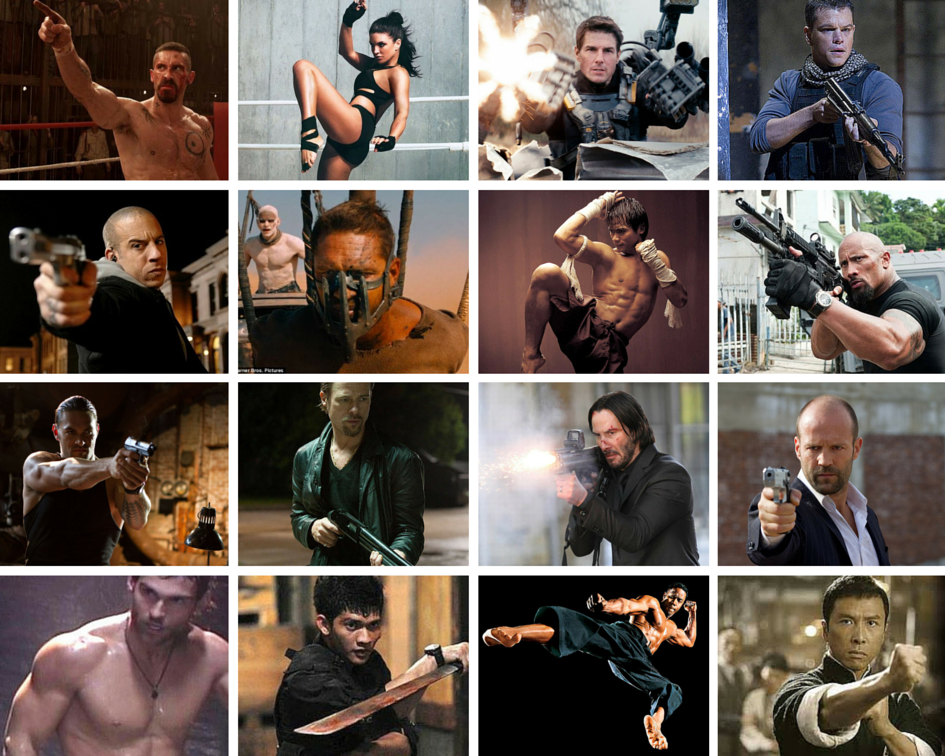 Some list. Most are charismatic. Some can fight. Some are athletic. Some are strong. Some are on the up. Some have already made it. Some never will…

Being a list of action stars, it only seems fitting that we ‘kill off’ some of the less likely as we go. After all, survival of the fittest demands that the herd be thinned progressively.

Again seeing as it is a contest and the participants are known for the athletic abilities, we will pit the combatants head to head, knock-out style, with the aim of identifying the most likely individual currently in or nearing their prime, most likely to be involved in at least 3 All Time Classic action movies.

For the most part it was the old guard being symbolically knocked over by the young bucks, or those that have had their chance and simply not taken it. 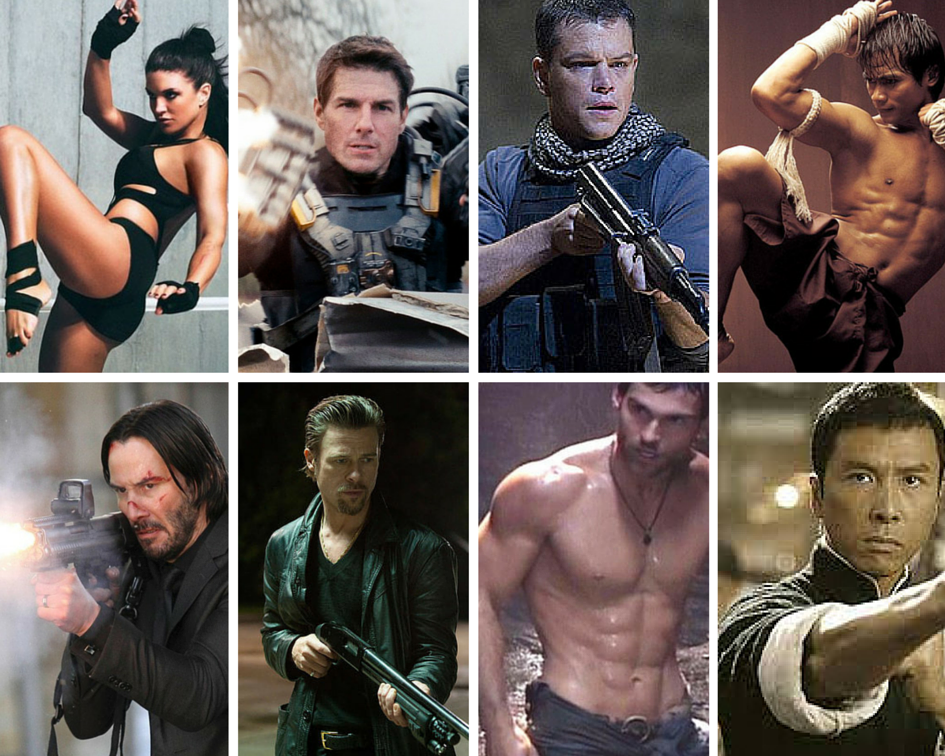 Gina Carano: Alas seems content as a supporting character. Maybe Haywire was her best effort.
Tom Cruise: He’ll get first dibs on some choice scripts, but the thetan levels are dangerously low.
Matt Damon: They gave away his Bourne franchise almost a decade ago, and only Green Zone and Elysium since. Unlikely.
Tony Jaa: Unfathomable 5 years ago. Nobody on this list needs a better agent.
Keanu Reeves: I love John Wick, but do we really think there’s much more than that in the pipeline for Ted Theodore Logan?
Brad Pitt: Name a Great Brad Pitt action film. Now name a dozen mediocre ones. One task is easier than the other…
Seann William-Scott: Another with the tools, but Welcome to the Jungle (The Rundown) was over a decade ago and nothing resembling an action film has come along since. Another who left it too late.
Donnie Yen: The most painful first cut. Moments of brilliance but no consistency. Lived in the shade of Chan and Li.

A solid mix of big names and still the younger guard pushing up.

Scott Adkins v Jason Statham: Admittedly a bold call here, but remember this is a forecast and not a comparison of CVs thus far. Statham has the runs on the board, but he’s pushing 50 and already settling for Fast & Furious bad guy roles. Adkins is a decade younger and already taking every action role he can – likely some Statham has passed on. Younger, hungrier and more ambitious, I’m putting my money on the young buck here.

Vin Diesel v Iko Uwais: Not nearly as close as you’d think. Vin has the global behemoth that is Fast & Furious, but in my mind that series is yet to yield a Great film, just lots of profitable entries that give the people what they want. Nothing wrong with that, but Iko Uwais is front and centre on the poster of the two best action films of the last few years, and he’s still in his early thirties. Dom won’t be pressing the NOS button on this one…

Dwayne ‘The Rock’ Johnson v Tom Hardy: Close battle. You can never discount Hardy, who has already made some brave choices and is now Mad Max FFS. But he was already upstaged by Charlize Theron once. The Rock however has a ceiling that screams ‘New Arnie’, only with equal charisma and without the accent. He is already huge on social media, and his presence alone convinced me to check out the GI Joe and Fast and Furious films. Arnie made Predator at 40, Total Recall at 43, T2 at 44 and True Lies at 47 (let’s just end it there). Trust me, The Rock is only now entering his prime.

Jason Momoa v Michael Jai White: Heart over head here. Momoa is 12 years younger and already has that Game of Thrones Dothraki recognition thing. But he’s also tried the coat-tails of Sly (Bullet to the Head) and Arnie (Conan reboot) and hasn’t broken through. MJ White has teased with dodgier material that he has elevated merely through his presence. His time in the sun is becoming more finite, but for mine Michael Jai White is the one guy who deserved a shot but never got it. 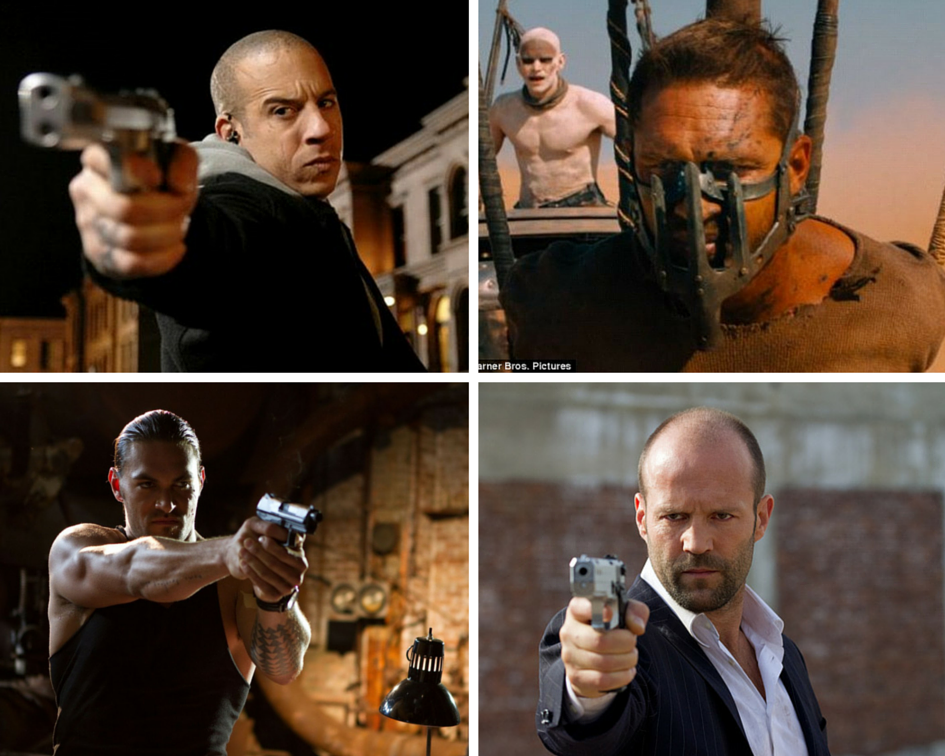 Athletically they’re probably a match, and there’s no easy way to say that Adkins has the ethnicity and language advantage when it comes to Western audiences. But action heroes buck the odds. Arnie, Jackie and Donnie Yen – and Sly for that matter – still barely speak English. Ultimately Uwais wins because he has his muse in director Gareth Evans, who already has a knack for staging an action sequence, and knows what an asset he has in Uwais. Adkins is also swimming in the deep end of crowded pool filled with known names, while since Jaa’s bizarre tailspin and the aging of Chan and Li, Uwais seemingly has the Asian market – and the cult favourite underdog status – both of which are more powerful than people think.

Sorry MJW, but you barely snuck into Round 2. No way you take down The Rock when you are already fifth in line for the projects he rejects…

So it’s goodbye to… 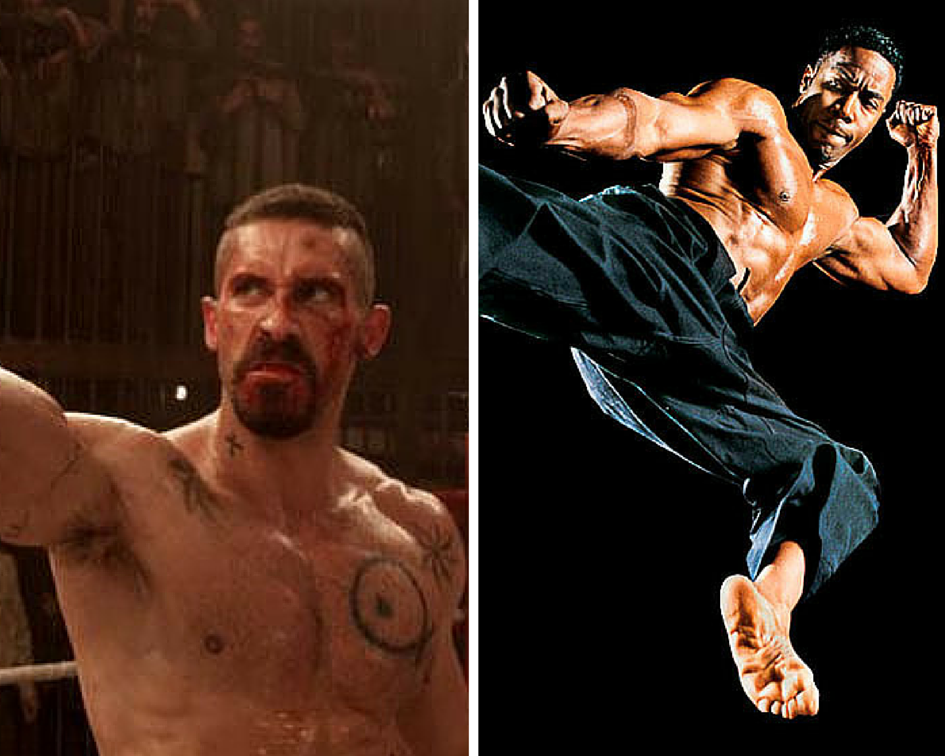 But that’s not the end of it. The Rock has 25 films on Rotten Tomatoes with an average rating of under 50%. He isn’t even an actor on his three highest rated films, meaning as an actor he has 6 films granted ‘Fresh’ status. Three are Fast & Furious and in The Other Guys he was just a bit player – albeit a funny bit. That leaves (the underrated) Welcome to the Jungle aka The Rundown 71% and Hercules 60% as his two headlining successes. Put your hand up if you found Hercules especially rocking? … Anyone? While there is some minor treasure in the trash, that leaves 19 films – or over 75% of The Rock’s CV – as ‘Rotten’. 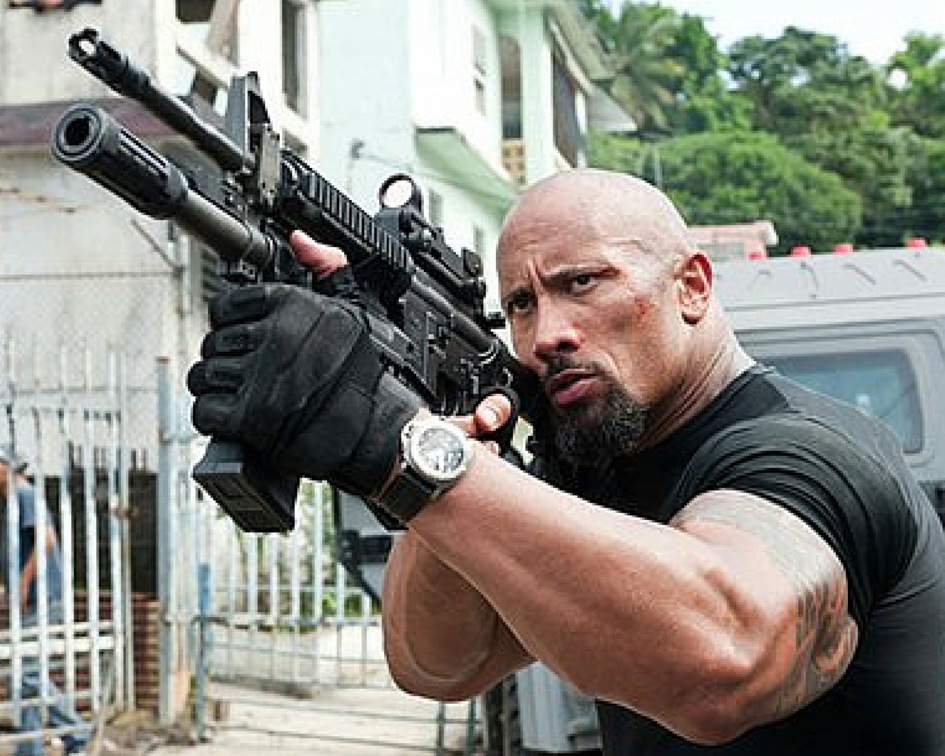 Iko Uwais meanwhile, only has three films on Rotten Tomatoes, 2 if you ignore the Man of Tai Chi cameo (and I do because I cannot remember him at all). They average 82%. They are of course The Raid and The Raid 2, but I digress.

And while Iko Uwais was in Star Wars: The Force Awakens film, in fairness I don’t think even the most friendly type could attribute the Billion Dollar Box Office to him.

What it boils down to is this, do I react differently to the following statements: 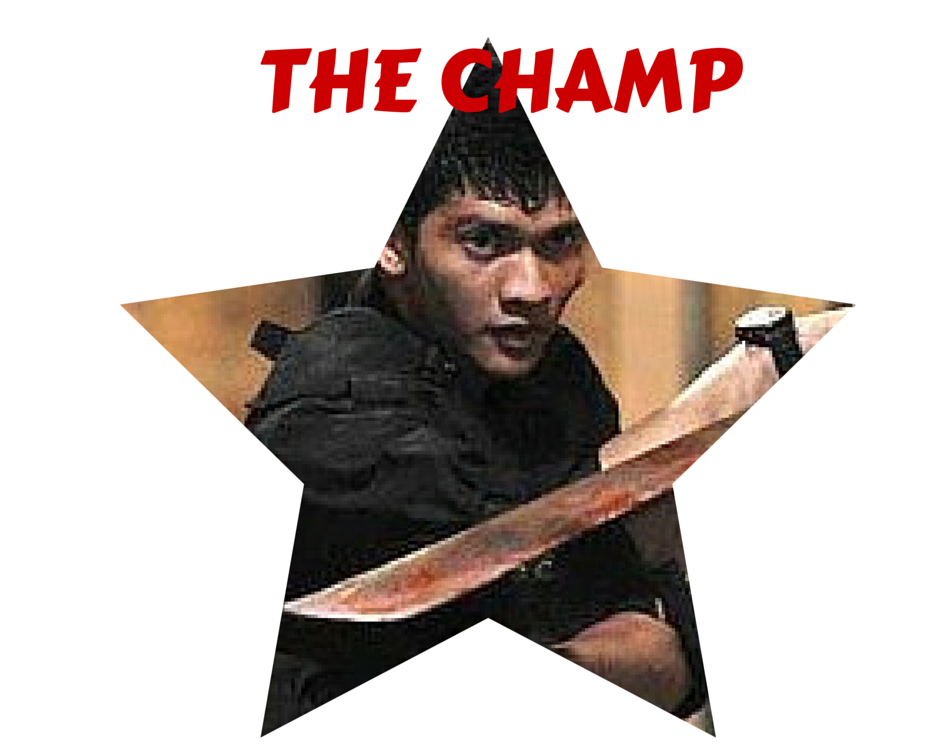 Prove me wrong, Rest of the Field…

While I try to throw a joke or two into proceedings when I can all of the opinions presented in my reviews are genuine. I don't expect that all will agree with my thoughts at all times nor would it be any fun if you did, so don't be shy in telling me where you think I went wrong... and hopefully if you think I got it right for once. Don't be shy, half the fun is in the conversation after the movie.
View all posts by OGR →
This entry was posted in Film, Lists, Showin' Lurve, Superstars. Bookmark the permalink.