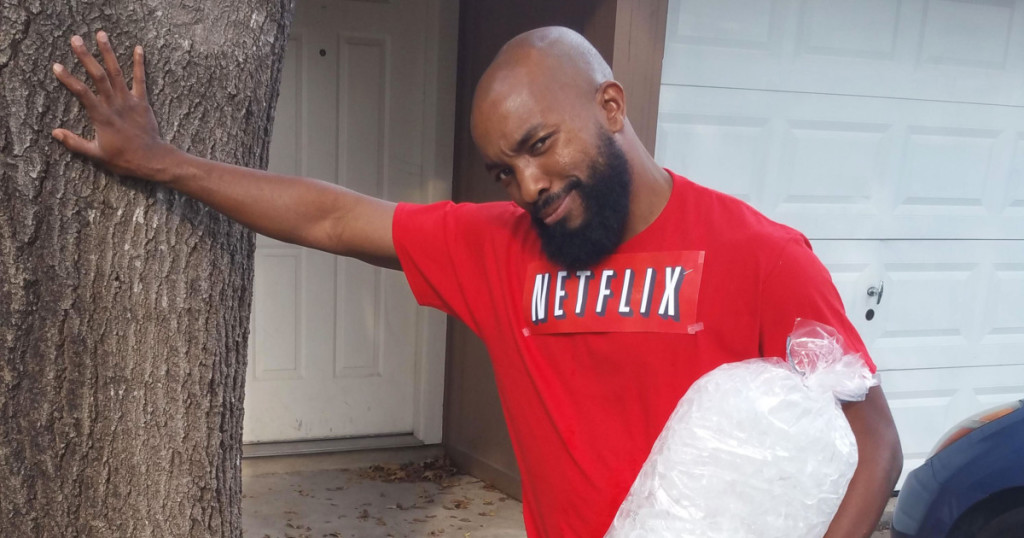 The 26 most interesting shows on Netflix right now

After over a year oblivious to all things streaming, it took the death of video shops for me to discover the suddenly ubiquitous Netflix. This despite my wife having subscribed long before I checked it out. I thought Netflix was where she watched her countless tv cop shows, and where we could keep my son in one place long enough for him to eat, thereby achieving basic sustenance and having the energy to stress us out for another day.

Then, after finding I could hook it up through my new tv, I fluffed about for an evening, checked out a classic Jackie Chan movie and a couple episodes of Bojack Horseman. Now, 40 plus films later, it’s fair to say I’m hooked.

Netflix is a moving feast of changing content, some old, some newish, some purposely created. Regardless of what you are after though there’s something here for everyone…

This is the alphabetic rundown of the best available on (Australian) Netflix right now.

A is for Archer. I have no idea why it took me six series to find this. I only know I binge watched them all in a week. And I plan to never again miss another episode.

B is for Bill Burr. No idea why Netflix has no music, but it has lots of stand up comedy. Bill Burr is one of the more prolific, anti PC, consistently hilarious, most underrated comics about right now. His ‘I’m sorry you feel that way’ is wall to wall laughs.

C is for Congo. A nineties gem. A Spielberg-lite half nasty animal, half Romancing the Stone adventure. This overlooked flick is fast fierce and fun.

D is for Dredd. Like Universal Soldier 4 Dredd is known but not known enough for my liking. A ninety minute slab of ultraviolence that will likely exist forever, if only to prove Karl Urban once was a thing.

F is for Falcon Rising. Michael Jai White is keeping nineties b movie action alive. Falcon Rising could be the start of a worthwhile action violence franchise, if only enough people watch it.

G is for Goon. One of my favourite sports movies in recent years. Goon shows the underside of professional ice hockey and all that goes with being a paid thug in a sport full of flair. Very funny and surprisingly deep and heartfelt.

H is for The Horde. Netflix has a great international ‘rack’, as this list will continue to show. The Horde is a cool French zombie flick which is part Attack the Block and part Left 4 Dead. A good combo.

I is for I saw the Devil. Just a nasty and gruelling film about the lengths people will go seek revenge, complicated by the fact that it is against the most evil and driven serial killer in recent cinematic memory. An especially bloody South Korean chiller.

J is for John Dies at the End. Films like this are why video shops once existed and why Netflix will never die. No one would pay money for this oddball curio, but you really should check out something trumpeting a man made of cuts of meat and a woman who explodes into snakes…

K is for Karate. I’m cheating just a little, but if you want martial arts and haven’t got a time machine to the second room in video shops, this is the place for classic Jackie Chan (Drunken Master 2), Jet Li (Fist of Legend) and… Miscellaneous (FlashPoint / The Raid 2)

L is for Let the Right one in. A gorgeous dreamscape about an undead teenager who just wants to talk to someone their own age; that and drinking human blood.

M is for Man on Fire. Denzel playing against type and the late great director Tony Scott playing to his strengths. Man on Fire takes the avenging tropes and gives something for Liam Neeson to follow. Something he’s done for about six films now.

N is for Netflix Originals. Bojack Horseman. Daredevil. Others I’ll probably get to.

O is for Outrage. Takeshi Kitano goes back to his strength, namely brutal and bloody examinations of what it takes to survive and thrive in the cutthroat Yakuza ranks. See also the sequel; Beyond Outrage.

P is for The Pact. The most underrated and sparse horror film of the past few years needs greater acknowledgment. Make sure you watch it.

Q is for Quentin Tarantino. Pulp Fiction. Reservoir Dogs. Kill Bill. If, like me, you think QT gets automatic Gold Stars for increasingly mediocre work, you’ll know why I stopped a decade ago (and should’ve before Kill Bill if I’m honest), but you can’t ignore his early greatness.

R is for Roadwork. Bill Burr takes on sacred cows and dispels commonly accepted truths, but Dave Attell is the master of the ascerbic and profane one liner. You would never get away with his jokes, but that doesn’t mean you don’t get to laugh along with them in the privacy of your own home.

S is for Stakeland. The similarity in name with Zombieland probably found it an audience, but it also caused too many to skip over it thinking it a rip-off. This is q low budget high concept horror gem.

T is for Three Kings. A high concept, low violence, very adult story within the Gulf War story. Fast, funny and clever, it is proof that director David O. Russell’s emotional torture inflicted upon is cast can sometimes be a good thing.

U is for Universal Soldier: Day of Reckoning. I know I’m not a one man advocacy group for this film, but it is not acknowledged enough for my liking. Unisol 4 is one of the top 10 action films of the new millennium. Get on board.

V is for Valhalla Rising. Nicolas Winding Refn lives to shock with middling effect. Drive and Bronson mostly got it right, Only God Forgives got it all wrong. Valhalla is a polarising, hypnotic, divisive piece of confusing hallucinatory violence. Is that an endorsement? I really don’t know…

W is for Wall-E. Pixar’s hardest sell features a nearly mute garbage disposal robot who likes showtunes and whose best friend is a cockroach. Don’t let that keep you away from magic.

Y is for You’re Next. It’s hardly an all time great, but the bloodletting frenzy that closes the film is always cathartic (if you’re into that kind of thing).

So there you have it. Something for everyone. Something to fill the holiday period for those lucky enough not to get sucked in by the cricket.

While I try to throw a joke or two into proceedings when I can all of the opinions presented in my reviews are genuine. I don't expect that all will agree with my thoughts at all times nor would it be any fun if you did, so don't be shy in telling me where you think I went wrong... and hopefully if you think I got it right for once. Don't be shy, half the fun is in the conversation after the movie.
View all posts by OGR →
This entry was posted in Film, Lists, Love & Hate, OGR Recommends, Showin' Lurve. Bookmark the permalink.