Yes I know it’s lazy just putting “A-Thon” after something, just get over it.

2010 marks the start of Jackie Chan’s 6th decade of working in films, and while he is no longer the automatic draw that he once was he is still a prolific actor with a work ethic that can’t be matched.

So now that Jackie is inarguably on the downstretch of a magnificent career I thought it is a good a time as any to honour the man with his own cinematic marathon, with notes on each film as I go along.

My aim is to follow Jackie’s career through the early stages, on and upwards into the dizzying highs of the 80s, revisit the international success of the 90s and 00s, and continue on until we arrive here in 2010

It’s the least I can do.

There are four entries on the imdb page, two are listed as “Kid”, one as “Extra” and the last has no mention or a role whatsoever.

Jackie started fresh out of Hong Kong torture-camp (read his autobiography) as a stuntman and sometime extra. I won’t be putting myself though most of these, suffice to say “Kid” and “Extra” and “Thug” come up a lot once more.

36 entries on the imdb, aside from the original Drunken Master in 78 and the fact that he appeared in a couple of Bruce Lee films including Enter the Dragon (only in bit parts), nothing is remarkable here.

These are less “Jackie Chan Films” as much as “Films Jackie Chan was in”, if that makes sense, and you can pick these up in multi packs anywhere for next to nothing for a reason.

I have probably seen less than a third of these, and I won’t be hunting the rest down now. The ones I have seen all include the same move-by-move robotic kung fu styles favoured by the era, there is none of the fluidity seen in later efforts, as Jackie wasn’t allowed to choreograph most of these fights, and almost none of the inventiveness that went into “Jackie Chan Films”.

Look no further if you want a decade for the Jackie Chan time capsule, when the 80s began Jackie was in his mid 20s and in peak physical condition (he still is now, only for a 55 year old!), after an ill-fated trip to the US to make Battle Creek Brawl (which in retrospect is okayyyy…) Jackie decided to ignore international markets and make things on his terms. Best decision he ever made.

After a couple more low rent efforts he found his niche in 1983, then over the next 7 years produced an ALL-TIME run of classics including

If they ever made a 10 DVD Best of Jackie Chan collection (and they probably have, but I own them all anyway so have never looked) at LEAST 6 of those films would make the cut. Schwarzenegger, Willis and Stallone could only dream of a run of success like that.

Proof? I’m so confident that I’ll make up a handicap system.

I’ll give them a decade each (Jackie needed only 7 years).

Had the best crack at matching Jackie, 1984 through 1994 was a standout era for action movies, and Arnold seemed to be in most of ‘em. (He really benefitted from his partnership with James Cameron.)

I wouldn’t argue with anyone who claims each and every one of the above are classic action movies, an enviable list that the Lundgrens and JCVDs can only dream of.

In the same era Arnie was in The Running Man, Commando and Raw Deal, none of them would be considered as good as the first 6 but all are highly watchable at least. 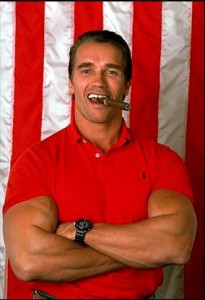 I can’t pick a Bruce era without including Die Hard, it’s only THE action movie every other action movie should be compared to.

Bruce has far more range than Stallone, Arnie and Jackie combined, but we are talking action here so I am going with 1988 through 1998.

Take out the Die Hard sequels and it looks a bit less imposing, they’re both worthy sequels by the way, as was Die Hard 4.0 in a slightly watered down way.

Not included above is Pulp Fiction, no doubt a classic but not an action flick, and it would be a stretch to say Bruce carried the film anyway. Also in the era, Last Man Standing is a solid flick but not a classic, The Fifth Element really is more a sci-fi (but I allowed it in) and 12 Monkeys was hardly an action flick as well.

Worth noting that in 1999 Bruce revived his career again with The Sixth Sense, and that he is the only list member pumping out worthwhile films in more recent times. 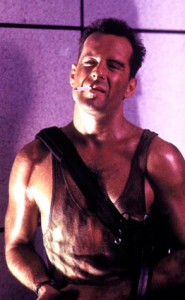 Any excuse for a Die Hard reference.

The forgotten action star, Stallone relied on his two iconic characters to maintain his profile but to give him his due even his non-Rambo/Rocky films were always more entertaining than they should have been for some reason.

Stallone seems to have his finger on the pulse of what the average filmgoer wants and delivers, meaning disposable crap like Over the Top and Lock Up is somehow still entertaining and rewatchable.

Hardly a diverse list really isn’t it? Spotting Sly another decade hardly helps, Cliffhanger, Lock Up and Tango & Cash might be rewatchable as I said but they are hardly pinnacles in action movie achievement, which only adds Rambo 3 to the list. 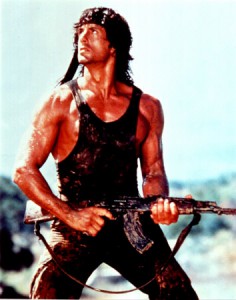 Just to further cement my argument. By changing the start point of the decade to 1988, this is what happens: 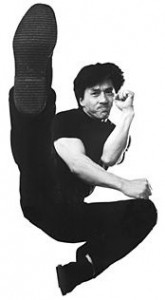 And Rush Hour if I’m nice…

So can we all agree that Jackie Chan enjoyed the most successful run of action filmmaking of all time? (Two actually.)

That period was largely in the 1980s. I will savour going through this era.

The gold rush that started in the 80s ain’t over yet by a longshot. Jackie continues on strong with only a couple of minor missteps as he dips his toes into new areas, notably more straight drama with Crime Story and by indulging his car fetish with Thunderbolt.

City Hunter is probably the most disappointing effort in the decade, but reading his autobiography he justified the attempt by claiming he was trying to break into the Japanese market. The final film was just a little too insane to take seriously, I hope the Japanese liked it.

The unmitigated successes in the decade:

Armour of God 2 – Operation Condor
Police Story 3
Drunken Master 2
Who Am I?
Rumble In The Bronx.

Drunken Master 2 represents the high water mark in kung fu movies for me and many others, it is simply the DVD I would drag out if I ever had to convince anyone that the genre was more than high pitched yips and kicking each other, and Who Am I? is the last Jackie Chan movie that I would rate as a classic, although the 2000s saw him achieve greater international success at last.

Rush Hour was released in 1998 and was a huge success, the first wide release action movie without a white guy in a lead role. It saw Hollywood execs trip over themselves for the next few years trying to somehow get Jackie into a film.

So while the 90s saw Jackie release a few films made in China, the bigger successes came in English language films. Unfortunately though by this stage Jackie was in his mid 40s and even while I didn’t want to admit it a little beyond the “taking on 27 armed guys and throwing himself around a restaurant” stage. His fight scenes continued to be elaborate but no longer had the sheer physical element that often had movie watchers gasping and mentally noting to check if that appeared in the closing credits as an injury outtake, such was the damage that Jackie endured in earlier films.

By the mid 00s, Jackie simply couldn’t do what he used to and so they kept putting him in increasingly demeaning films where his athletic prowess was justified through introducing plot devices with “magical or artificially enhancing” properties. A Tuxedo. A Medallion. The stupid gravity defying gimmick in The Myth. This all served to give the audience a nudge as if to say “Look, we all know this stuff is done with wires, just run with it OK?”

The beginning of the end. After The Myth even I had to finally and begrudgingly admit that Jackie has indeed lost it, and I have reduced my expectations now to the point where it is almost better for Jackie to retire than to keep churning out stuff like The Spy Next Door (which WILL suck) and relying on goodwill earned through the 80s and 90s.

That brings us to the present day….

Jackie has several films on the go. I am on record saying I have abandoned hope that he can come up with anything even worthwhile, so while I eat a teaspoon of cement and dry my eyes let’s set the ground-rules for this thing.

I will only be reviewing Jackie films that I know I can endure, therefore that rules out the 70s and some of the 80s, where Jackie was a pawn and didn’t enjoy any creative control.

If I can track down some of his lesser films I will do so, Battle Creek Brawl for novelty value (even Cannonball Run for some cringeworthy stuff), Winners and Sinners as I seem to remember he had one classic scene in it, and I have never seen Island of Fire so I might take a shot at that.

Similar to the JCVD Marathonne, there are things, signature traits if you will, that tend to come up often enough in Jackie Chan films that they are worthy of tracking:

1/ Are there any “WOW!” fights? Not just fights, WOW! fights. Fights that you feel you need to tell people about.

2/ Are there any “WOW!” stunts? Same deal, just think stunt-ier.

4/ Does he get to use Jackie-exclusive toys? Jackie likes to get unique stuff in his films, especially custom made vehicles, not always necessarily cars too.

I’ll try to get at least a couple Jackie films each week. Let’s get into it. 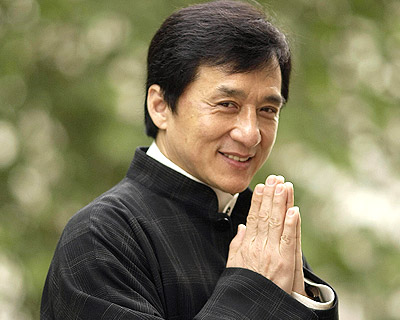 While I try to throw a joke or two into proceedings when I can all of the opinions presented in my reviews are genuine. I don't expect that all will agree with my thoughts at all times nor would it be any fun if you did, so don't be shy in telling me where you think I went wrong... and hopefully if you think I got it right for once. Don't be shy, half the fun is in the conversation after the movie.
View all posts by OGR →
This entry was posted in Film, Great Movies, Jackie Chan, Love & Hate, Showin' Lurve, Superstars. Bookmark the permalink.