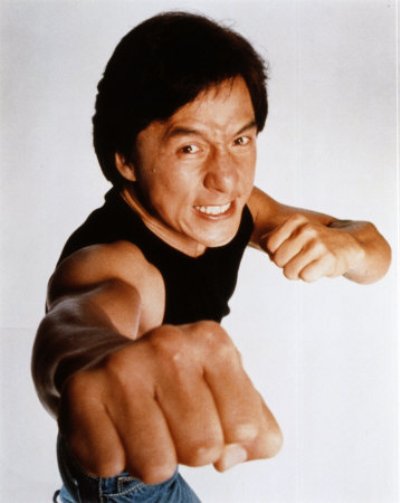 “Who said The Spy Next Door sucked?”

This marathon started on February 22nd with Around the World in 80 Days. In truth I thought it’d last a month, 6 weeks tops. Then I kept deciding to add more films to the list. Then I decided to wait for The Spy next Door to be released, after watching that I thought “it can’t end this way” and waited for The Karate Kid 2010. Even though that film isn’t any better than mediocre it is at least no Spy Next Door!

In all there have been 39 films viewed going back as far as Project A in 1983 all the way to The Karate Kid 2010 that came out this month. Going by my own criteria, a 7 being an acceptable pass mark, an 8.5 or greater an indication of greatness, here is a snapshot of the ~ 40 flicks.

Jackie’s Worst film? As of March 9 it was City Hunter… Then The Spy Next Door was released the following month. Split decision time.

Let’s put this in perspective. Since this site began I have reviewed 350 odd movies with 51 being granted the OGR “Great film” stamp of approval. Drunken Master 2 was the 51st and so far best.

Ignoring some early stuff Jackie came into his own in this decade, no longer a studio puppet after Project A he came to realise the power that he held with audiences and more importantly what worked on the big screen.

This decade gave us 6 Great Jackie Chan films, most notably Armor of God, so it is actually easier to discuss his non-greats. Heart of Dragon was his crack at a serious drama, and while Sammo Hung gave a great acting performance and there were a couple solid fights near the end it was too great a leap to take for most Jackie fans. The Protector was an early attempt to break into Hollywood and basically the film tried to change Jackie’s style too much, it is still the only film that I think has him dropping the F Bomb. Project A Part 2 couldn’t hang with the lofty achievements of the original and Miracles was another period drama, though the fights were exceptional. 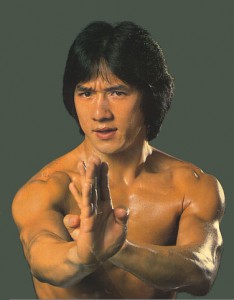 13 films released in this decade, another 5 OGR certified greats. Jackie tried messing with his formula a little much in this decade which didn’t always work, it was also the decade where he saw his first real US success.

Notable missteps included his attempt to break into the Japanese market with City Hunter (so bad), his indulgence with motor racing (Thunderbolt) and a police drama once more with Crime Story which was only so-so.

The decade saw his last truly Great film in Who Am I?, and the high point in martial arts cinema in Drunken Master 2, as well as the classic that helped break him internationally in Rumble in the Bronx, which lead to his first real Hollywood mainstream lead with Rush Hour. Not a bad decade at all. 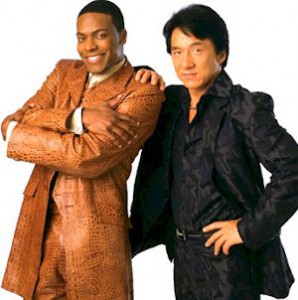 Firstly I’m lumping this year in so there are 16 films to choose from, making the dubbos Jackie’s most productive year… numerically.

Where to start? Zero Great Films and no less than 11 releases being dubbed as “less than acceptable” by OGR standards, a punishing 69% of the decade’s output is sub-par, including the shittiest of them all The Spy Next Door. (Only 3 of the 11 had some redeeming qualities to make them worth at least checking out once.)

The “highlights” of the decade?

But that’s it. My Jean-Claude Van Damme marathon ended (I thought) aptly with his introspective film JCVD where he basically admitted that his time in the spotlight was over. It seems that Van Damme has come to that realisation while Jackie still has multiple “in-production” credits on imdb, has he yet to see the cold hard light of reality staring him in the face? 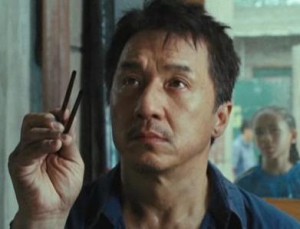 Maybe The Karate Kid 2010 was Jackie’s passing of the torch down to a new generation, if so it was at least done with a little dignity. (One thing is for sure Lil’ Will is hardly the next Tony Jaa, let alone a potential JC wannabe!) Usually with these things unless Jackie himself publicly retires we won’t know until after it has happened and we think “Hey Jackie hasn’t made anything new in a while”.

I look forward to passing my frequently watched DVDs sourced and amassed from all over the globe from dodgy companies and with terrible dubs to the boy when he is old enough.

There is always room for light comedy, unbelievable physical feats, breathtaking stunts and perfectly choreographed action sequences with an absence of real graphic violence and malice.

The problem with being typecast as an action hero is that once your physical attributes are gone you are pretty much screwed unless you have some sort of Plan B.

Nowadays there aren’t many guys entering films that seem limited to one genre, Tony Jaa being the only exception I can think of with Vin Diesel an honourable mention for at least truing to mix some crappy drama films in between his crappy action films.

It is now commonplace for most “name” actors to sprinkle their action stuff in between other genres, Sammy Jackson, Matt Damon and Mark Wahlberg most effectively in recent years, with Bruce Willis getting the career achievement award for staying relevant across four decades.

But where are the 80s and 90s Action heroes?

Seagal into reality TV (where he doesn’t seem to realise he is now the punchline).

Speakman, Lundgren, Carl Weathers and countless others came and went just as quickly (haven’t heard of them? Not surprising).

Mel Gibson had one drink too many, smacked his missus and ran out of chances.

And Van Damme has given up his delusions of megastardom and toils away in the C list. (I did an entire 2 month marathon of Van Damme movies and the man hasn’t released even one Great Film!)

That leaves us with Jet Li and Jackie Chan. (And Jason Statham has emerged as the go-to guy in the last ten years.)

Jet famously claimed he was done with kung-fu films a few years back, fair enough too, the man is 47 now. While his last decade has been patchy, but the highlights: Kiss of the Dragon, Fearless, Unleashed, Hero, The Warlords, definitely cover up for some of the lowlights: The One, Cradle 2 the Grave, War, which are all basically el-cheapo formula crap. I think another Fist of Legend is beyond his capabilities at this stage, but Jet has a few years of relevance left.

Jet was an up-and-comer a few years back, a potential heir to Jackie’s throne, only martial arts movies became a little less bankable and the battle was over before it started, leaving Jackie Chan the undisputed champ!

But that ended with Who Am I? in the late 90s, Jackie has made good films since then, but no great ones. As I started this marathon I tried to space the great films out so wasn’t going to be stuck with watching all his crappy films at once, inevitable over 40 films and 5 decades of stardom. I wasn’t ready though for just how many dodgy flicks he’s made in the last decade or so, and the steady decline in the quality of even his “average” films.

I’m sure Jackie has the cash to allow him to walk away but whether it is stubbornness or love of the spotlight, each New Year finds new increasingly crappy films appearing on his schedule. This is a little sad and to put it bluntly is not helping his legacy. There is now a generation of movie watchers who think Rush Hour or Shanghai Knights are Jackie’s best films, sure they are disappointed with The Spy Next Door but not as much as those of us comparing it with say Wheels on Meals!

Jackie, when even your best results in average output, maybe it’s time to walk away, leave the die-hards like myself to revisit your classics as they are re-released in different formats and laugh as critics call the new action lunkhead release a modern classic.

Thanks Jackie… but no more of this!

While I try to throw a joke or two into proceedings when I can all of the opinions presented in my reviews are genuine. I don't expect that all will agree with my thoughts at all times nor would it be any fun if you did, so don't be shy in telling me where you think I went wrong... and hopefully if you think I got it right for once. Don't be shy, half the fun is in the conversation after the movie.
View all posts by OGR →
This entry was posted in Film, Great Movies, Jackie Chan, Love & Hate, Showin' Lurve, Superstars. Bookmark the permalink.