Danny the Dog – AKA Unleashed (Review) 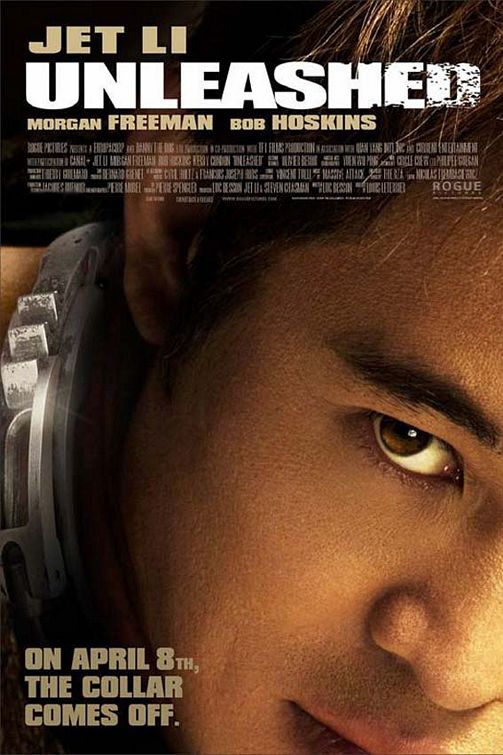 The AKA title, but a better poster.

I don’t know if it is the confusion with the title (this isn’t a K9 or Turner & Hooch clone folks) or the fear that it is one of those films “that I durn got-ta read on the screen”, but Danny the Dog (AKA Unleashed) doesn’t get near the credit it deserves as one of the best action flicks in the last decade. Granted it wasn’t a decade with a shitload of competition, Arnie, Sly and Bruce had a lean decade, Jackie Chan is a little past his prime (as I have been pointing out over the months) and dozens of pretenders came and went, with mebbe Jason Statham giving the best effort.

Danny the Dog, or Unleashed, whichever floats you boat, is strongly reminiscent of the (unexpected) box office success Taken from last year, only I guess with an Asian guy on the cover instead of big handsome Liam Neeson it was never likely to be as accessible and commercial. Maybe they should have put Bob Hoskins and Morgan Freeman on the cover? Sure it wouldn’t have been pretty but this film deserved (and deserves still) a bigger audience.

Jet Li is Danny, in an initially undisclosed way he comes under the wing of Bart, a violent and savage loan shark played with particular vigor by Bob Hoskins. Since a very young age it seems that Danny was indeed treated more as an animal than as a human being, and I don’t mean like a pet. When “unleashed” Danny acts with immediate and ferocious savagery, pounding piss out of anyone in the room that he is not familiar with. Bart uses Danny as instant blackmail; “You pay when you see me, collar stays on… You don’t, collar comes off”.

In fact the opening scene is exactly that, the first words in the film are “Get ‘em”, and Danny hoes into 7 or 8 bad guys with (dare I say it) animalistic brutality and intent. It is a chilling and effective illustration of the Bart/Danny relationship.

As much as I would enjoy awesome violent fight scenes for 100 minutes apparently “society” just can’t deal with a lack of narrative, so one day Danny comes across a blind piano tuner named Sam (Morgan Freeman), he is taken by the music and the fact that the guy didn’t threaten or treat him like shit. These things seem to be good to a guy who eats food out of a can with his fingers, has a frayed teddy bear as his most cherished possession and who literally sleeps in a cage. This momentary delay leads to a chastising from Bart, who during the wait was being set upon by bad guys, (none of whom ever seem to have guns, else they would simply plug a bullet in Bart and Danny and end the film, but moving on).

Bart is cashed up and delighted at the prospect of quick and abundant cash, and he momentarily starts thinking of the future.

As tends to happen a botched revenge hit shakes Danny loose but injured and shaken. Convinced that Bart is dead he goes to the only place that has brought him joy in recent times, and he once again runs into Sam the piano man. Sam recognises that not all is well and takes Danny home for rest and recuperation, where upon reawakening Danny gets to meet “full-on” step-daughter Victoria.

This is where the film loses momentum and at least ½ a cherished OGR Ranking point (I bet they regret it now!). We get to go through a 25 minute stretch where Danny realises all that he has missed, the joys of belonging to a family and what life should really be about. 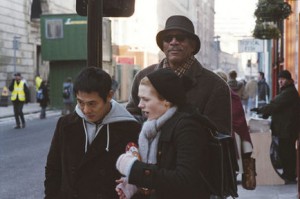 Too much of this…

I know that there must be a reason for the violence that fills the last 20 minutes of the film (and oh what violence it is!) but surely once we’ve identified that Danny is happy and cosy we can move on? I would guess that 10 minutes and a Rocky style “look we’ve come together as a loving family” 3 minute montage would do the same thing and expedite the plot towards the unrelenting shitfight that is inevitable. (And anyone saying that this is not a movie about violence is just kidding themselves, without the violence it has no reason existing.)

Circumstances change when Danny once more finds himself in Bart’s eyeline, Bart immediately makes up for lost time by re-entering Danny in the death matches, and of course Danny must decide if he wants to stick with Bart, a canned diet and the almost daily risk of death; or Sam and Victoria, a cushy lifestyle (and perhaps a crack at Vicky when she is 18).

… Means I must wait for more of this.

There are 4 main fights in this film, two are in the first 15 minutes, the other two in the last 25 or so. Both fights are brutal and uncompromising, as Danny fights with an intensity and desperation born of decades of abuse, the finale in particular is well worth waiting for and brilliant. It features a great fight with a white-clad behemoth that dispels the age-old argument that you can’t have a stand up fistfight in a toilet… What? You’ve never heard of that one?

There is some wirework in a few of the fights but it so well done that it is not obvious, it isn’t there to suggest any superhuman powers as it is in your Crouching Tiger’s and Hero’s, but to highlight falls and the impact of blows and kicks.

Morgan sleepwalks his way a little bit through the film in what is hardly a demanding role and Victoria is only a little offputting, it appears as if she is always on a sugar jag, but I guess many teenage girls are like that. Bob is a great bad-guy, he spits and chews through his dialogue with menace and profanity, seems to really enjoy sticking it to Danny even as he tells him how lucky he is, and any man that can pull off an all white suit gets points from me. But this is Jet’s film, even as a largely mute and downtrodden victim Jet turns on the acting machine. The boy can actually act! I know this has never been requested of him much aside from Chinese language films where (as a non-Chinese guy) I can’t tell how good or bad he actually is doing, but he was actually quite good here, especially in the *GULP* awakening scenes as he realised he’d been shafted for so long.

Needless to say Jet’s fighting skills are not confined by language barriers, and Jet kicks the crap out of probably 50+ bad guys through this film with both style, urgency and sheer force. The fights in this are more violent and visceral than anything Jackie Chan has ever done aside from Drunken Master 2. Note: I didn’t say better, just different, and different is sometimes good…

Very, very good. If you’ve read this far and haven’t seen Danny the Dog yet you should have no excuse from this point on.

Final Rating – 9 / 10. Any “martial arts” fan who doesn’t chub up just a little during the last 20 minutes of this… well they aren’t a martial arts fan. Awesome stuff.