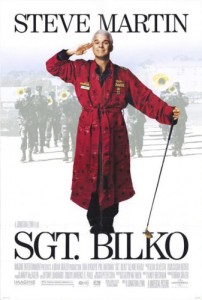 (In no particular order.)

No Carrey, no Sandler, no Ferrell, no Murphy, in fact I would argue that the only recognized “comedy” guy with a track record greater than 5 years in any of these films would be Ben Stiller.

Does that mean Paul Rudd is the most reliable funnyman in comedy today? Unfortunately I would have to argue yes, even though I think he is better at picking scripts than he is at cracking jokes.

I would even put Seth Rogen in the same category, and even after The 40 Year Old Virgin, which I loved, if you had have told me that those two would be the breakout comedy guys I would have snickered.

Realistically, the dubbo’s have been the stingiest or most disappointing decade for comedy heroes. I’ve whinged about this before, but the days of reliable comedy icons monopalising the box office on an annual basis appear over.

Consider the 80s and 90s, Eddie Murphy, Steve Martin and Bill Murray, Vs the 00s, Sandler, Ferrell, Stiller, and I’ll throw Carrey in there. Who will history be more kind to? Every one of the above have stinkers on their resume, but if we go with career highlights only…

Coming To America  vs The Wedding Singer
Planes, Trains and Automobiles vs Elf
Groundhog Day vs Meet the Parents
Liar, Liar

Eddie Murphy had no peers in creating genuine humour from incidental characters. Many guys play multiple roles but Ed basically made it more than just “hey that’s the same guy with a moustache!”, Coming To America and even The Nutty Professor spring to mind, (and yes he did get lazy with it).

Bill Murray pioneered being a sarcastic prick but still being the guy you actually still liked, even though you shouldn’t. In Groundhog Day, Scrooged and even Rushmore had Murray as a bastard, but dang it if I still didn’t like the guy anyway.

This brings us to Steve Martin, the master of being fake. Fake happy, fake sincere, fake angry, fake remorseful. In Dirty Rotten Scoundrels, LA Story, Little Shop of Horrors, Leap of Faith, My Blue Heaven (underrated) and Bowfinger you always knew Steve was too everything mentioned above, happy, sincere etc… but he was always convincing enough in a funny way that set him apart from everyone before or since.

I still maintain that Bill Murray and Steve Martin are the two guys I would laugh at regardless of what they were doing, if they were trying to be funny or not.

So why have I wasted 500 words telling you what you probably already know? Because if you don’t already like Steve Martin there is a 99% chance that you will find Sgt Bilko very underwhelming, as he makes the film his own.

Steve is Bilko, a corrupt, conniving, deceitful and untrustworthy soldier in command of the motor pool an the army base Fort Baxter, but he is all those things in the most PG friendly Disney way.

I would waste a lot of time describing his mannerisms and what would ordinarily be inane chit chat between he and the officers hell bent on bringing him down, as it is generally not what he says or even how he says it to a point. It is just that he is Steve while he is doing and saying these things, which should be obvious.

I just can’t imagine Ferrell being Bilko without hamming and getting near naked or Sandler without yelling and trying all the while to be endearing (there is NO-ONE in comedy that wants to be liked more than Sandler, regardless of who he is playing).

Back to Sgt Bilko, you’ll have to take my word for this, Sgt Bilko is a paint by numbers Disney comedy that should be pointless. It has cookie cutter characters and situations but again if you like Steve Martin you should get more than a couple of chuckles.

Put it this way, about 5 minutes in Bilko asks a superior officer “Have you lost weight?”, if that doesn’t turn the corners of your mouth up switch off the DVD because that is about as funny as Sgt Bilko gets, and even that is only funny becuase of Martin’s delivery.

For some reason that made me laugh, and I laughed often enough to want to see this again in the future at some point.

Final Rating – 6.5 / 10. Shouldn’t work but the presence of Steve Martin adds value to any film and he does enough here to warrant a rental.