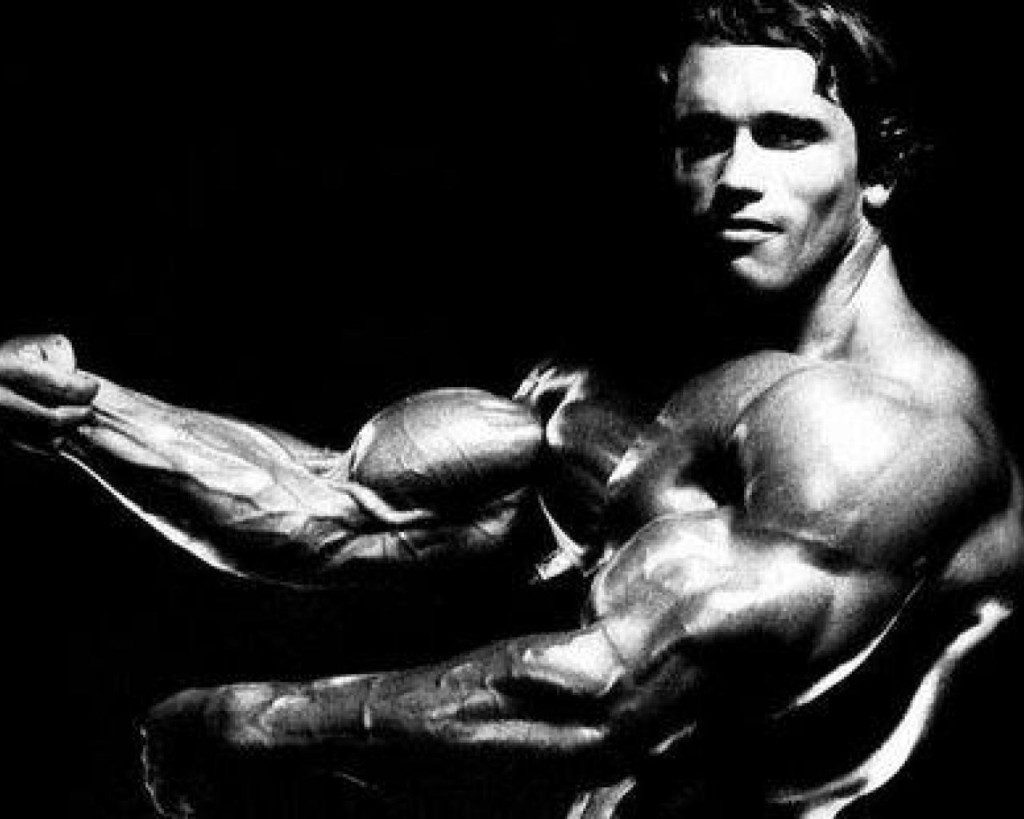 The following is a transcript of a meeting that took place between Arnold Schwarzenegger and the Power Brokers of Hollywood in 2003, shortly after the release and subsequent commercial apathy that greeted Terminator 3: Rise of the Machines.

“Good morning Mr Schwarzenegger, thanks for coming in today.

We asked you in because frankly we’re concerned. For years now we’ve been suggesting that you just call Mr Cameron and apologise for boning his maid (raises palm) no don’t bother trying to explain, we don’t care if you have a thing for portly Mexicans, the fact is that without him you are practically neutered, especially since John McTiernan has lost the plot so rapidly. Just look what he did to Rollerball last year!

But back to you. The evidence is plain as Chris O’Donnell’s performance as Robin in that awful Batman movie Schumacher did. Geez when will anyone realise that no-one can make anything decent from that Batman character? Arnie… I mean Arnold… OK Mr Schwarzenegger… We simply must acknowledge the fact that you haven’t made a half decent film for almost a decade. Look this new Terminator only proves one thing beyond doubt, that this one ain’t your grandpa Cameron’s Terminator.

So maybe you heard, maybe you haven’t, but we at Hollywood have finally got out shit together and started keeping tabs on you so called mega-stars. No longer can we keep financing crap without anyone ever taking a fall.

No this is not a trial…

Let’s look at the evidence against you shall we?” 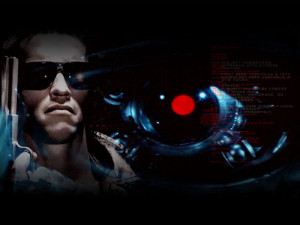 Terminator 2: Judgment Day – Out of respect for the defendant can we at least start on a high? Let us not forget that Mr Schwarzenegger was a key component on what is probably the best sci-fi action flick ever made!

It is well known that you already had your Mega-Star license well before this film was released, however it was this film that made the word ‘Arnie’ synonymous with quality.

Now let’s get to the real stuff. Your license is maintained by continuing to release quality work. Bad films cost you points like any infraction would in a range of 1-3 demerits depending on the egregiousness of the crime against cinema.

You start with 12 points. (Check HERE if you want more info.)

Last Action Hero – Look we normally give one ‘free hit’ here at the tribunal but there can be no leeway granted here. Last Action Hero is such a misfire in every respect that you couldn’t not expect repercussions.

What tries so very hard to be meta ends up indulgent and ridiculous in all the wrong ways. We hated the smarminess and resented the fact that it so obviously felt it was so very clever. This was the film that put you on our radar.
Verdict: 3 Points deducted.           Points remaining: 9

True Lies – Aaaahhhh. The comforting glow of James Cameron in what is surely his most underrated film. Surely all will be well from here on in?

Junior – So Mr Schwarzenegger, didn’t you realise early on that the guys telling you how funny you were, were in fact on your payroll and therefore weren’t serious? Do you really fancy yourself as a comedian? I mean a film about the first man to fall pregnant. (In truth I haven’t even seen it, I just know there will be jokes about tender man nipples and I will be sad having seen it.)
Verdict: 1 Point deducted.           Points remaining: 8

Eraser – That’s it big guy. Stay with what you know, even if you can’t really do it anymore without Big Jim. Just know that we will never grow tired of hearing you over pronounce things like ‘Ee-racer‘ and tell a freshly shot alligator ‘you’re luggage!’
Verdict: 0 Points deducted.           Points remaining: 8 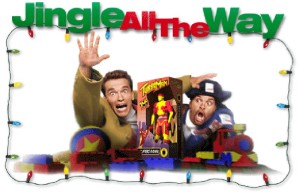 Jingle all the way – Comedy again? No, worse than that; seasonal comedy.
Pitting you against the comic ‘genius’ of Sinbad was almost criminal. In fact we can’t help but think more than one crime was committed here. Jingle all the way is a crime against humanity.
Verdict: 3 Points deducted.           Points remaining: 5

Batman & Robin – Another misfire that awfully delivered quotes won’t allow society to sweep under the rug. The Bat-nipples weren’t enough, director Joel Schumacher felt it was perfectly ok to have you dress up like the world’s cheapest action figure Mr Freeze and spout such gold as ‘Let’s kick some ice’ and ‘tonight’s forecast; a freeze is coming’.

Still the film sucked all over. We can’t lay all the blame on Mr Freeze for this debacle.
Verdict: 2 Points deducted.           Points remaining: 3

End of Days – Those with mercifully short memories might be able to write this off as your last ditch effort to regain your mojo in the later 90s. But we know better… for the worse.

This misguided attempt to bring a supernatural edge to an ‘Arnold’ film only went to show just how far out of his comfort zone you had travelled.
Verdict: 2 Points deducted.           Points remaining: 1

The 6th Day – This looked very Total Recall to us, but without the action and humour that made that a classic. Still the future was pretty inventive and you had to pull double duty as both clone and cloned. So we’ll allow it.
Verdict: 0 Points deducted.           Points remaining: 1

Collateral Damage – It’s a bad sign when every 80s and 90s teen’s action hero headlines a semi-decent action flick and all we could think was ‘I bet Liam Neeson would kick arse if they remade this at some point in the future!’… Assuming Liam Neeson somehow becomes an action star in the future.
Verdict: 0 Points deducted.           Points remaining: 1

Terminator 3: Rise of the Machines – Unnecessary but inevitable, they dragged our favourite cyborg out of retirement for one more crack at Skynet. The film was middling as action films go and obviously atrocious when put against the first two films. But it must be noted in your favour that you were the best thing in it.
Verdict: 0 Points deducted.           Points remaining: 1

We’ll allow it. But that brings us to our meeting today… 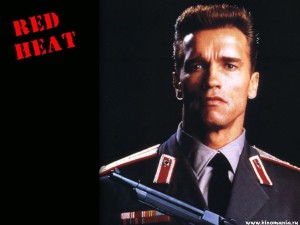 “Mr Schwarzenegger, it is only thanks to your two decade long record of sustained excellence that we are even talking today. On the evidence of Jingle all the way and End of Days alone we have more than enough reason to kick you out of Hollywood for life.

While your last few films haven’t been especially awful it’s obvious they haven’t brought much to the table either, in fact we could say you have been coasting dangerously close to the edge. Many have said you’re too old, too irrelevant, a cassette tape in a CD world.

But the guys in their late 30s and early 40s seem to have a find spot for you, so we’re willing to make a one time offer so long as you don’t tell anyone.

You will be hereby suspended from acting in any major role for a period of not less than 10 years. Out of deference to your former standing as an Action Hero we will not be making this sentence public. It will be up to you how you choose to deal with this suspension.
Maybe you can pull some strings *snort* and tell everyone you’re running for public office or something *chuckle*. You can let everyone think you are actually serious and that you think Maria’s lineage will give you a leg up… *howl*

(Hysterical now) ‘Look we don’t care what you say, the fact is no more acting aside from a crappy cameo every now and then for ten full years!’ 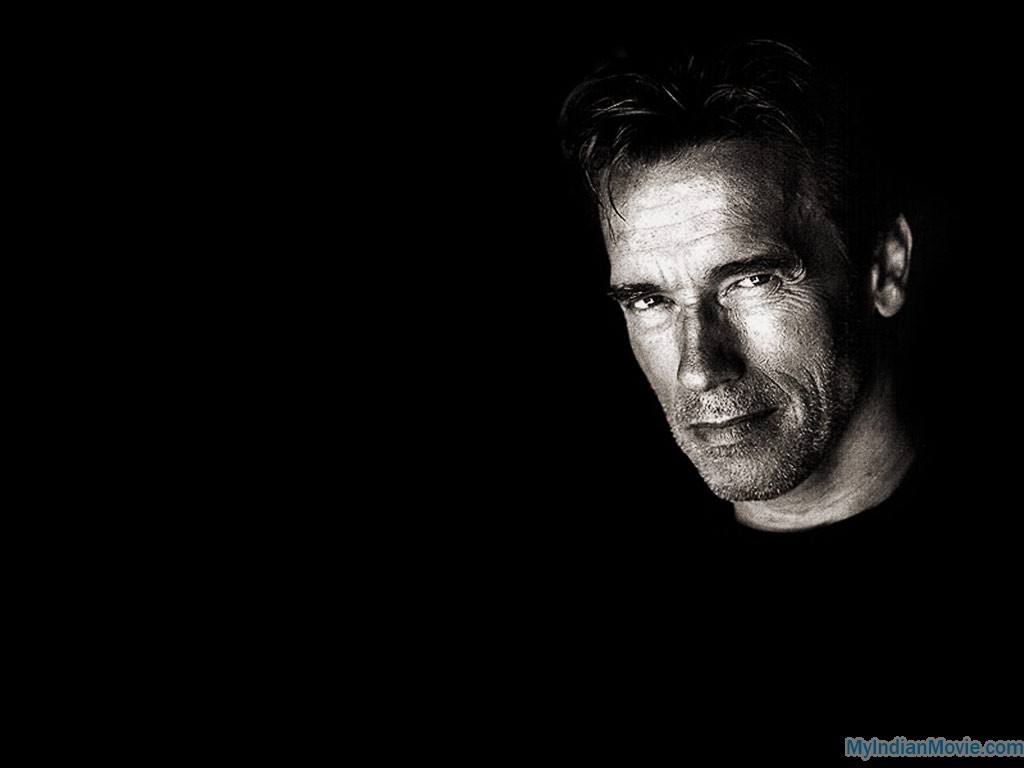 We’ll see you in 2013 Mr Schwarzenegger. Not before…

While I try to throw a joke or two into proceedings when I can all of the opinions presented in my reviews are genuine. I don't expect that all will agree with my thoughts at all times nor would it be any fun if you did, so don't be shy in telling me where you think I went wrong... and hopefully if you think I got it right for once. Don't be shy, half the fun is in the conversation after the movie.
View all posts by OGR →
This entry was posted in Arnie Schwarzenegger, Film, Superstars. Bookmark the permalink.