In defense of… Sylvester ‘Sly’ Stallone

For over four decades almost every Sylvester Stallone film has been derided by generations of critics, precious few having anywhere near the longevity that Sly himself can claim.

Some of this lambasting is warranted (Stop of my Mom will shoot!?!), but most came as a rote response to the name above the title, a knee jerk reaction that “Stallone makes bad movies”.

And he does. Or did. Actually since his revival arrived with the dusting off of his two signature characters last decade, Sly has once again proven that not only has he been around longer than almost everyone telling him he can’t hack it, but also longer than all the Genuine Talents hand selected by the critical brain’s trust to drive Hollywood forward into the next era.

Those guys and gals got old, lazy or ugly. Despite his reputation Sly got only savvier.

Consider his career. A young aspiring actor named Sylvester Stallone played roles as diverse and challenging as Subway Thug # 1 and Youth in Park. Fair enough too, everyone must start somewhere. But after a couple more years of bit roles as mafia goons and cop in background, Stallone took charge. In the mid 70s he made two decisions that kick-started his career. The first was taking the initiative and writing a script of his own, so as to create a character rather than settle for the lame idea of another hack writer.

The second was demanding that he star in it.

The film of course was Rocky, the first of Stallone’s (count ‘em) two immortal celluloid characters. The film was a critical and box office success, striking a chord with a public that wanted to root for the underdog. 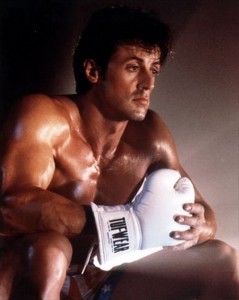 Whether or not a young 30 something Stallone knew what he was doing at that stage is irrelevant, the fact is that if didn’t already realise that the young male mind is a simple invention, he very soon would. The next few years found Stallone edging a little nearer the centre of the movie poster, but he was still hardly a headline act unless he was wearing boxing gloves.

Then in the early 80s John Rambo was born, and it seems ever since then Stallone’s legacy has been assured.

The not so secret of Sylvester Stallone’s success is that he couldn’t care less about the critics, they don’t pay for tickets anyway. In fact Sly goes out of his way to downplay his success and input into his career.

We as an audience are fine with Stallone saving (Daylight), policing (Tango & Cash), protecting (Cliffhanger) and even to an extent comic-book heroing (Demolition Man / Judge Dredd). Hell we even watched him act a bit (Cop Land).

Better yet they want someone else to do all that for them.

So in the 70s Rocky beat up a black guy – sure Apollo Creed was an intelligent, thoughtful character played terrifically well by the likable Carl Weathers, but to middle America he was still a black guy.

Then thankfully the attitude towards other races improved over the years as America and the globe became more of a multi-cultural melting pot, African Americans were treated as equals as they should have been all along. So Stallone tweaked the format, and Mr T arrived as a trash talking, gold wearing, Mohawk rocking, hard hitting killer. Mr T wasn’t a black guy as much as he was a dangerous scary black guy. Then finally a white guy – but a Russian *cough… COMMUNIST!*, full of self importance and performance enhancing drugs, and Rocky single handedly whipped his Commie ass, and if the film is to be believed uniting two superpowers.

Then finally, Stallone took on a normal cocky white guy in Rocky 5, the result? The suckiest movie in the series by far. By Rocky 6 he was back taking on a cocky over-confident black guy again. 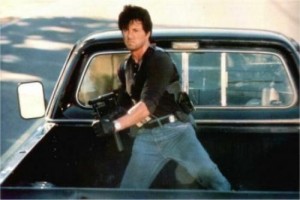 Rambo is even easier to sum up. Find a war-torn region that doesn’t speak English (preferably with a non-white population), insert Rambo and let him go to town.

I’m not saying for a moment that Stallone is racist, but name the last film where anyone shot up an American city that was popular…

The dubbos allowed Stallone to dust off both Rocky and Rambo, to both box office and (limited) critical success (Rocky Balboa was certified Fresh on Rotten Tomatoes, Rambo not so much).

The amazing thing is that this supposed washed up talentless has been reinvented himself by doing practically the same shit he did decades earlier, and despite his advanced age and diminished physical skills found an instant audience and made a bundle doing it.

But where it seems Die Hard is determined to ruin a legacy through overkill, Stallone realised that each of these storylines had reached a dead end. No-one wants to see a guy older than their Dad run around with his saggy arm skin flapping in the breeze regardless of how many people he beats up or kills.

It’s similar to an obscure musician from a bygone era. If they tour with their one or two songs of yesteryear they might eke out a tour half filling tiny venues. But if they team up with three or four other similar acts and form a super-retro tour, then the combined small crowds turn into one large audience there for a good dozen songs spread across many acts. 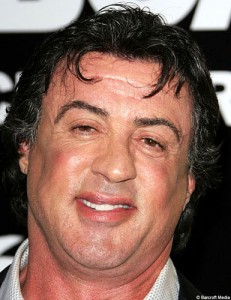 The Expendables is Stallone’s retro-mega-tour. No-one wants him by himself, so he has gathered a who’s who of the ignored, the forgotten and the derided to form the nudge-nudgiest crew of hard men in the history of film. Sure some of them need walking frames to get them to set, and they probably all privately cringe at what they are forcing themselves into, but make no mistake there is almost no chance that a guy 18 – 40 won’t watch The Expendables 2 in the next 12 months, even if we are pretty sure it will suck.

That’s because the cast is larger than the sum of its parts. Who has knowingly watched a Jean Claude Van Damme film in a decade (raises hand)? Dolph Lundgren? Or Chuck Norris? Can anyone name another Stone Cold Steve Austin and/or Randy Couture film?  Jet Li, Schwarzenegger, Stallone himself – relics of another time.

Stallone has taken these wrinkly, disparate elements, sagely added some Statham – the only almost headliner anywhere near this project – given them all guns and a wink and said “Let’s make some money”.

Critics will loathe it. The public will openly deride it and no doubt lament the state of society that these films are even remotely popular (ignoring the fact that between them the cast has made 137 others much worse), and your most annoying mate will tell everyone at the BBQ that “I only watched it to see how pathetic it was”.

Sylvester Stallone himself will count his money, thumb his nose at the critics who make less than he pays his carwasher each month, and flick out his creaky middle digit to those who claim to have watched the film at ironic distance.

He is beyond all this. He has practically invented all this, and now it seems he only does it to prove to himself that it can be done. Even while everyone else laments the fact that it can not…

The only argument more irrelevant than the Prince vs Michael Jackson argument in the 1980s and 1990s was the Arnie vs Sly dilemma. It seemed that for the most part Arnie was hailed as THE action man, while Sly was lost without Rambo or Rocky.

While it’s true that I have far more Arnie DVDs in my collection – and granted only the Rocky and Rambo box sets representing Stallone’s career. It can be argued that without James Cameron, Arnold Schwarzenegger was a mere also-ran, even if you excise either Rambo or Rocky from proceedings. 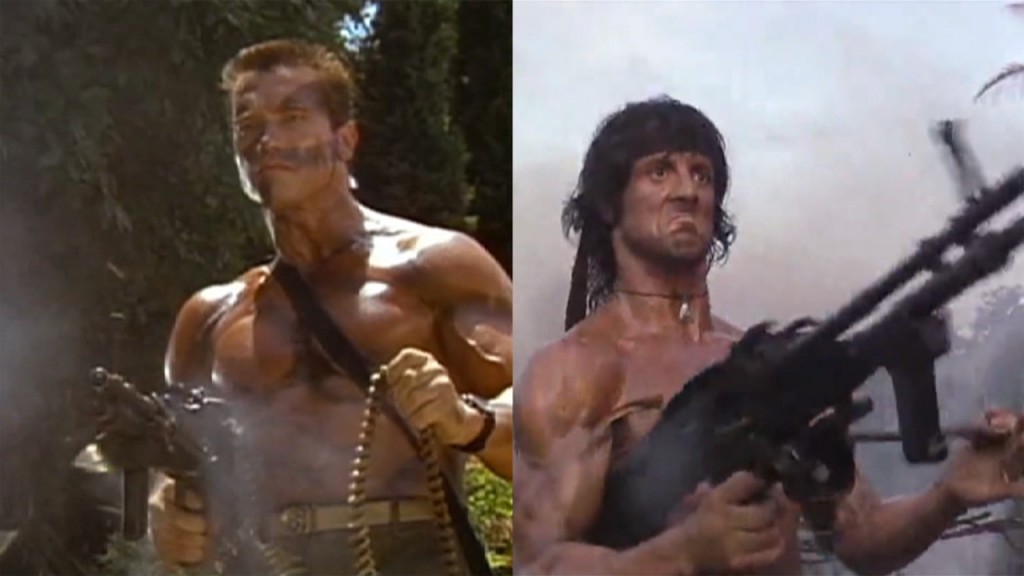 * I opted to leave Rocky out as it started in the 70s.

Ultimately I would still give Arnie the nod, as Total Recall, Predator and Red Heat beat any trio of Stallone’s films hands down. But as you scroll down the list the one thing you notice is how quickly Arnie’s career peters out after Total Recall unless Cameron is involved (T2, True Lies), while Stallone’s highs mightn’t be as high, but at least he was swinging until the end of the decade. Daylight was crazily entertaining despite a limited premise, and Cop Land was the biggest critical hit of his career.

Once again a case of Stallone deserving of more credit than he receives.

The Expendables 2 opens in a week. We’ll see if I feel the need to hastily recant any of this praise.

While I try to throw a joke or two into proceedings when I can all of the opinions presented in my reviews are genuine. I don't expect that all will agree with my thoughts at all times nor would it be any fun if you did, so don't be shy in telling me where you think I went wrong... and hopefully if you think I got it right for once. Don't be shy, half the fun is in the conversation after the movie.
View all posts by OGR →
This entry was posted in Arnie Schwarzenegger, Film, Love & Hate, Showin' Lurve, Sly Stallone, Superstars. Bookmark the permalink.