In Defence of… Eddie Murphy 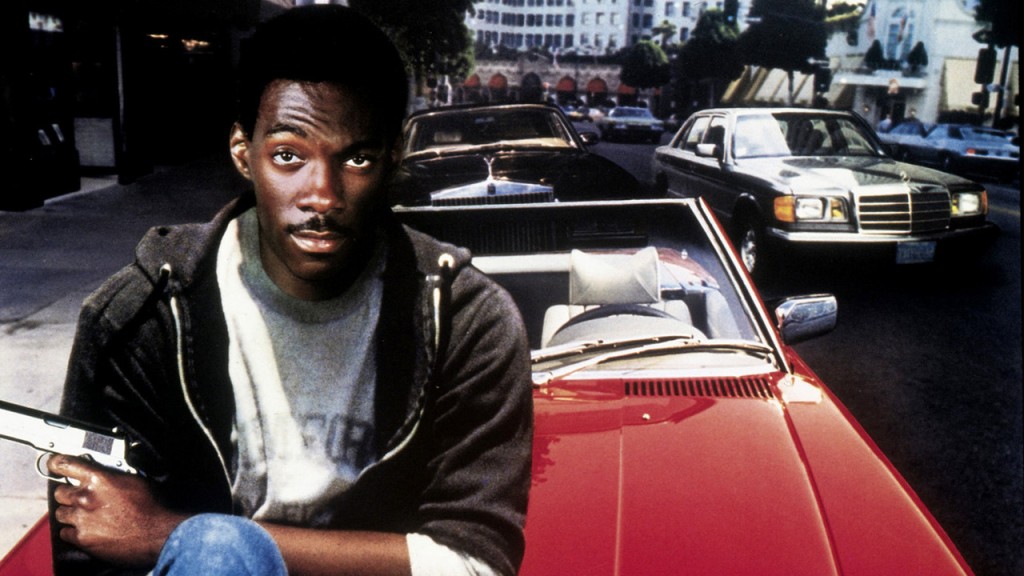 The last few ‘defendants’ in this space have all had practically as many protectors as detractors, Jason Statham, Johnny Depp and even Charlie Sheen all have numerous die hard supporters regardless of the number of potshots taken at them.

The only people who might stick up for Eddie Murphy in the last decade are fans of a seven foot tall green ogre named Shrek.

In truth I can’t pretend to be in favour of anything that Eddie Murphy has done in the last decade, and looking up his imdb page for the era does him no favours. So what I have decided to do is remind people under 30 of a time when Eddie Murphy was the indisputable king of comedy, the funniest, fiercest and freshest face on the scene, and the man responsible for several classic films that remain rewatchable today.

Something that cannot be said for 90% of his output since he decided to clean up his act and go all PG 13 on us. In short Eddie Murphy is the physical embodiment of the phrase “I like your old stuff better than your new stuff”.

So what I will do today is work back to front, decade by decade. We will look at Murphy’s better efforts and why he was so fucking funny (the profanity is a definite hint), before moving to the present day and trying to pinpoint the moment he became sad and incapable of entertainment. 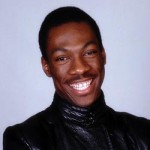 The 80s. Eddie less emerged than exploded from nowhere to become a no holds barred comedy tornado. The comedy was fresh, funny and profane. Murphy was able to swear 37 times in 5 minutes without disgusting anyone but the most puritanical – read: movie critics and the elderly – but young people everywhere drank that shit in. the discovery of Murphy’s stand-up special Delirious on VHS was the highpoint of a great many adult’s formative years, including mine. I watched, rewatched and practically studied that grainy tape for years, wondering how one man could be so hilarious, laughing constantly even at impressions of people I did not know, wondering how any American could look at black people in disparaging light when one of them could be this hilarious.

The impression was indelible and everlasting.

In 1982 Murphy played alongside gruff and ornery Nick Nolte in one of the better cast mismatched buddy action comedies 48 Hours, though there was no way I saw it until the sequel was released in 1989, as I was about 7 or 8  then. My first exposure to Eddie Murphy was no doubt Beverly Hills Cop, in the role of Axel Foley which made Murphy both famous (and rich), but proved above all else that he was also bankable.  Bankable and funny as hell. 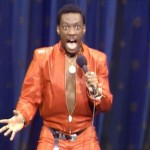 The 80s were also notable for the excellent first sequel to Beverly Hills Cop, The Golden Child, which should have been straight to VHS filler but was elevated thanks to Murphy’s comedic talents, and the immortal Coming to America, which showcased his humour and also introduced the trait that became his Achilles heel in the latter stages of his career – his ability to play multiple roles.

Coming to America is entrenched in My favourite comedies of all time, Beverly Hills Cop might be more famous and favoured by many people, but not to me.

By the end of the 80s Eddie Murphy was already the making films with greater box office than Steve Martin and Bill Murray, and he had somehow tapped into the universal funny bone that allowed practically anyone to enjoy his films if they could look past the swearing and occasional bad taste. 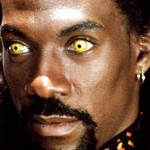 The 90s. Murphy got a little indulgent, then a little desperate, then decided upon a change of pace that ultimately harpooned his career, costing him his edge in the process.

The decade got off to a lazy start with sequels to 48 Hours and Beverly Hills Cop, followed by lazy paint by numbers filler (The Distinguished Gentleman, A Vampire in Brooklyn) and inferior efforts where Murphy tried to ‘stretch himself’ (Boomerang).

The came The Nutty Professor, a reasonably inoffensive remake of a Jerry Lewis film that saw Murphy play numerous roles – often at once – including the two leads of the professor and his braggadocios alter-ego Buddy Love.

Not only was The Nutty Professor pretty funny and likable, it showed that Eddie Murphy could get laughs without resorting to profanity and potty talk – though to be fair there more than a few fart jokes – in hindsight this was the beginning of the end. 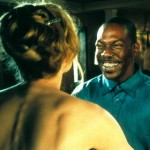 The latter part of the decade saw a mishmash of largely crap, more PG stuff and silly comedies that were rapidly becoming less funny, and only Bowfinger standing out as anything beyond average, thanks in no small part to the teaming up with Steve Martin.

Just as Beverly Hills Cop represented the Murphy’s intro to the mainstream scene, Bowfinger would be his last hurrah as far as onscreen roles at least. 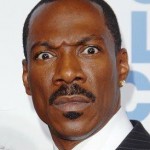 The 2000s. I guess I got this far so I kinda have to talk about the dubbos, might I summarise ten sick and sorry years by merely saying that it is full of sub-par crap, family friendly sub-par crap, and Shrek. With only Dreamgirls notable for not fitting into the aforementioned categories.

Put another way the dubbos were the decade that convinced a generation that Eddie Murphy is the guy that voices the donkey, and nothing more. If ‘I Spy’ is the non-animated highlight of an entire decade then perhaps it is time to rethink your marketing and script selecting strategies.

Aside from I Spy and Shrek (and numerous sequels) the era is filled with kid friendly crap and inferior filler.

This is no way for one of the greats to go out. When Eddie Murphy burst onto the scene his only peers were John Candy, Steve Martin and Bill Murray. Since then, Ferrell, Sandler and even the execrable Rob Schneider have all had shots at the throne, and it pains me to say that Ferrell was perhaps the most successful, at least commercially. Comparing Ferrell’s CV to Murphy’s is simply a mismatch of epic proportions: 48 Hours & Beverly Hills Cop & Coming to America & Bowfinger vs Anchorman, Step-Brothers, The Other Guys and a bunch of the same films only with different sports (motor-racing, basketball, ice-skating)?

Please, Murphy wins that race on one leg. 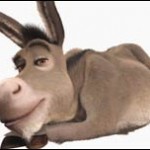 To see the man that gave us Prince Akeem, the long and rambling family BBQ story, the greatness of Axel Foley, even the stupid ‘where’s the spoon?’ bit halfway through the credits of Coming to America, reduced to trying to amuse kids and leaning on fart jokes as his weapon of choice is just sad.

But even at 50 there is time yet for Ed to once again reinvent himself for the better, after all the last few years has seen William Shatner, Robert Downey Jr and even David Hasselhoff burst back into the mainstream (in the case of Shatner and Hasselhoff let’s hope it’s only short term).

Murphy just needs to find his edge, his niche. Whether like Nick Nolte it’s the gruff thing, with Jason Segal it’s the dopey stonerish likability or like Rob Schneider he simply rides the coat-tails of others (have I mentioned lately I still hate all things Schneider?). I just know that in a world where reality morons are famous and adopting a kid is seen as a career move, someone with genuine comedic talent being kept in the shallow end for over a decade is just wrong.

I don’t care if at one stage Eddie tried to pick up a trannie. I don’t care if by knocking up Scary Spice he proved that even a decade later he still has a preference for mannish women. I just think that Eddie Murphy deserves better than going down as ‘Donkey’ for the rest of eternity.

A man with a CV as lengthy and strong as Murphy’s deserves better. 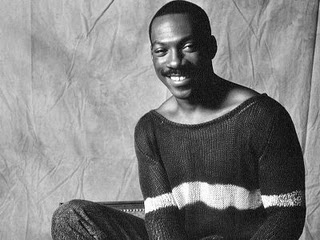 48 Hours: Ed plays a foul mouthed, irreverent convict with a mistrust of authority and Nick Nolte in a classic mismatched buddy action comedy. (Watch with ‘Another 48 Hours’, they’re basically the same film).

The Golden Child: Not mentioned in the same vein as his ‘classics’, The Golden Child is a funny action comedy that revolves around Murphy’s ability to be likable and amusing.

Beverly Hills Cop 1 & 2: In Axel Foley Murphy became a character for the ages, a gritty profane street cop thrust into a pristine and ill-prepared setting of high-rolling Beverly Hills. Watch the sequel too. There was no third film!

Shrek: Credit where credit is due. Shrek 1 (only the first), is fresh, funny and equally entertaining to both adults and kids. Of course it was followed by three sequels that were only powerful enough to suck my will to live.

If none of those are available The Distinguished Gentleman and I Spy both have their moments, with I Spy’s ‘Sexual Healing’ scene representing the last time Eddie Murphy was truly funny on film.

I watched Eddie on Letterman a few nights ago and if he didn’t bust out a couple of the classic voices momentarily you might not have known it was the same guy who made stomachs sore and eyes water throughout the 80s. He was reserved and frankly a little banal, there to shill his new flick Tower Heist.

After seeing the preview I am a little on the fence, we’ll see how it turns out.

In addition, expect a lot more ‘Classic Ed’ movies like those mentioned above in the next few weeks. And some of the not so classic like Pluto Nash…

While I try to throw a joke or two into proceedings when I can all of the opinions presented in my reviews are genuine. I don't expect that all will agree with my thoughts at all times nor would it be any fun if you did, so don't be shy in telling me where you think I went wrong... and hopefully if you think I got it right for once. Don't be shy, half the fun is in the conversation after the movie.
View all posts by OGR →
This entry was posted in Eddie Murphy, Film, Love & Hate, Rants 'n' Ramblings, Showin' Lurve, Superstars. Bookmark the permalink.