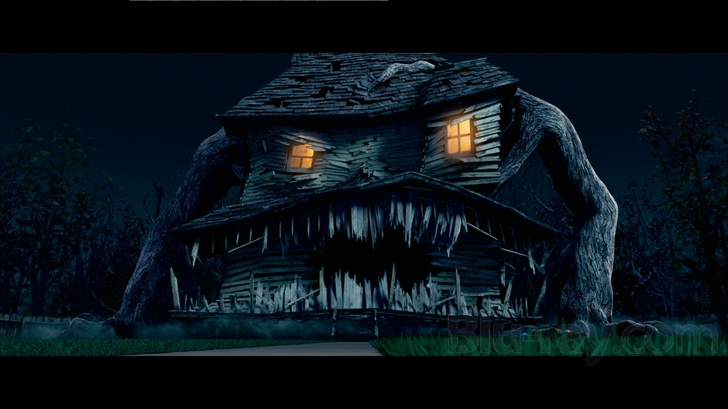 Here’s a quick game that is entertaining and informative. With a million low budget horror movies about these days and only so many ways to effectively scare, it is inevitable that there will be occasional duplication of effective methods.

What separates the crappy from the creative though, is the lengths that some filmmakers will go to, to alter the source material just enough so that it becomes something almost original. Then there are just as many of the ‘old faithfuls’ that a hack will lazily inflict upon us.

So here we have in no particular order, a list of scare tactics so played out that you wonder why people bother including them, yet nonetheless they appear and reappear every single year in crappy films the world over. 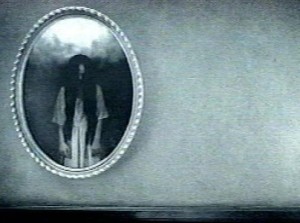 –          The Mirror: Our protagonist stands before a mirror, then, either as they exhale or turn to walk away from their momentary indulgence (everyone has time for a mental ‘check yo’self’ selfie in a horror film!) their reflection either makes a LOUD NOISE, jumps about, or does something else, (hopefully something a little more subtle) to unnerve the audience.

Who did it best? Evil Dead 2, when Ash’s reflection literally reaches out from the mirror to grab him. 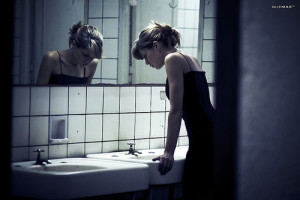 –          The bathroom mirror: The same but smaller. In this circumstance the protagonist pauses for a moment to gather their bearings, and what better technique than the old ‘open the bathroom vanity before splashing a little water on one’s face’ technique? (2 things; who has a bathroom vanity anymore? And what are they looking for? Panadol?) Then, as they rise and sensibly shut the cabinet door – HUGE SCARY MONSTER THAT WASN’T THERE A SECOND AGO.

Who did it best? Evil Dead 2013 proving a remake can thrive with all new clichés… 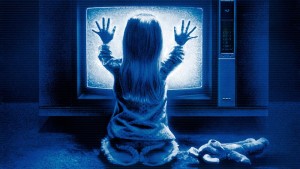 –          The resurrecting radio / TV: Momentary peace is disrupted when something that was previously ‘off’ is unexpectedly turned ‘on’ by someone/something. I’ve seen radios, TVs, even record players. Regardless, all of them beg the question “Um which of you living beings wanted some tunes around here?”

Who did it best? Below, an underrated little submarine horror gem.

–          The random door slam: I am beginning to think ghosts and monsters might actually be more civic minded than they are given credit for. If they’re not putting on some nice songs or turning the TV to their favourite station, they are thoughtfully closing doors that were so carelessly left open by us careless mortal folk. Unfortunately given that most beasties don’t have good eye to hand co-ordination, the door is usually closed with a BANG!

Who did it best? The first Paranormal Activity built a franchise on moving things that shouldn’t have been moved. (The Sixth Sense flipped the LOUD NOISE thing by panning away and back to reveal every previously closed door in a kitchen to have become suddenly – and silently – open. That raised more hairs on your neck than the BANG ever would.)

–          The dream scare: The surest sign of an ordinary horror movie occurs once the closing credits roll. If you think back and the most effective scare in the previous 90 minutes occurred during a character’s dream, the film you just finished wasn’t very good. In dreams the characters that aren’t allowed to die can be killed unexpectedly and in gory fashion, your children can turn into the undead and previous events can be revisited with more unfortunate outcomes. (Sometimes it’s very good though.)

Who did it best? The Descent (couple of times), most memorably the final frames – depending on which version you’ve seen. 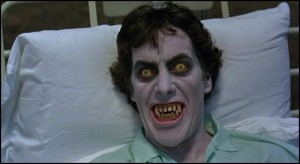 –          The double dream: You’ve awakened from the initial dream scare. You’re drenched in sweat and instantly wide awake, still coming to grips with the fact that what was just so vivid is in fact not real. Then you rollover and BLAMMO! It was a dream within a dream!

Who did it best? You can’t beat An American Werewolf in London, where the soon to be werewolf David awakens from one insane nightmare about Nazi ghouls, only to run directly into another. 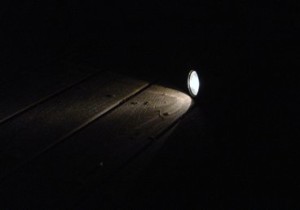 –          The shonky flashlight: Does no-one expecting supernatural contact ever think to refresh the batteries in the torch every now and then?

Who did it best? The always awesome [REC] 2, where the SWAT team’s flash-light’s seem to only be capable of casting an arc the size of a tennis ball. This leads to constant squinting and tension, and multiple pay-offs. 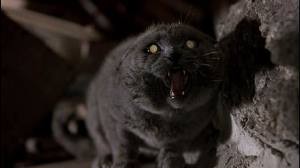 –          That fucking cat: (Adopts ‘girl from Predator’ voice) “Only in the tensest scenes this happen. And this scene, it grows much tense. We begeen finding our pets. We find zem sometimes in the cupboard. Sometimes jumping from bushes… and sometimes jumping from far, far lazier places. We call zis “that fucking cat”, which means ‘good time for you to appear from nowhere kitty, miaowing louder than you ever have before’.”

Who did it best? The Grudge . Many, many times. 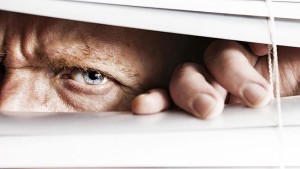 –          The silent neighbour / random guy: Our protagonist is wound up, on edge and ready to snap. Then without warning the neighbour APPEARS FROM NOWHERE! to borrow a cup of sugar or something similarly innocent and inane. This is often accompanied by their hand appearing from offscreen to grab the protagonist’s shoulder firmly. Think for a second, which person have you ever grabbed from behind without warning without wanting to scare the shit out of them? I’ll wait…

Who did it best? Well Fright Night was pretty much all about the scary neighbour. He wasn’t so shy though. 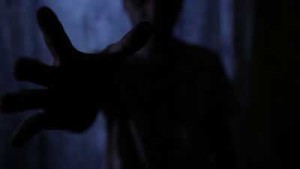 –           The Shoulder Grab: I’ve said this before, but if a random figure stands motionless and facing the corner of a room thought previously deserted… Let. Them. Be. No-one ever turns around and just says ‘Hi’…

Who did it best? Grave Encounters wrote the book on this one (Poltergeist 2015 made a mess of it). 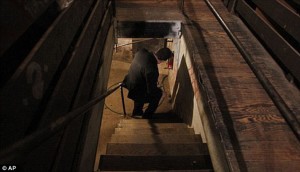 –           So, like, don’t go in the basement: When has it ever been a good idea to wander down to the old basement. I’ll tell you, NEVER. There’s always something down there; unseen, lurking, waiting for you to come down to look for something or someone. And let’s face it, no-one keeps important things in the basement anyway, it’s always full of the crap that you can’t yet bring yourself to throw out.

Who did it best? Shout out to The Conjuring, where the Marco Polo style ‘hide and clap’ goes to strange new places. 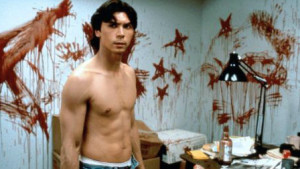 –          “And I’m telling you he/she/it was there a minute ago.”: Chaos. Bodies are strewn about. Blood is everywhere. Clear evidence of all that you have been saying all along to anyone who’ll listen. You run, grab someone and demand they follow you to the undisputable proof, which you only realise after you open the door… is gone. Open questioning about your mental capacity usually ensues.

Who did it best? The First Power, another too often overlooked example of quality B horror, with Lou Diamond Phillips pursuing – and being pursued – by the undead Jeff Kober in a memorable turn.

Funnily enough – or not given your side of the fence – the Evil Dead remake of a couple years ago is absolutely chock full of what you would call clichés, including more than a couple of those listed above. I can normally understand and accept the odd return to old faithful techniques, but not when it is the ‘highlight’ of the film.

A cliché or repetitive scare is all well and good if used well – and the Evil Dead 2013 film does use most of them well – but they are essentially filler for what are hopefully the better, bigger and more original frights that we would hope form the film’s  core.

To take this point further; If a ‘dream scare’ is the best and biggest scare in your film, you are lazy, your film is probably lacking, and you should go back to the drawing board before unleashing it.

While I try to throw a joke or two into proceedings when I can all of the opinions presented in my reviews are genuine. I don't expect that all will agree with my thoughts at all times nor would it be any fun if you did, so don't be shy in telling me where you think I went wrong... and hopefully if you think I got it right for once. Don't be shy, half the fun is in the conversation after the movie.
View all posts by OGR →
This entry was posted in Film, Lists, Love & Hate, Playa Hatin'. Bookmark the permalink.