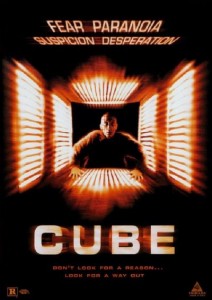 This one’s for you Doona!

TOG hasn’t always been married, but for almost as long as I have known him he has been in the company of the same fine woman, now his wife.

For some 14 odd years I and TOG have traded verbal film reviews back and forth regarding probably thousands of films, we pretty much have a handle on what the other would think about a film regardless of how we personally view it.

For example, there are occasions where we will be on the phone and I might say:

“I checked out Daredevil last night.”

“What did you think?”

“I thought it sucked, but you’d probably like it.”

The above convo actually happened and is actually true, for some unknown reason TOG likes the suckiest comic book movie ever made: Daredevil.

So many years before Daredevil we were chatting and I mentioned a film that I had seen which was a bit odd but I said he should give it a look.

Now this early in their relationship so I didn’t think to put the disclaimer “But maybe you watch it alone, I don’t think it is your missus’ cup of tea”.

I should have, because that movie was called Cube.

Cube is original, uses no gimmicks or trickery, and doesn’t dumb down anything to please the audience. It is by no means the best film going around or even in the top 20 films of 1997 probably, but I thought it was worth a look then and I still do now.

I view Cube as similar to Pi and Primer, two low budget flicks that took a risk and made strangely compelling and interesting films. They might not stack up to your Die Hards, T2s or Alienssss, but they give a bit of much needed variety.

Now that I have said that I talk to TOG about movies regularly, and we discuss possible movies that we plan to see at the cinema or what we have recently watched at home, at least twice a year when his wife is in earshot of our conversation if I say I liked a film, any film, I hear:

A guy wakes up in a large empty room with metal walls, floor and ceiling, he opens a door which leads into an exact copy of the previous room, walks into the room and is immediately and without warning sliced and diced, Resident Evil style by a booby trap that he triggered.

In other rooms more people wake up, each in their own room, it appears that all rooms are interlocking and one by one they meet. No-one knows why they are in the rooms, how they got there or what happens next, but they know this isn’t the office Christmas party.

Initially there are 5 “inmates”, three guys and two women, as they interact and query their predicament it becomes evident that there is no easy similarity between them all or reason for them being there, there is a doctor, a cop, maths student, an “escape artist” and a person who describes himself simply as an office worker.

They ponder and plan how they might escape from the situation that they are in, theories and plans are hatched and most immediately shelved, but after moving carefully through a couple more rooms using a bait approach to show any booby traps their number is suddenly and graphically reduced to 4. More clues are discovered, more theories are introduced, and they come across another inhabitant in the maze.

The new chum is best described as a more highly strung rain man type, capable of certain logical thought but largely useless for the group’s short term goals, and in fact a hindrance in many situations.

As the group don’t know each other a certain level of snippiness and resentment is inevitable, though it does feel a little forced on occasion, even when their circumstances are considered. They continue musing why them? why there? and who did this? but no simple answer is provided.

When a breakthrough is had, the group dynamic changes somewhat, as allegiances are formed and dissolved and paranoia rules, ultimately leading to betrayal, treachery and violence, as any good story should.

Without going into who dies first, why they are there and if any manage to escape, I must give credit for the filmmakers efforts to at least try to make things interesting. This is obviously a low budget production but they manage to squeeze as much as they can from the limited sets and what is likely a minimal special effects budget.

This is a reasonably smart, if sometimes baffling exercise in building tension and creating uncertainty and unease, and for the large part it succeeds. There are no explosions, no snappy one liners or gratuitous hotties, and only a few scenes of violence or gore, and so when they arrive they actually have a bit more impact as we are a little less desensitised.
Final Rating 6.5 – 10. I can’t unequivocally recommend Cube for everyone, but if you don’t mind the odd experimental arthouse-y flick, this is more interesting than 20 Transformers movies, despite an absence of Megan Fox’s tanktop.