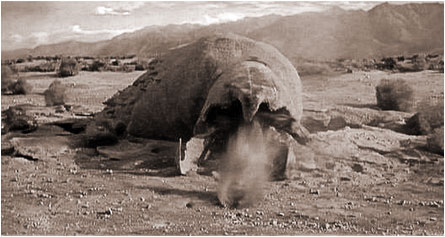 Tremors was a minor surprise upon release in 1990, a small feature with one ‘small s’ star on the rise surrounded by a bunch of characters actors, all feigning terror as giant underground worms pick them off one by one. Since then it has seen its staying power acknowledged by the film industry, and its legacy defended by thousands of earnest film geeks worldwide, myself included (link).

Hollywood then latched on, seeing a potential franchise akin to a low cost, no frills car brand that nonetheless is seen as reliable. Every year a new model rolls off the assembly line looking remarkably similar to the previous year’s, with only minor enhancements and upgrades, none of which alter the makeup significantly.

In cinema as in life, the ‘known quantity’ gives comfort to many. The prospect of seeing something that is already familiar and acceptable often trumps the new and potentially innovative, even in the case of giant underground worms…

The fact that the inimitable Tremors spawned not 1 but 4 sequels shouldn’t be a total shock in a world where Critters and Ghoulies saw more sequels than Gremlins and The Descent. But then again as Milla Jovovich says regarding her unearned bi-annual Resident Evil paycheck; “you suckers stop giving us money and we’ll turn off the slo-mo S&M crap generator”… or something like that. 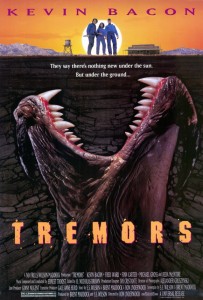 I reviewed the first film here. Fair to say that re-reading the contents I was a little over the top. Equally fair to say I don’t retract anything said… It remains one of my all time faves, and one of less than a handful of films granted a 10 / 10 score.

Perfection indeed. But of course there were the sequels. So let’s see how they stack up. 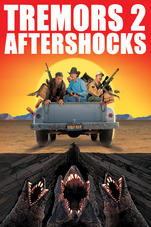 Tremors 2 immediately rings alarm bells. Gone are Val (Kevin Bacon) and geologist Rhonda LeBeck, presumably shacked up in marital bliss far from the dusty Perfection kill zone. And while the Graboids are still around, they have moved elsewhere, far far away from Perfection.

Earl (Fred Ward) doesn’t miss the Graboids. He does miss the momentary fame that their discovery brought the survivors of the first assault. He certainly misses the money that the fame generated, money that was subsequently pissed away on bad investments.

So when Earl is approached with news of the Graboids’ return by a gung-ho Graboid enthusiast, he initially declines, before the lure of Big Money sways his decision and he agrees to come in as a ‘consultant’.

With better equipment, advance warning and the knowledge born of experience, Earl and the eager beaver start well, before it rapidly becomes all kinds of inevitable, worsening still when an entirely new development arrives with all new challenges. Time to call in the big guns. Time to call Bert.

The arrival of Bert is certainly most welcome, but the film lacks the laid back dynamic created by the large cast of the original film, especially the easy back and forth between Val and Earl. With Earl now the leading man and Bert far more than the crazy paranoid loner (though he remains that too), it seems the burden to be whip smart and effortlessly hilarious is too great to bear.

Bert gets a couple decent lines, Earl gets to flirt back and forth with a shapely cougar, and the Graboids Mark II are well realised and effectively integrated into the Graboid universe. Tremors 2 isn’t a patch on the immortal first film, but it is pleasant, funny and competent enough to warrant worthwhile status, as much because it doesn’t betray all that made the first great.

Final Rating – 7 / 10. If Tremors didn’t exist, this film would be a pleasant enough surprise. As it is, it is a reasonable enough – albeit unnecessary – replica.

Tremors 3: Back to Perfection

It seems the main problem with keeping the crew together is women. Val was seconded off by homely Rhonda, Earl was apparently nabbed by the ex-Playboy bunny. Advantage; Earl.

With Bert suffering the opposite fate of having his wife leave him due to concerns regarding his ‘mental state’, he retreats back to the comfort of Perfection, and his heavily armed and secure home, presumably to await the zombie apocalypse or alien invasion.

Bert resents the sham Graboid tours that capitalise on gormless tourists and the legend of the first encounter, but the tour operators are ultimately harmless shysters after easy money. He puts up with the cash in toys, maps and trinkets sold by Walter Chang’s daughter in the newly renovated general store. No Bert lives his own life on his terms, paying only cursory attention to the pleasantries of the Perfection locals (pretty much everyone bar Val, Earl, Rhonda and Bert’s wife are back for the threequel – or in other words everyone that wasn’t all that important).

Of course the faked tourist experiences don’t require faking for long, not once the latest batch of Graboids return, complete with yet another upgrade *ahem* evolutionary development.

This sequel doesn’t fare as well as the first. The new variant requires CGI assistance, and the budget just doesn’t seem to stretch far enough to make it credible. Without both Earl and Val to riff off Bert must assume leadership duties, which seems at odds with his lunatic conspiracy theorist persona. Surely repeated encounters with giant underground killer beasties cannot make someone less on edge?

Tremors 3 is an example of going back to the well long after it has run dry. It is an example of a concept done to death. It is a sure sign that even the most evolutionarily gifted creature can be killed off by repetition…

Final Rating – 6 / 10. No-one knows where they came from, but on this evidence it’s time for the Graboids to be extinct. 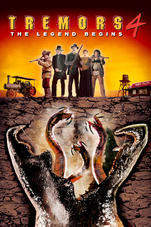 When your ‘origins’ tale doesn’t actually provide an origin story nor a plot that significantly differs from all three predecessors, it becomes merely ‘Olden day Tremors’, only with all of the familiar characters and joy extracted.

The sleepy town of Perfection was originally called Rejection (chuckle), a home to the shunned and unworthy, kept afloat only by the small mine just outside town that barley provides enough income to maintain the general store.

When the mine closes abruptly without any explanation, mine owner Mr Gummer (Michael Gross with a moustache and no sense of personal pride) arrives for an explanation. Instead he finds a town on life support wondering where the 17 miners disappeared to.

But we know don’t we kids?

Tremors 4 has about the same running time as the rest of the series, but it feels longer. It seems to have much the same budget, but it looks cheaper. It has the same core premise, but aside from one cool camera shot it is inferior in every way.

With the surprise, humour and rich characters gone, all we’re left with is the dry and arid dustbowl that is Rejection. The mine isn’t the only thing exhausted. Tension and laughter generated the first tremors, now it is the flimsiness of the premise and the lack of interest that sees the Tremors franchise on shaky ground.

Final Rating – 5 / 10. There must be fewer fans of Tremors 4 than there are residents of Perfection. 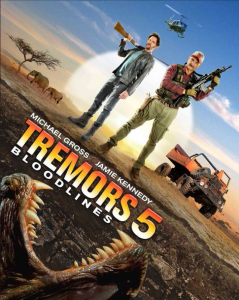 Sigh. It exists. So let’s deal with it.

Burt Gummer is somewhat predictably living off the small notoriety gained by being present at the small town of Perfection some quarter century ago. He fronts a *natch* reality show that deals with big monsters; monsters like graboids…

Burt is called to South Africa with news that the graboids have literally ‘resurfaced’. While they share similar traits with the creatures from films one through four, Graboids V 5.0 come with a new ‘twist’. This ‘twist’ (apostrophes there with reason) is perhaps the only new element worthy of mentioning here, and it takes an hour of reminiscing about the earlier films before this one supplies the money shot.

Burt is saddled with both a dull plot that continues to bring up the best bits of the earlier films (mainly the first obviously) while contributing nothing that will add to or best any of them, and a sidekick who himself is twenty years past his ‘useful date’… though because it is Jamie Kennedy maybe he never actually did have a useful date.

In any case Jamie Kennedy appears as a danger seeking camera guy who steals a paycheque for the film, and twenty five butchered lines that could have been given to an actor with an actual future. (Yes I don’t like or respect Jamie Kennedy.)

I keep mentioning Burt, because he is the only non-subterranean tenuous link between this and the first glorious film. If it weren’t for him the franchise would die and we wouldn’t have to put up with legacy staining crap like this.

So Burt, I just watched a film in which a lion urinated on your face in the name of comedy, before you went back to sleepwalking through this Direct to Streaming nightmare. I implore you, please retire.

Final Rating – 5 / 10. A film as far away from Perfection as you could be. In every sense. 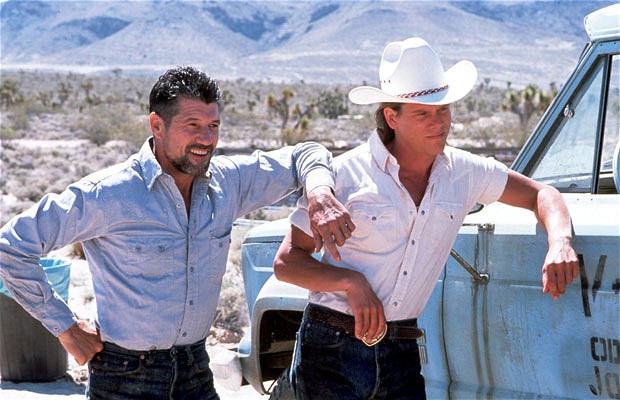 Twenty-five years and four sequels since the classic original burst through the ground. We can’t change the fact that the third and fourth and now *UGH* fifth film exist, but should take solace that one day in the late 80s, a guy thought that a film about giant underground worms might be a good idea…