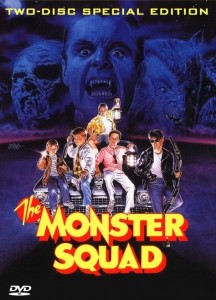 A while back I was in the video shop taking an interminable time selecting my 5 weeklies as I do, when I heard a couple of kids yapping about what movies they had recently seen. Basically they were each trying to one-up each other with claims that they had already watched the most violent and graphic films going around, these included Hostel, the latest Saw flick, (probably Saw 17 or something) and others.

I remember this because they were literally “kids”, neither could have been more than 11 or 12, and here they were aiming to win kudos not for the movie, but how gory it was. It is easy to do when you’re that age but there are still adults going around thinking and doing the same things, I think for a short time I was one of them.

My point is this: If the only measure of your movie watching history is how gory something was, or how many characters died in horrible fashion, you’re not getting it.

But this is exactly why the Saw and Hostel and countless imitators are successful. A large number of people don’t watch these movies to be entertained, they attend so that they have a story to tell the kids at school or the guys around the fryolator the next day. This sheep mentality is also to blame for the cargo pants sensation of last decade, here we have some horrible bloody impractical, ugly and pointless items of apparel, yet they were inexplicably (and massively) popular for a year or so, until people woke up and realized that at times it is OK to think for themselves.

Then everyone went back to watching reality TV and waiting for the ad breaks to be told what they were soon to purchase.

So what the hell does this have to do with the 1987 movie Monster Squad? I don’t even remember anymore…

No wait, referring back to the top paragraph, THIS is what pre teen boys hungry for a horror fix should be watching, sure it’s a kiddy flick, isn’t remotely scary and is hardly going to ensure a crowd of kids hanging onto your every word at recess, but it is for kids, and Hostel and Saw sure aren’t. (I’m not even sure they are for adults, cos between Hostel 1 & 2, and Saw 1 through 6 (with more to surely follow), only the original Saw was even worthwhile, the rest were at best ordinary time killers.)

Monster Squad is a little known horror film about a bunch of kids and a bunch of famous monsters battling over who has the upper hand, good or evil. It is what I would imagine Disney would come up with if they ever decided to get into horror. It is innocent, amusing without ever being funny, and has nothing that would give anyone in double digits nightmares.

As an adult this is the sort of movie that you don’t mention until you are old enough to look back and say things like “I remember when I was a kid I saw The Gate, and it freaked me out at the time” and laugh about it.

When you’re 18 you don’t tell that story.

I can’t for the life of me think what my first horror movies were, maybe Evil Dead or something similar, but I think I missed out on a few good PG ones in my teens, Monster Squad is one of those.

100 years ago a dude named Van Helsing had the chance to kill off monsters altogether.

Once and for all.

Turns out every 100 years on a certain night evil and good both get the chance to do away with the other, evil if they manage to break an amulet that is indestructible the other 99 years and 364 days, and good if they can get a virgin female to read aloud a passage from Van Helsing’s diary.

Now Van Helsing’s diary just happened to be bought by a thoughtful Mum, and gifted to her young boy Sean, who happened to be the leader of a group of monster aficionados. All the kids are between 5 and say 15, with Sean’s kid sister also wanting to join.

Meanwhile to complete the deal, a plane filled with mysterious cargo flies over their town, and events transpire so that it loses some valuable cargo.

ESPN would market this as the ultimate underdog story.

And some sort of Fish creature!

Together on the same team for the first time!

And in the red corner: A bunch of pre-pubescent kids led by a 10 YEAR! OLD! BOY!

This Sunday. At the haunted mansion.

So Sean’s kid sister befriends Frankenstein’s monster, who was actually on a mission to kill the kids and get Van Helsing’s diary, (never send a random collection of bodyparts to do a vampire’s job). We get a neat little 80s montage of the kids prepping for the battle, including silver bullets, bow and arrows and making nametags, and then it is on to the monster’s hideout.

No surprises at what happens, there are a few attempted jump scares, some high pitched screaming, some stake and silver bullet work and many hugs at the end.

Everyone learns something from the experience, previously inept kids gain respect, families come together and good triumphs over evil.

Best of all, it’s 80 minutes long – Get to the plot, keep things moving and throw in some attempted humour periodically.

There is even a horribly ½ rapped theme song over the closing credits, ahhhh the 80s.

Final Rating – 7 / 10. A good (older) kid’s movie. There needs to be a bridge between Dora & Finding Nemo, and Cannibal Apocalypse and Face-Slasher 7. This’ll do nicely.