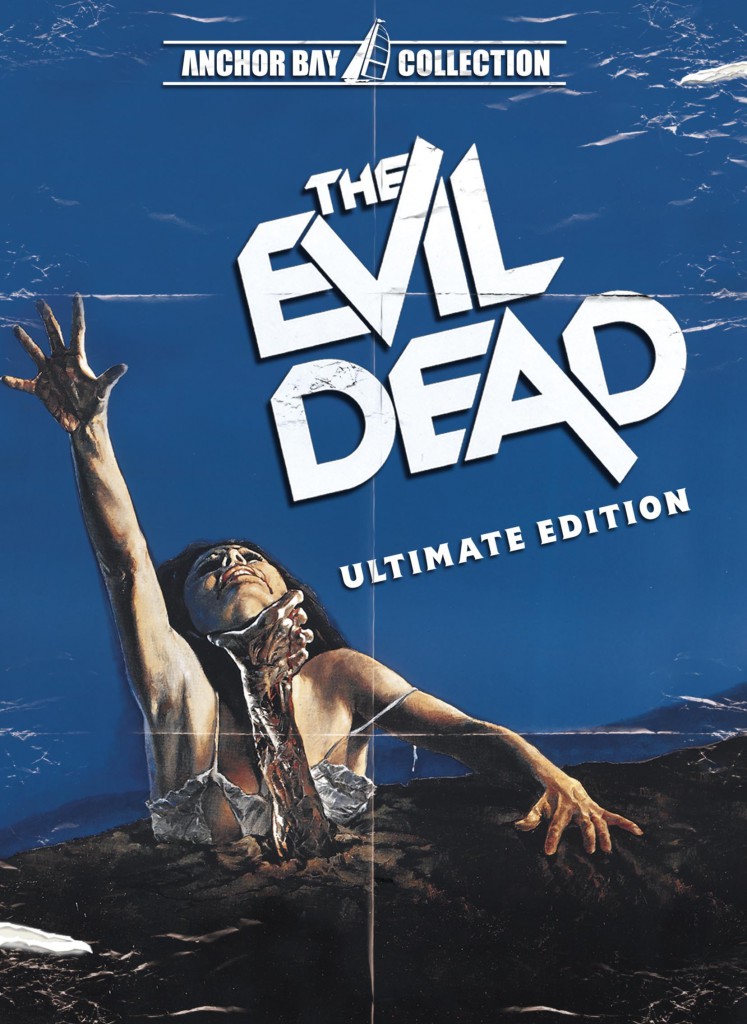 Sometimes I watch so many bad movies that it leads me to rewatch something I’ve seen many times, just so I can remember what a good film looks like.

It’s like the old Eddie Murphy joke (when he was still funny, I think it was the 80s), “Give a starving guy a cracker and he’ll swear it’s high class cuisine, simply because he hasn’t tasted anything good for so long”, (I’m paraphrasing).

The Evil Dead has been written off as a quirky relic, more notable for the low budget (as in: Real Low) and the over the top gore (as in buckets), but the fact is that the movie was released in 1982 and is still watched and adored by many today, and there were an awful lot of crappy, low budget films with the gore levels ramped up that are not discussed today for one reason, they are crap.

The Evil Dead made the careers of many of the cast and crew, not least of which Sam “Spiderman” Raimi and one Bruce Campbell, who still gets regular acting gigs today and has the pull to greenlight some of his own projects due to his die hard fan base that devour everything he is attached to. (OK me included to a point.)

The Evil Dead showed that with a rudimentary plot, a cast that will put up with a lot of shit, a wicked sense of humour, some creativity and a blood substitute made from some sugary goo you can go far in the movie business.

The first thing you notice when you watch this is that it doesn’t look that low budget, or indeed almost 30 years old, that might say a lot for the benefits of film mastering and restoration, but it also shows the high production values that the amateur crew held at the time.

5 nameless 20-something pre-teens, Ash, Cheryl, Linda, Scott and Shelley, are embarking on a getaway to an out of the way cabin in the woods.

The cabin is in a remote location of course, and they creep the car over a rickety bridge to get where they are going. The cabin is run down but OK for their purposes, which are hard to define as they never seem to do anything, even the teen sex angle is not touched on. Outside the main cabin there is a workshed, and beneath it a cellar.

Now it might hardly cause shockwaves to say that all is not normal in the cabin and its surroundings, I might even stretch the friendship and say that an Evil lurks, waiting to be unleashed. Is that likely to happen here?

On the first evening things in the cabin bang loudly, open, close and move somewhat randomly but our brave teens carry on regardless, (they’re American Dammit!). An investigation in the cellar by Scott and Ash brings the discovery of a treasure trove of garage sale proportions. Some old spools of tape, a playback device (I am too young to remember what the thing is called), a dried out old book and a crazy dagger with a skull on the handle.

Ash and Scott are delighted by their find and bring the items to the surface to show the ladies. Upon listening to the old recordings they hear the calm voice of an older sounding gentleman recounting what appear to be his findings from an archaeological expedition… with unexpected results.

Turns out that the desiccated old book is in fact an ancient book filled with tribal rituals and spells, including a curse that awakens the dead that the voice then kindly reads out aloud…

Of course we already know from the title that there will be a little more than hurt feelings as a result of this stay, but it is in the “How” that The Evil Dead gains its reputation as one of the more inventive horror flicks of all time.

Another cringeworthy classic is the ol’ pencil in the ankle effect that remains impressive today, even though it is obviously fake it still looks effective enough to illicit a wince.

One by one they (almost) all get possessed and take turns terrorizing each other, after the early wait for it, wait for it… NOW! jump scares the pace picks up. From then on the film is unrelenting and swiftly paced (it’s only 82 minutes long cover to cover).

Being bloody and gory is one thing but if everything is the same your audience will quickly lose interest, Raimi & amigos packed the second half of the flick with so much inventive new ways to butcher and dismember that you never feel the film get “samey”, and more than that you look forward to see how the next guy will buy it.

(Those who have seen Drag Me to Hell know that the gross-out stuff still remains, but Raimi has wisely toned down the gore to attract a more mainstream audience these days.)

There is some axe-work, frequent dismemberment, rotting and torn flesh, blood oozing from everywhere, gonzo makeup effects and unfortunately annoying shrieks from one possessed camper in particular that had me praying for her immediate and bloody demise.

Bruce Campbell as Ash takes a flogging in this and is often seen being thrown around the cabin, often against cupboards and tables, that’s what happens when you are the director’s buddy, but it did lead to a 25+ year career in Hollywood, B movie notoriety and a book deal.

Final Rating – 8.5 / 10. Still fresh and inventive 25 years later. An all time classic that is still more entertaining than 98% of current horror. Raimi needs to do more of this and Drag Me to Hell, and forget the Spidey stuff.

At the conclusion of the film Ash must have had some explaining to do, as taking 4 buddies away for a trip and coming back covered in blood, alone must lead to questions. Thankfully (depending on whether you go with the ending of this movie or the start of Army of Darkness (Evil Dead 3) he either died so he didn’t have to tell the tale, or was magically transported to another dimension to fight the undead once more. Either way he dodged a bullet there.