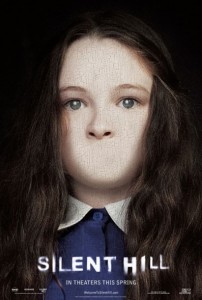 Keep your “perfect wife” jokes out of my review.

In an era where it seems that original ideas are more scarce than ever, we are going to see more videogame or comic book adaptations, remakes and reboots going forward, in lieu of new (read risky) projects by big name filmmakers.

This leads to the inevitable discussion/argument of which is the best whatever, in this case videogame adaptation. It’s a brief argument to this point, as until now there are precious few even reasonable efforts available, let me put it this way:

The 10% of exceptions are understandably rare, I can only think of Resident Evil off the top of my head. Hitman, Max Payne, Street Fighter, Mario Bros, Mortal Kombat, all lousy.
(I would definitely check out a Left 4 Dead film though, that seems purpose built for adaptation.)

It’s irrelevant here but you can make a game from a film source that is OK unless it is simply a license cash in, which admittedly most are. Enter the Matrix, Blade 2, Spiderman and the Lord of the Rings games were all pretty good.

Back to Silent Hill, I’m torn because out of all games I have played over the years this seems to cry out for someone to take a crack at it, and while they didn’t take short cuts it still feels just a little off. The game was all pacing, atmosphere, eerie noises, deliberately poor lighting and of course freaky creatures designed more to disturb than scare, and the main themes are all faithfully executed here.

The film starts with a sleepwalking kid being tracked by her parents and ultimately saved from peril at the last minute, when secured the girl, named Sharon starts babbling “Silent Hill, SILENT HILLLL”!

As this apparently has happened many times before Mum (Rahda Mitchell) is understandably concerned, and does a bit of homework before setting off on a road trip to the titular locale, without telling Hubby Christopher though. This perturbs Christopher somewhat, and he googles Silent Hill to find it has a less than normal history, so he reports a kidnapping and cancels wife Rose’s credit cards.

Thereafter Rose stops to get fuel and finds she has no credit, when a traffic cop checks out her number plates and discovers the kidnapping report, rather than explain herself Rose for some reason drives off from the cop and a dangerous chase in thick fog ensues. For someone gung-ho on helping her kid it seemed like a bit of a stretch that she would so soon put her and her child in danger but movie’s need conflict so there we go.

Of course both Rose and the motorcycle cop crash, and Rose wakes up alone o the outskirts of Silent Hill, with no sign of her daughter. Abandoning the car she walks into the town to find Sharon only to find the town seemingly deserted.

Now the videogame stuff starts. Periodically sirens ring out in the town, which is a warning to the townsfolk to get inside, shortly after the town goes from light to dark almost instantly, and after that you don’t wanna be outside.

It’s hard to explain this movie even with spoilers, but as I am determined to remain spoiler-free I’ll just say that the remainder of the film involves Rose and the cop teaming up to find Sharon, and coming across both the local inhabitants who spout vaguely religious babble, and other locals who, to be honest, are all quite unique and freaky, and at times offputting.

The film has no major onscreen violence, but there are some graphic and intense visuals. The sets, locations and special effects are all pretty top notch and add to building tone and the sense of disquiet. There is a little too much “look at how clever we are” camerawork, which is so obvious that it at times distracted me and momentarily took me out of the movie.

As with all such films the movie sets out to wrap all loose ends up, in this case in one long baffling sequence of events. I rewatched the closing scenes again to see what exactly I missed and am sure that I saw what I was supposed to, but I still can’t explain why a lot of stuff happened and exactly what happened in the very last frames.

If this was what the filmmakers set out to achieve then I guess that’s mission accomplished, if not then I must have missed something. I guess with a film that is all about ambiguity and misdirection it would make some sense to remain vague as to why and how things actually happened, but it left me feeling a little dissatisfied.

One thing that always gets me in these films, at one point the two leads are getting understandably frazzled and one grabs the other and says “It’s going to be OK! WE’RE going to be OK!” As I recall this was shortly after being confronted by both a huge being wearing an enormous triangle shaped helmet and carrying an equally large hammer, and not too long after being attacked in a small room by a guy with an eight foot sword that can plunge through a metal door! This struck me as more glass half-full than I would be feeling in this situation!

Aside from the notably cool closing credits, what impressed me most wasn’t so much the film even, but the effort that went in to making an honest to goodness movie. This is no el-cheapo knockoff spat out to make a few bucks from people who don’t blink before shelling out $90 on a game, it was a realistic attempt to make something faithful to the source material yet entertaining in its own right. The acting was solid, the production values far beyond most similar flicks and the plot while flawed, at least strived to remain plausible.

And while I am the first to admit that the final result is patchy and ultimately hard to follow I have to give credit for the effort. (One knock though, 125 minutes of largely running around in the mist is just too long!)

Final Rating – 6.5 / 10. A great example of mood and tone over actual plot and action. This is worth a look and at the very least tries to remain interesting.