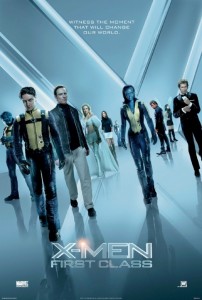 What the hell is going on here?

Here is why I think the X-Men films are the worst ‘superhero-related franchise’ in cinema: when you take away the pretty outfits and the cast of ‘they’re so hot right now’ actors, you are left with a bunch of scrawny 20 somethings with the worst superhero *AHEM* mutant powers available…

You can teleport to nearby places and pick up things?

Oh your ability is to fly and emit high pitched screams?

You must be annoying at parties.

So you’re essentially a giant magnet you say?

You have tiny wings and can fly and spit fireballs?

Big woop. And you sound just like the screaming guy. You obviously can’t go on the same team… 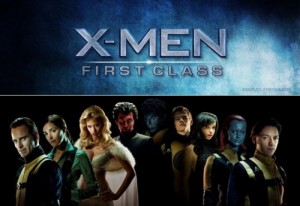 The obvious side-effect of this is that in most circumstances it takes an entire group of X-Men to defeat one foe, one to distract, one to disarm and one to finish the job

This factor leads to the X-Men being like the grab bag of stuff at the yard sale, “Look we know this stuff is pretty worthless and a waste of time by itself, but what if we sell you a whole bagful?”

(But I would defend to the death Mystique’s ability to be covered by little more than a coat of blue paint – even though it serves fuck all purpose other than being able to see her cans.)

A few years ago Marvel tried to spin out an origin series from X-Men one film at a time starting with Wolverine – as far as I am concerned the only remotely interesting character in the group (and this film does nothing to change that) – only they PG’d the crap out of what should be an irreverent, violent and aggressive superhero. In short they fucked the film up.

They had one shot at making the cash-in side project work. And they blew it.

Two more tidbits about Wolverine before I move back to the bland emptiness of the X-Men universe:

1/ The X-Box 360 game of Wolverine fully utilised the violence, anger and sarcasm of the character, as a result it was 400 times more entertaining than the flaccid film.

2/ Wolverine is in X-Men First Class for less than 30 seconds and from memory he has but one line – two words in fact – the second being ‘off’. This most minute of cameos provided me with the only chuckle in the film.

So where does that leave X-Men First Class? Well I’ll tell you what I watched; a whole array of dumb characters being ‘originated’ – 100 minutes in fact – before 20 minutes of bland action featuring a tug of war with nuclear missiles that would be laughable… if it weren’t for the fact that it was supposed to be the climax of a big budget Hollywood blockbuster that I spent money to sit through.

The X-Men were not born a team of superheros, they are but genetic abnormalities who are either blessed– or cursed– with unique abilities and traits. Their own attitude to these abilities largely dictates which side they end up on.

There are many mutants, and they aren’t all good or bad from Day 1. Thankfully there are two Main Guys who seek out others like them and make their choices like a pick up game of basketball, only with a talent pool comprising a bunch of guys and gals that should be confined to the bench.

The two ‘Team Captains’ are Sebastian Shaw (Kevin Bacon) and Charles Xavier (James McElroy). After their respective round-ups from a pool of generally one-skilled mutants the two go about training their teams. Some ‘players’ change sides over time, some die and some seem on the fence. Some want war, others peace. Some hate humankind, others loathe themselves.

Xavier aligns himself with the forces of good by co-operating with the CIA, primarily Agent McTaggert (Rose Byrne), but even the CIA aren’t united in their support of mutant-kind, and in fact some would choose genocide over unification. 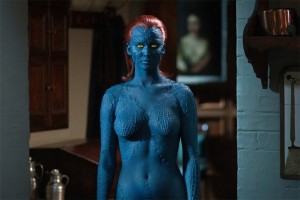 It’s all really quite dull actually. So after a while of milling about trading examples of mutations they liven things up by giving each other nicknames and prepping spiffy uniforms, leading to the inevitable face off between sides that culminates in a series of ‘oh that’s how/why!’ moments that dovetail into the character’s of the first films.

I would also question the choice to interweave a ‘costumes and powers’ yarn into one of the more impactful and harrowing tragedies in human history, that being World War 2, more specifically the Nazi genocide of the Polish and Jews, but ultimately I don’t think that the core following of X-Men are history buffs at heart, so I’ll let it slide… Wow that could be another mediocre X-Person! Slidey. They cruise around with the unique ability to slide a bit.

In fact this film and series are eerily reminiscent of Watchmen, the ridiculously over-hyped and under-realised Zack Snyder stain on cinema that was released a couple years ago. If you re-read the above stuff and replace ‘Wolverine’ with ‘Roarschach’ you wont be too far wrong.

Final Rating – 5.5 / 10. In reality this is passable stuff, but don’t try to sell this as blockbuster entertainment. I prefer my superheroes a little more Super.

Can’t go without mentioning my second X-Men First Class chuckle. In his monologue late night talk show host Craig Ferguson praised the release of Super 8 predominantly for not being “yet another of those superhero films that come out every week. I’m so sick of those!”

5 minutes later he was welcoming his first guest Kevin Bacon to discuss the recently released X-Men First Class… obviously Mr Ferguson is not one for advance research, though when Bacon pointed it out he back-pedalled using the “well they’re not superheroes, they’re mutants aren’t they?”.

So there you have it: two laughs. One a 2 line cameo in the film, another having nothing to do with the film directly. Massive budget and 2+ hour running time instantly justified…