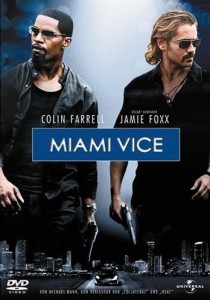 Here’s some free advice, head to the video store and rent the following trifecta of bland competency: 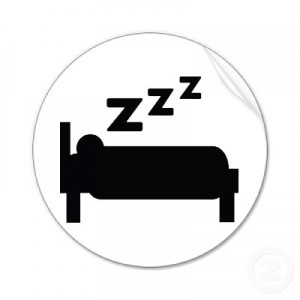 Now settle in with your 7 hour ticket on the slow train to Dullesville!

None of these films are terrible, they all have moments that are quite effective and performances that warrant a little credit. They have starpower and acclaimed directors, so I struggle to understand how they can all just be so…

Colin Farrell is Sonny Crockett. He sports a Highlander mullet and a Texas-Irish accent that provided me with the only momentary amusement in this film.

Jamie Foxx is Ricardo Tubbs. He is… black.

We are given no intro aside from what we see and hear, so that’s all the first 10 minutes of Miami Vice told me.

We join the action mid way through the first quarter, Crockett and Tubbs are undercover cops on the trail of some dastardly drug dealers.

The pair then consult with their boss and are introduced to the FBI, who want them to volunteer to go undercover as fresh faces to get to the bottom of all this, as the breach in security now means no existing FBI agents can be sure of their anonymity.

Pausing only to bang a hot team member Tubbs and Crockett head down to South America where they almost immediately gain access to the nether regions of organized crime in the continent, they pose as drug transporters, thinking that it might be the quickest way to move up the chain to the kingpins of the organization.

On they go with the main aim of bringing down the whole operation and avenging the death of a scummy druggie snitch – hey that’s what I was lead to believe.

OK I’m bored with this. Miami Vice actually has a plot, and the plot moves along with reasonable pace, it’s just that everything is so damn serious. There are no jokes and no moments of levity, everything is totally solemn and the tension-meter is never showing less than 98%.  The problem with this is that where no highs or lows exist it all gets so same-y. A chuckle here or there to break the tension would give the audience a chance to pause and recalibrate itself back into proceedings, alas this never comes.

Even the sex scenes – and there are a few – are so deadly serious and… procedural… that they lack any significance. 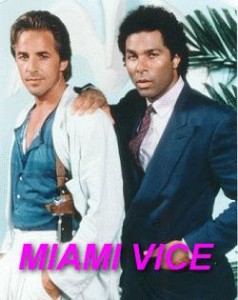 At least these two cats knew how to have fun.

There is no tongue in cheek jokes, no moments of levity, not even a nod to the TV series.

Even though Crockett and Tubbs move along up the line and find themselves in greater and greater peril I lost all interest, when someone finally pulled a trigger all I could think of was how long was left to go.

The authenticity of the various accents – aside from Farrell’s, which was less authentic than it was hilarious – meant that I really could have used subtitles for some dialogue, (subtitles that I know are available on DVD, but with 16 different languages it is more a pain to scroll through them all for a sentence here or there than it’s worth).

One last thing: EVERYTHING in Miami Vice is a music video, there are at least 15 scenes of locations, landscapes, guys getting ready, guys thinking deeply, people moving around etc, all set to loud distracting music. In a good film no probs, in a 2 hour pretentious snooze fest have one or two and then please get to the fucking point.

Final Rating – 6 / 10. I thought being a smooth lady-killing cop (either black or white) infiltrating a vicious and deadly drug operation spanning two continents would at least cause a couple of laughs or involve some cool moments of action. How wrong I was.