B Movie Haikus: File Under – ‘Gimmicks’: Twins / Snakes on a Plane / The Beaver

So this time around I thought I would check out a few films where the poster tells you a lot about what you might be in for. In the case of these three films while there might be truth in advertising, the product they are selling isn’t too crash hot.

None of these films are horrendous, but none again none of them are any good. They are the equivalent of songs like “Who let the dogs out?” and “Gangam Style”, they catch you with one hook but are doomed to disappoint and (hopefully) swiftly fade away to nothingness. 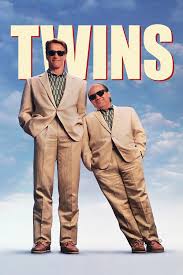 Twins was Arnold Schwarzenegger’s first foray into (what is allegedly) comedy after a series of shoot ‘em up – and mostly legendary – action flicks, most of which nestle cosily in my DVD collection.

The problem is obvious and plainly evident in the poster. We are not only expected to believe that behemoth Arnold and diminutive Danny De Vito are in fact long lost brothers, we are expected to think that the fact they continually remind us of this is hilarious… and when they inadvertently mimic each other’s body language and actions this is apparently even funnier!

Strong. Smart. Nice. Vin-cent is not.

But bro has probs of his own

Ah-nuld tries. The film does not.

I can wholeheartedly believe that Arnold Schwarzenegger is the product of many geniuses locking brains to engineer a super-human being. I can just as easily swallow the fact that Danny De Vito is… well the opposite of all that.

What I can’t take is when the 101 minutes either side of that one minute revelation – which has it’s comedic possibilities exhausted on the film’s poster – is so desperately lazy and unfunny. Nevertheless that’s what we were expected to believe a quarter century ago when Twins was released.

Final Rating – 5.5 / 10. The only thing that these guys have in common is that they both appear in a sucky film. 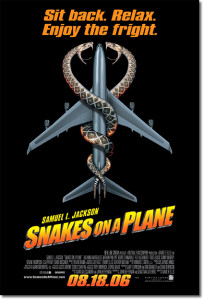 Snakes on a Plane

If there was a film to be extracted from this conceit it would be the one that explained how Snakes on a Plane came to be in the first place. Apparently it was born from a post work chat between a bunch of Hollywood types where a combination of alcohol and boredom inspired a contest to come up with the biggest, dumbest, most unlikely concept on which to pitch a film around…

Snakes on a Plane was the result. But of course it didn’t just end with a few drunken suit wearing douches high fiving, it ended with a bunch of ticket buying douches lining up to watch Samuel L Jackson deliver the one line that they already knew was coming.

How did they know? Well apparently once the fact that a future release was to be titled ‘Snakes on a Plane’ was released to the internet, a veritable tsunami of stupidity was unleashed, culminating in an online poll demanding that Samuel L Jackson utter this immortal line;

In his best Samuel l Jackson as parodied by Dave Chappelle voice. 12 – or 14 words if you are a hyphen fan – that will guarantee this film will go down in history.

The film itself… not so good.

to trial aboard plane

Then Sam sez his line

And we can say we saw it…

I am all for ironic distance and taking the piss, Black Dynamite was a masterful exercise in lampooning a genre. But like Black Dynamite at least make it funny beyond the name. SoaP surrounds Sam with a bunch of badly drawn characters played by hacks and saddles him with twelve dollars worth of effects and never even bothers to even wink at the camera.

It is telling that once the internet buzz picked up steam and the MF line was added, that the filmmakers decided to go back and retrospectively add gore and a T&A scene. It’s perhaps a direct result of this lazy slap dash approach that none of those new additions worked.

Snakes on the Plane might have been a Grade A marketing tool, but it was a Grade Z film that wouldn’t have been out of place if it was released direct to a local TV channel on a Wednesday afternoon. 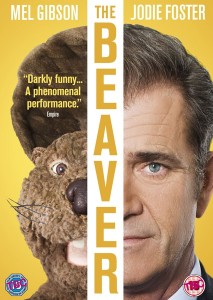 Mel Gibson has endured a less than ideal run over the past half decade or so, a stretch that effectively killed his career and evaporated any star power he once had.

Only Jodie Foster could come up with a solution to restore Gibson’s popularity and credibility, and all it took was a talking hand puppet that acted as his character Walter Black’s liaison with the real world.

The Beev’ takes o-ver for Walt

At work, home and play

A dark look at a real prob

So let’s just say that the Beaver on Walter’s arm is really the only thing keeping him on the right side of sanity, that I could believe. Furthermore when the formerly suicidal dad opts to deal with the outside world through a smelly toy on his arm, his family not only immediately accept this but his wife is so happy that she jumps his – and the beaver’s – bones constantly.

But when said sock becomes an overnight worldwide sensation, accepted by all as the Ray Winstone-esque voice of the disenfranchised and confused, what am I expected to think?

I’ll tell you what, I was torn between anger and being perplexed. Ultimately the film wasn’t good enough to warrant anger, like Mel Gibson’s career itself it is now only worthy of pity and contempt.

There was also a subplot about Walter’s son, who quite understandably has difficulty coming to terms with his dad’s coping mechanism, and a young schoolmate played by Jennifer Lawrence with issues of her own.

But I couldn’t bother with that. I was too busy trying to ignore the voices in my head demanding I point out links to Jodie Foster and a small furry beaver and that I come up with dozens of Kardashian jokes?

And I still wish that they dubbed the sock Justin Beaver.

Gimmick films are always easier to pick in retrospect, because you always hope that the nagging suspicion that it is a one note crapfest is incorrect. Unfortunately by the time you’re proven right or wrong they’re pocketed your twenty and moved on to the next sucker.

Sometimes – like Snakes on a Plane – your gimmick sells some advance tickets. Other times – like The Beaver – your leading man beats his wife and unleashes multiple racist rants that go public, effectively killing your film and his career…

While I try to throw a joke or two into proceedings when I can all of the opinions presented in my reviews are genuine. I don't expect that all will agree with my thoughts at all times nor would it be any fun if you did, so don't be shy in telling me where you think I went wrong... and hopefully if you think I got it right for once. Don't be shy, half the fun is in the conversation after the movie.
View all posts by OGR →
This entry was posted in Arnie Schwarzenegger, B Movie Haiku Reviews, Film, Superstars. Bookmark the permalink.