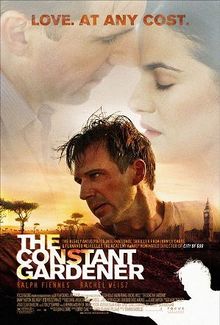 Shan’t sully the film with an inane quip. 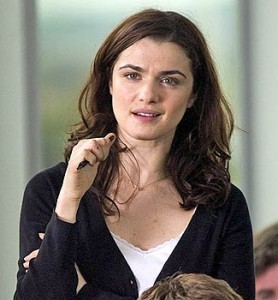 Tessa (Rachel Weisz) is spunky, forward and aggressive. She is idealistic, resourceful and dogged. She is passionate, headstrong and pretty (in a non-moviestar way), and not above using anything at her disposal to get her way if she feels the end justifies the means.

After a spirited and very public argument with a local politician Justin Quayle leads to a torrid but brief affair, Tessa learns Justin is to be posted in Africa and pleads for her to take her with him – in any capacity.

Shortly after they are married and in Africa (Kenya to be specific), with Tessa very pregnant and even more involved in a large number of activities, not all of them sanctioned or approved by the British Government.

Tessa embraces the people of Africa and even while heavily pregnant ignores her own health while she moves easily among the poorer areas with her friend Arnold, himself a black Kenyan. Tessa ingratiates herself to all she comes across and integrates herself into what to outsiders is a barren and inhospitable land populated by the less fortunate – and in many eyes less worthy. The only place where Tessa isn’t comfortable is at the high society soirees run by the British Embassy, though Tessa is perfectly suited to intelligent discussions and polite discourse it is obvious that she is less than admiring of the true nature of many politicians and doubts the integrity of many sometimes very openly.

Husband Justin is warned to more or less ‘run Tessa on a tight leash’, he is also reminded that certain parties have grown tired of Tessa’s poking and prodding and would see to silence her. She is, as they say, a person of interest to those that you wouldn’t want being interested in you.

When Tessa is involved in a fatal ‘car accident’ that ends both her life and Arnold’s everyone expresses great sympathy and remorse, the poor African people whose lives she touched meant it. 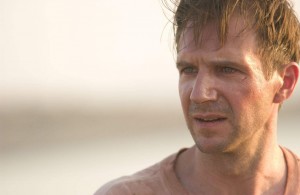 Justin on the other hand is unfailingly polite and civil, to the point that he is almost afraid to disagree or potentially cause friction with anyone. This very diplomacy perhaps makes him ill-suited to his role as a diplomat, given all the corruption and insincerity that surrounds him.

Justin’s life is about maintaining order – he is the gardener of the title forever tinkering and maintaining the status quo – the polar opposite to the whirlwind ‘not happy unless she is moving things’ Tessa.

When Tessa dies Justin initially is told to let it go and move on by all including his best friend and colleague Sandy – and initially he does so. But as with any unfinished business he has questions; Did Tessa love him or was she using him to achieve her goals? What WERE her goals and what was she doing when she was away… with Arnold? Was it an accident or did she really piss someone off?

While I can’t answer that here, it comes to light that Tessa was delving into the activities of both embassy staff and major pharmaceutical companies, Justin picks up the trail and continues to investigate, hoping that it might shed light on the real Tessa.

As Justin’s search leads him all over Kenya and also Europe he himself appears to become the dreaded ‘person of interest’. I don’t think I am giving anything away to say that he eventually learns the true nature of Tessa’s research, and as always ‘rich white guys’ are behind everything. Rich, powerful, dangerous white guys with much on the line.

The Constant Gardener demands constant vigilance, the plot moves forward regardless of whether you are ready or not and rapidly moves in directions you never imagined. But there is much reward for your attention and patience. There is precious little action or violence until the very end, but the film is never less than gripping. The cast is uniformly excellent and the smaller parts are filled with terrific actors including Bill Nighy and the late Pete Postlethwaite, Ralph Feinnes is superb as Justin Quayle and Rachel Weisz somehow luminous as the vibrant and magnetic Tessa.

Anyone bemoaning the absence of quality drama from the big screen in recent years need look no further than The Constant Gardener.

Final Rating – 8.5 / 10. I am not ready to label it ‘all-time’ great, but it is a captivating film and richly rewards the viewer.