Shrek 4Ever After (Review) 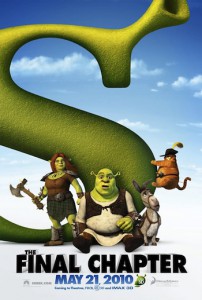 See: Last chance to pay us!

They want your money Honey…

That’s what they want.

That’s why every couple of years they churn out another lazy sequel to wring out a few more dollars and remind the world that Eddie Murphy is still alive. In place of carefully plotted events they surround Shrek, Fiona and Donkey with celebrity voices and hooky one-note characters, and then for good measure they throw in a few pop culture references.

The justification for all this? If the ticket buyer – usually the parent – nods in acknowledgement even once they’ll come to the next one under the assumption that “well at least the kids like it”.

Shrek (1) was actually quite good and reasonably original, Shrek 2 was unforgivably lazy and in my view absolutely pathetic, and Shrek 3 dragged out the “we’ve run out of ideas, bring in some babies!” desperation technique because even lazy, shitty sequels make money.

Put another way, if I didn’t have a kid there is no way in hell that I watch Shrek 4, website or no website. But my 3 year old is noisier than all the voices in my head telling me to steer clear…

We all know Shrek and Fiona are a big green ogre husband and wife and Donkey is their talking animal buddy. Well last film they had a few kids and now Shrek kinda resents the fact that he has no time to himself and that it isn’t all about him (who wrote this Sharon Osborne?). He’s also more than a little pissed off that people are no longer scared of him and that he’s simply a large green novelty for most people. Life has become repetitious, monotonous and less rewarding… all the parents together!

This situation comes to a head at the kid’s birthday party and Shrek packs the shits and walks off alone – where he runs into Rumplestiltskin. Rumple (as he is called throughout lest kids swallow their own tongues in roleplay and stop buying the toys!) cuts a deal with Shrek, he gives up one day of his youth to Rumple, and in return gets to be mean old scary Shrek for a day – no kids, no missus, no Donkey, no worries… Right?

Sounds fair, but by agreeing Shrek inadvertently allows Rumple to exploit a contract loophole and change history so that Rumple becomes King, he and Fiona never meet – and Shrek has 12 hours left to enjoy his one big day before he simply ceases to exist.

With this disturbing tidbit of information fresh in his mind Shrek heads off to see if he can rechange history through more contract smallprint that allows a mulligan should Shrek and Fiona share love’s first kiss once again.

Sounds easy, but in this alternate reality Fiona is constantly in ogre form and in fact is a fearless warrior in charge of the ogre resistance, Puss in Boots  has enjoyed the good life and is merely a fat cat (and aside from that is pointless to the story), and Donkey is but a single talking donkey oblivious to his “other” life.

Can Shrek save the day and return things to normal? The suspense is killing me too!

Shrek 4 was either the second best or the third worst of the Shrek series depending on your view of the cup, I am willing to go as far as saying 1 and 4 were worthwhile as long as I am able to strike all memory of 2 and 3 from the record.

There is far more detail in this film, I liked Jack Black’s work as Rumplestiltskin, and the fact that dozens of witches acted as the new Kingdom police force was a pretty good touch. As always anyone bar Shrek, Fiona and Donkey (and the obligatory bad guy for the relevant film) were relegated to background work, meaning Gingerbread Man, Puss in Boots and witches are only called upon when they are used for a joke – they serve no purpose aside from that and the story works just as well without them. 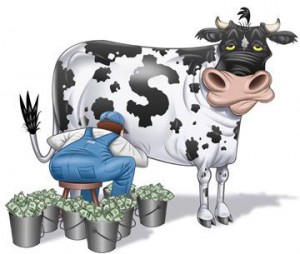 The bad stuff still remains though, pop culture references that must fly right over the head of a pre-teen – I nearly threw up when they used a Beastie Boys song to serve as a “joke”, and songs that serve the plot less than they do the official soundtrack (on sale soon for only $16.99!)…

Shrek 4 was a more worthy end to a series than 2 or 3 were (not saying much), but that said I am sooooo much happier knowing I can continue on with my life without the big green guy popping up every so often.

Final Rating – 6.5 /10. Four films in and the best jokes still revolve around bodily functions. Shrek didn’t so much run out of ideas, but out of gas…

P.S. It’s only when I finished writing this up that I realized how little the film relied on the kids after the initial setup, shows what I have always claimed: bring the kids in when you have no more ideas – then wonder how to use them after.