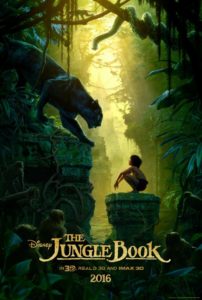 I might cut to the chase early and say that The Jungle Book deserves all of the kudos and success. This is an excellent family film with undeniable rewatchability.

Helmed expertly by Jon Favreau this is the rare remake that ticks all the boxes. 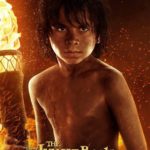 Box 1: The source material. Based upon a legendary Rudyard Kipling novel about a small child raised by animals within the deep jungle.

Dumb question. Hollywood has proven capable of breaking the unbreakable many times. But they didn’t here. 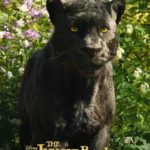 Box 2: The cast. With the story proven, having a cast capable of carrying it off is essential. While almost every character is computer generated wizardry, the voices behind them are universally known and respected; Christopher Walken, Bill Murray, Scarlett Johansson, Lupita Nyong’o, Ben Kingsley, Idris Elba. The only human character is of course young human Mowgli, played by previously unknown Neel Sethi. His role requires innocence and spunk, something Sethi does effortlessly. 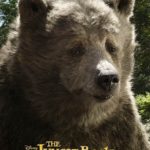 Box 3: The visuals. 20 years ago Pixar made children’s toys believable. By 2005 seven of the top 10 box office draws were set in predominantly cgi environments. It’s 2016, cgi technology can enable almost anything. Here it renders an entire jungle ecosystem full of animals who talk and interact with their surroundings and the small man-cub. You don’t think for a second of the almost two hours how weird it is that the bear looks fake or that the giant ape is singing. Singing like Christopher Walken no less.. 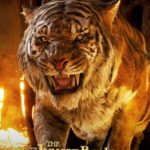 Box 4: The direction. With Iron Man Jon Favreau has proven he has the chops for action sequences and wrangling special effects. With Chef he proved he can do story and dialogue. He doesn’t put a foot wrong here.

Talking animals can be a hard sell outside the fully animated universe (ugh Chipmunks). And not a rapping chimp in sight. 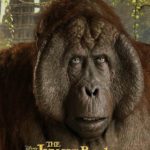 Box 5: Entertainment value. The most important ‘tick’ of all; is all of the above put to good use? Well yes. Bill Murray is always good value, rarely more than as a lazy indulgent bear. Who wouldn’t think Scar-Jo’s voice could be used to hypnotic effect? Who wouldn’t want to see the aforementioned Walken do a musical number in and on a monkey infested castle? Who wouldn’t tremble at the prospect of being hunted by a ferocious tiger driven by vengeance?

Hopefully no one. The Jungle Book downplays the peril but retains the tension so as not to alienate the little ones. It keeps the pace brisk while pausing occasionally to enjoy the sumptuous beauty and chuckle at the clever jokes peppered into the script. It captivates and fascinates viewers of all ages.

So why not ‘Capital G Great’? I’m not sure to be honest. I’m on record as loathing talking animals, unless they all talk – and here they all talk. The fact that some (Walken, Murray) make no effort to alter their usual voice is slightly disconcerting but by no means a deal breaker. Again… I just don’t know. As the out of his depth lawyer in The Castle said “ummmm, it’s the ‘vibe’? Greatness isn’t a score or a box office result. It’s a vibe.

That said, I guarantee I will be buying and watching this again as soon as it becomes available on Blu-Ray, but Where I expected magnificence and frankly to be blown away, only to see something that is merely… very, very good.