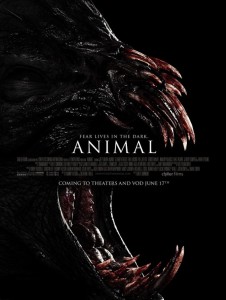 Dear Diary – A pleasant hike in the woods

So we’re five vaguely photogenic teenagers considering a walk in the woods. Bully for us. Physical fitness is undervalued by the youth, which leads to playing catch up in middle age. Not for us though.

So there’s a bit of teasing and bickering. Well that happens. We’re young, still learning the intricacies of social niceties and how to deal with others. Just don’t say anything you can’t retract and we’ll all be better friends for it.

And now it’s dark and we’re lost. Well that’s just fine isn’t it? You can have the best laid plans and all of the technology at your disposal, but the woods look very different at night, and it’s easy to lose your bearings. No matter. Just hold our nerve and we’ll laugh about this tomorrow in the daylight.

What was that noise? An animal you say? I just caught a glimpse and it looks more like a man in an ill-fitting suit with a ridiculous mask full of external teeth. Who chews things outside their face? Granted the costume provided the illusion of other-worldliness, but it was undoubtedly a guy in a suit.

There he is again. Oh now he’s eaten one of our party. It was hard to see as the vision seemed to chop and change every second or so – almost like sloppy frenetic editing masking a lack of credibility you might say. Let’s retreat to that cabin which is conveniently just over there.

Well this is a nice cabin isn’t it? Oh look, others who have sought refuge from the cheap costume man. We can trade ideas and surely conjure a way out of this predicament. Hey isn’t that the woman from Chasing Amy? I liked her in that film. Wonder what she has done with her life since. Hope she hasn’t resorted to cheap and nasty little horror movies…

No matter about her and that particularly disagreeable chap who sounds ominous and menacing. Let’s discuss the creature outside. Should we consider its origin? No? OK. Should we formulate an intricate and well thought out plan about its weaknesses and how we might overcome it? No? Well this think-tank isn’t especially deep is it?

Final Rating – 6 / 10. Harmless and instantly forgettable. This is still better than Feast – because everything is.