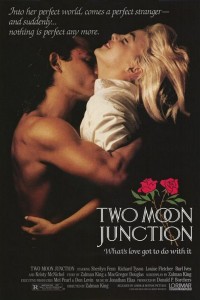 ‘My Diary – the incredibly poor decisions of my teenage years’

(By the hot chick on the poster.)

To my beautiful child. You are growing so big so fast. I think now is the time to tell you the story of How I met your Father in 1988…

But here, let me diary from those life changing days tell you more…

I have decided to start a diary so that one day people can read my thought.

Yet I look to the future. I am soon to be married to a similarly vacuous and important young man named Chad. Oh how I look forward to sitting on the porch drinking iced tea (served by our maids), as he recounts the tales of golfing, hob-nobbing and ascending the corporate ladder. I am simply positive we will have ever so much fun doing rich white people stuff.

I have just heard news of a travelling carnival staffed by itinerant and ill-educated hicks and shysters. How quaint and not possibly relevant to my future. I intend to go and look down on them all as I wonder who could possibly derive any enjoyment from wasting money on trinkets and poorly shaped shoddy fabric filled with dangerous choking hazards.

I will report later.

Oh diary! Oh my! No sooner had I arrived at the dusty fairground when I spotted a hirsute young man who seems to have a perplexing aversion to shirts and a face the spitting image of a thousand mugshots. We conversed momentarily, and judging by his inane chatter and sloppy drawl I must believe that he is most assuredly learning impaired. His name is Perry, not that it matters, because I shall never see him again. In fact I do declare him to be quite the creepiest man I have ever met.

But why is the cashmere sweater casually draped across my shoulders a’flutter?

With two weeks to go until my wedding, that most special of days, my family have stated their intent to leave the estate for the weekend. I have chosen to remain at home to enjoy the quiet and solitude. Just me and my thoughts… and my many staff.

Such strange news diary. That ever so creepy Perry from the nomadic troupe of thieves decided to appear from nowhere to take a shower in my very house. Such boldness. Such an unwelcome development. Such a stench of potential sexual violence…

It pains me to say though Diary, that this unprecedented illegality broke my steely resolve. Perry’s entire repertoire of precisely zero classy moves and the total absence of romantic intent somehow swayed me sufficiently to let him have my way with me. Furthermore, Perry used his 43rd through 67th words to tell me he wants to make a sextape. Perhaps I was a mite hasty, but I submitted, because I couldn’t think of a single reason why that could ever backfire…

Another day at home alone. I am sitting here – on a large block of ice – wondering what Perry is up to.

Stay with me diary. I went to the fairground to find Perry having a well deserved evening off. With such a high pressure job tearing tickets and letting people through a rusty turnstile one by one, he deserves to let off some steam. I just wish it was with me and not the ragged skank that he was about to bang. But still, it isn’t all his fault, I mean he was very drunk and obviously feeling violent.

But guess what diary. I won him over. He drunkenly slurred a demand for bourbon, so me and the ragged skank – I will call her Raggy – got in the car and went to the service station where all the poor people shop to get him bourbon.

Raggy is more thoughtful and considerate than I expected when we met – fifteen minutes earlier as she was about to fuck the violent retarded sex offender who consumes my idle thoughts. She told me I should get an AIDS test, I mean talk about nice! And then she complimented my boobs as we swapped shirts in the truck stop bathroom. This might be a little rash, but I think me and Raggy might already be besties.

My busy day didn’t end there diary. We arrived back to the carnival to find Perry fighting with punters, who were complaining about faulty equipment that might have lead to many bloody deaths… or something. But Perry wasn’t having any of that. Not my man! He is so passionate. I was so very proud of him that just when he was about to kill a man, he didn’t.

Passion… and smarts. No point getting a fifteen year sentence with half the weekend still to go.

As I rushed to comfort him without my pants, Perry let his steely guard down and shared his most intimate thoughts with me “I ain’t got nuthin but a bike, a truck, and a post office box”. Oh stop it Perry, you had me at ‘escaped jail on a technicality’. You must give me the PO box number so I can mail you the PIN number to my heart.

Speaking of court, Perry was wearing glasses tonight, and a shirt with BUTTONS. Must have been court day. Me and Raggy did a sexy dance on the roller rink to reward his good behavior. Then Perry put me astride his motorbike and took me to a sleazy motel. I wonder what he is planning? 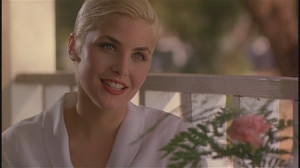 It seems redundant to complain about this, but this morning I found Perry chatting up two maids only minutes after I left him and the scungy motel room sheets. I’m afraid we made quite the scene in the motel carpark, I called him all sorts of horrible things. Yet again his mono-syllabic, openly derisive smooth talk won me over, and I bought him breakfast to apologise for my rushing to conclusions. Then would you believe he called me a princess? Me? A princess? Over pancakes? I was so mad yet again, and Perry for some reason nearly banged me at the breakfast table on the patio in front of all of the other customers.

Re-reading my previous diary entry is confusing. What the fuck was I thinking?

Sorry for the gap diary. I spent the time looking at a wall wondering why I spent the second to last weekend before my wedding humping the sweaty alcoholic bumper car operator.

You won’t believe who popped in to say ‘good luck’ before my wedding. diary That’s right! Perry! As a special treat he took me to abandoned – yet strangely well lit – building at Two Moon Junction, where he banged me in the pants as a wedding present, and I had an epiphany.

Well I won’t ruin it for you diary, but with the wedding tomorrow I haven’t a clue what to do next…

Well Sherilyn jr, I hope this helps explain why your father’s name isn’t Chad, and why you never actually met your father, who is either a homeless alcoholic or a convicted felon by now. It’s also why we don’t see grandpa and grandmamma, who promptly disowned me after the scandal broke.

It’s also why your mother is a bottle blonde single mother who frequents truck stops, does a little meth on weekends and tells the judge she’s a ‘makeup engineer’ when the policeman won’t accept a toothless blow-job in exchange for being let off.

But we all do silly things when we are young, precocious and clueless. Oh well, at least I didn’t appear in a soft-core sex flick alongside a talentless Richard Tyson type and get my kit off a dozen times or so…

Final Rating – 4.51 / 10. Two Moon Junction is right on the cusp of the Seventh Level of Suck. I allowed it to avoid such ignominy because it is after all a vehicle for a young Sherilyn Fenn to disrobe, much to the delight of 90s teens the world over.

I actually thought I saw this in the 90s. Obviously not, because if I had there would be no way that I would have stopped laughing yet.