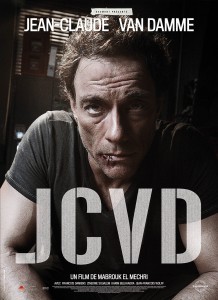 He looks like HE sat with me and watched all his films.

Here we go, the reason I started this whole thing, but not the last movie to be reviewed, that’s next to come.

I scan Rotten Tomatoes at least once a week. To see what is coming up, what is currently out that looks like it is worth fifteen bucks and finding a babysitter, and what is rumoured to be on the horizon, (this week: Arnie, Bruce Willis and Stallone to share a scene, WOW! If it happened 10 years ago that is.)

Recently I was surfing around and saw that JCVD’s newest release, called JCVD, was getting rave reviews. I thought that seemed a little rare, especially as he is getting on and hadn’t had a notable film for over 10 years, so I looked at some of the highlights and thought it might be worth a shot.

It wasn’t too long after that that I managed to talk myself into watching a couple of his oldies, then what the hell, 20 odd of them for good measure.

And here we are:

SPOILERS AHEAD!! (I know there have been spoilers in every JCVD review so far but they are all 5 or 6 years old so I have no guilt. This is a 2008 release.)

The plot is simplicity itself, JCVD is himself, an aging (47 when this was made!) action star with limited range and even more limited offers. He is fighting for custody of his daughter, and cash flows are low as he makes increasingly crappy films that profit only through his name’s decreasing pulling power.

Before we get into the action though, we get a reminder of what even a mid level celeb must deal with day in / day out. JCVD gets into a cab, and as soon as he is recognized the driver is all over him,

As JCVD is exhausted from a flight and not really involved in the convo the cabbie immediately assumes he is an arrogant tosser with no time for fans, and abuses him. Upon arriving at the Post Office JCVD exits the cab and is instantly bailed up by two more fans who want photos and a chat, and if he says no he is once again labeled a prick.

All in a couple minutes.

The money and the chickies must be nice, but that must be a drag.

So eventually he breaks loose and goes to the post office to wire some cash to his lawyer to keep the fight for custody financed, when he arrives he finds that it is being held up by three criminals, they add JCVD to the hostage group and use him as the mouthpiece to relay their demands to the cops.

The cops, and public, and media, think JCVD is doing the robbing in a desperate bid to grab onto fame, the public are all pro: JCVD, and the cops just want everything to go smooth so they don’t look foolish in front of the global media.

Meanwhile, a couple of the crims are even distracted by the arrival of JCVD, and use the time to chat about his movies, and even to get him to kick a cigarette out of a hostage’s mouth. (Come on, you’d probably do the same!)

The reason for so many + reviews is that towards the end JCVD turns to camera and has a 5 minute dialogue only speech direct to his audience, which is as far as we know 90% true to his own life, it is a bare bones, blunt assessment of where he fits as a movie “Star”, and also covers some troubling times that he experienced earlier in his career and life. It seems a little out of place but is undeniably powerful.

And realistically, in this one scene he speaks more lines than he does in 5 minutes than in most complete movies in which he stars.

The movie ends shortly after in a very European “nobody wins” finale, and JCVD is left to watch his career peter out into obscurity…

Which after a soul searching effort like this is exactly what he should do.

Verdict – Definitely brave and even clever at times, but as a movie it is “Good-not-great.”