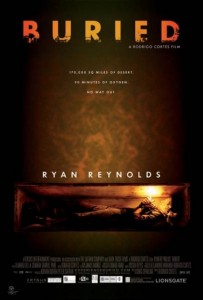 All his finds in his underground holiday home is a phone, a lighter and a pencil.

Let’s take a step back. Paul was a truck driver working for a large corporation assisting in the rebuild of Iraq, away from family and friends chasing quick dollars and trusting that the talk of Iraq still being a ‘hot spot’ was misinformed.

Unfortunately it was Paul and his co-workers that were misinformed, beset upon by armed locals who claim not to be terrorists – though they sure seem to share some familiar traits. Most with Paul were gunned down on the spot. Some remain above ground as prisoners, hostages more accurately. Paul is expected to use his phone to film a ransom video and sending it above ground to his captors so that they may broadcast their ransom demands across the globe.

Governments tend to react more swiftly when regular citizens know the facts. Unknown and unseen victims don’t get much press.

But first Paul does what most would do in the situation. He calls anyone and everyone that he can think of that might help him, but even with the knowledge that an American citizen is buried in another country in parts unknown, a simple solution isn’t obvious, regardless of who you call.

In Paul’s case, no-one seems to even answer their phone anyway. Paul calls a multitude of mobiles, landlines and helpdesks of various organisations, at best he gets someone who puts him on hold, at worst and most frequent, messagebank. What is it with modern technology? The more methods of instant communication we have – often in our pocket or purse – the less we actually use them.

The answer to that one might lie with Paul, who though understandably stressed beyond comprehension, is a bit of a prick. I empathise with his plight, but taking an extra second or two to not be an asshole might find the strangers he calls to badger a little more willing to assist.

Alas his calls go unheeded or bring news of ‘gee we’d like to help, but can you be a little more specific than an underground box?’. The non-terrorists resting somewhere on their shovels above are similarly abrupt, but at least they get to the point.

Time ticks on. The film never gives a single shot that is not in some way a coffin-cam, meaning Ryan Reynolds is front and centre of every shot. (Given his limited workspace he couldn’t get out of shot even if he wanted to.) This is pretty clever and certainly builds tension at times, unfortunately though the reverse is also true. Once the full realisation of Paul’s peril is made evident some scenes drag on and on. Maybe it’s because Paul is a bit of a prick, certainly the fact that I loathe Ryan Reynolds might have something to do with it, but after the first 45 minutes I wanted something to happen. Die or get freed.

I’m an agreeable guy, just pick one, I can say what a nifty device the one location was, and we can all move on. I certainly didn’t need a movie to tell me being buried alive is no fun, making the movie no fun just seems to be rubbing it in.

Final Rating – 6 / 10. It’s all fairly clever, mildly unique (ummm… Phone Booth?) and occasionally interesting and compelling, traits that Buried shares with so many other things that I don’t really care much about.