Roots Manuva has one of the more easily recognisable voices in hip hop, only Chali 2Na of Jurassic 5 is deep enough to lay claim to being rap’s Barry White. (Michael Franti has the capability and timbre, he just doesn’t exercise it often.)

Minimal skits, no bustin’ gats, dissin’ ho’s and talking up his booty gettin’, Roots Manuva has made a career at running parallel to hip-hop without ever embracing some of the more stereotypical elements. Until his latest album he hadn’t even dabbled with female vocalists oohing and breathing sexily to the benefit of no-one. 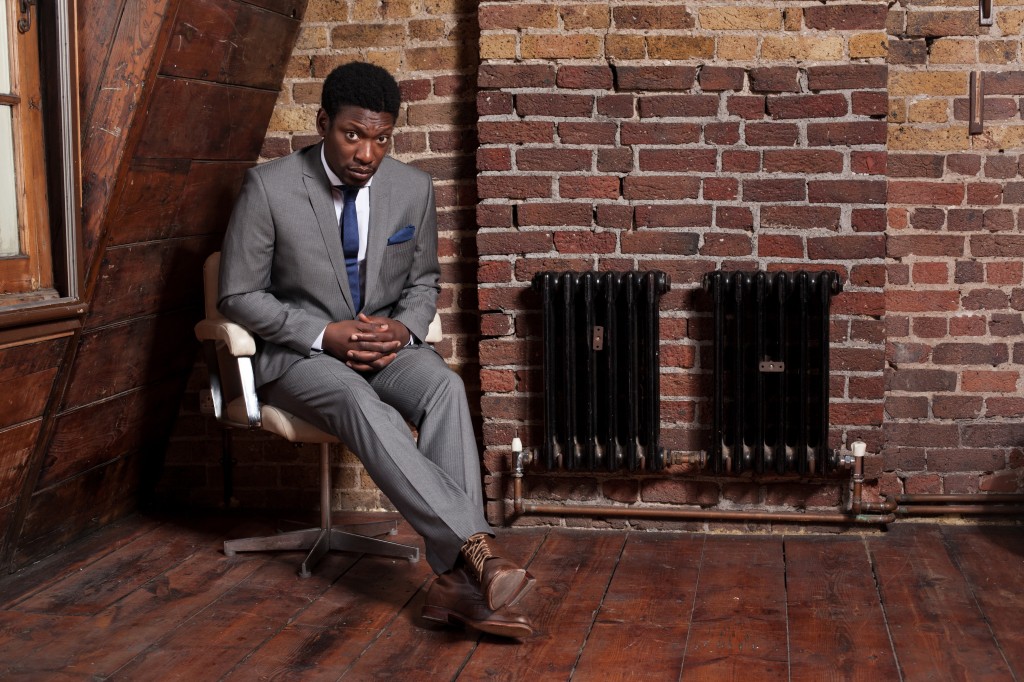 But that isn’t what sets Roots apart, the fact that he is also the most genuinely humble man in hip hop is.

Many groups and artists start out low key and anti-bling, yet somehow success invariably brings ego. Even De La Soul eventually succumbed to the allure of braggadocio (though they do it smarter than most), but Roots Manuva remains ‘Rodney Smith, the guy from the council flat making little tunes’. Only now he has managed to mine the same vein for a decade and a half and counting.

I was introduced to Roots Manuva (I have to keep typing his full name lest you think I am referring to The Roots) in 2001 or 2002, when the hipster dude at one of the last remaining outposts of non-chain music sales said calmly and concisely “You need to check out ‘Witness’. Best hip-hop song ever”.

Now I hardly knew this guy aside from brief chats as I purchased CDs in a couple of wasted lunch hours, but I felt compelled to clarify that he indeed understood what he just said. He said ‘yes’, then continued with ‘I know it’s a big call, but that’s what I think’.

(As an aside; there have been a few key points in my life that have resulted in me discovering artists that I have subsequently followed for years and sometimes decades, a jukebox in a pub in San Francisco (David Gray), up late one night watching Rage (The Hives) and the obnoxious boyfriend of a fellow staff member (A Tribe called Quest). I often think back to these moments when I hear a familiar song or drag out the album. My goal is to be the trigger moment for others at some point in the future, I was reading some stupid website you’ve never heard of… and that’s how I found Roots Manuva, (and Session 9 etc).)

Indulgence over. I sceptically purchased Run Come Save Me and went back to work full of doubt but undoubtedly just a little excited at what might result. Witness (1 Hope) isn’t necessarily the best hip-hop song ever. But it is in the conversation. So to that hairy skinny kid who is probably now well into his 30s, I say thanks. Big call but a good call.

Roots Manuva released his first album ‘Brand New Second Hand’ in 1999. In October 2011 he released ‘4everevolution’, in between he has appeared as a guest on many albums and singles, and also released remix versions and EPs of outtakes and non-album versions.

Here I will cover only the albums and one of those non-album releases, the superb ‘Alternately Deep’.

This ain’t your Mama’s hip-hop. But then, Mama’s shouldn’t be listening to no hip-hop… 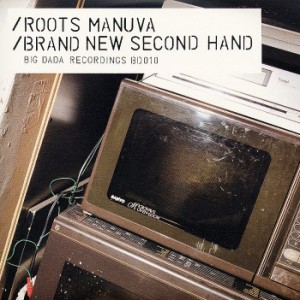 Just an essential debut, if you can’t find a lot to enjoy here then Roots Manuva isn’t for you. The opener Movements unravels sweetly and brilliantly, with Roots allowing the strings and muted bass to get heads nodding before he introduces his baritone to the fray.

Not always rhyming but always vital, Roots isn’t one of those “We go way back like car seats” clever hooky rappers. His lyrics are more stream of consciousness stories and deep snippets from his pot addled brain.

Then as if to upend our expectations Dem Phonies starts, all staccato electronic drums and herky jerky vocals. The balance is restored somewhat with the plodding – but excellent – Juggle Tings Proper, followed promptly by Inna, Soul Decay and Baptism. In all four head nodding tracks peppered with noodly keys, tinkling pianos and simple guitar loops.

I could go on naming tracks but won’t, instead let me just say that even the so called ‘lesser’ tracks all manage to make you move with the beat and the remaining tracks are uniformly impressive, with Fever perhaps being the most immediately accessible. On and on until closing track and companion piece to Movements, Motion 5000, another simply amazing achievement that stands alongside anything Roots has managed in his excellent career.

And so ends 60 minutes of a debut that demands superlatives, for while Witness (1 Hope) might well be Roots Manuva’s best moment, Brand New Second Hand is his finest album. 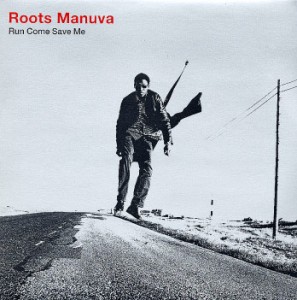 Run Come Save Me bursts out of the blocks with Bashment Boogie, which I’d talk about more if it weren’t for…

Witness (1 Hope), maybe not the best hip-hop song ever, but try to resist the urge to crank the volume to ear bleeding levels as soon as the wa-wa-wah, wa-wa-wahs kick in.

I can’t. I leave the fawning there. If you call yourself a fan of hip-hop and you do nothing else this week. Find this song. Listen carefully.

Perhaps in acknowledgment of the obvious Join the Dots brings Chali 2Na in for a very effective guest spot and the album continues on with remarkable consistency, with Stone the Crows and Swords in the Dirt being notable standouts.

Another album bereft of filler or plain old duds, Run Come Save Me is another excellent release by good old Roots, and he once again pays heed to the maxim open strong and close stronger with Dreamy Days,

I could easily label this his best album, but Brand New Second Hand wins the title by a nose. Still you can’t go far wrong with either. 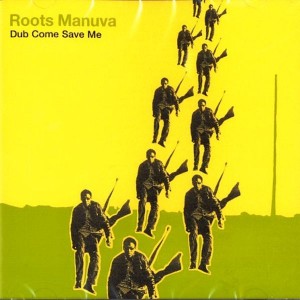 In between albums Roots released a remix album featuring dub versions of his classic. I’m not sure who it was aimed at, maybe DJs or dub purists (I’m sure they exist), but it’s not me. Only the couple of tracks that sound most like the originals did anything for me, and as I already have the originals, why bother? 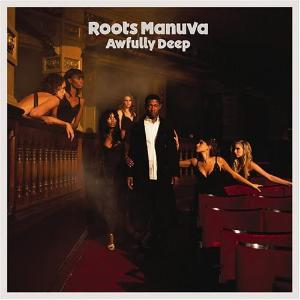 Hardly a big step down, but Awfully Deep suffers through both comparison to the two previous albums and the noticeable lack of stand out tracks. It is nearly as consistent as the prior duo, still manages to highlight the impressive vocals, inventive beats and thoughtful lyrics, but no Movements, Motion 5000 and definitely no Witness to hang your hat on hurts a little.

The issue here is perhaps that the more organic feel of the first two albums has been replaced with synth sounds and electronic blips and bloops, case in point is lead single Colossal Insight, a decent song buried under a blanket of over-production. The bonus disc that came with the album contains the same song only acoustic and live, a tune which I prefer to the album version.

Still as always there is much to enjoy. Mind 2 Motion is a nice opener and several other tracks made the cut to end up on the ipod. But that too is indicative of the small step down in quality that Mr Manuva made from this point on, of the 9 songs (from 14) that I felt warranted inclusion among the 5,709 songs on my ipod, only Mind 2 Motion was rated 4 star, with the remainder all ‘just made the cut’ three stars…

Awfully Deep isn’t a bad album, it just stands in the shadows of two giants. 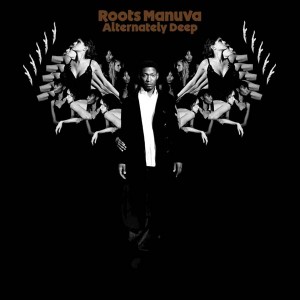 A 12 track EP following swiftly on the heels of parent album Awfully Deep, Alternately Deep is a collection of remixes, scrapped versions and unreleased tracks from the album proper sessions that somehow manages to be more coherent and uniform in tone.

While it still doesn’t boast a standout track, the EP manages to be entirely listenable and consistent, probably more than Awfully Deep. A great example of the ongoing Roots Manuva conundrum, where it seems easy to churn out an eminently listenable track, but nigh impossible to replicate the great songs from earlier in his career.

Still, for a cut price EP you won’t do much better. 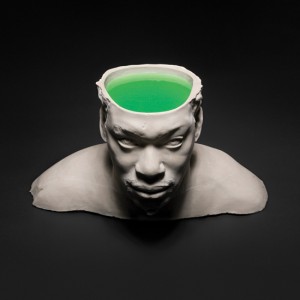 Slime and Reason sees a return to form of sorts, Again & Again uses some nifty horn samples, Let the Spirit is a jaunty track (with a brilliant remix by Hot Chip available) amd Buff Nuff and Well Alright also quite solid.

The fact that a 15 track album managed to justify 11 tracks on my ipod shows consistency in quality, the troubling truth being that once again none managed a 5 star rating. 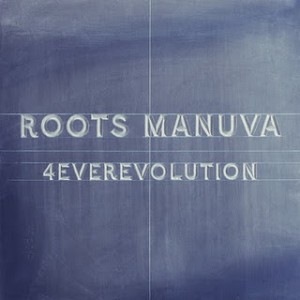 I am still coming to terms with the new album, at 17 tracks and nearly 60 minutes it is at the very least prolific, but any good?

Look I wish that I could proclaim it an all time great just to give this a happy ending, but the facts are that the unfortunately titled 4everevolution is another consistent outing with precious few highpoints.

It does however boast a few of the more accessible songs that Roots has released in a while, with Watch Me Dance and Wha Mek being frankly quite normal, and good, and Noddy being pretty straightforward hip-hop.

I’ve purposely dragged this album and played it from beginning to end many times over the last few weeks, I find myself nodding away at some points, but more worryingly nodding off at others – not literally – but the album becomes a little samey after a while and a little too easy to allow to fade into the background noise, even when played loud.

I like 4everevolution, I just wish I needed it more.

Summing up a 15 year plus career that has never followed a narrow path is never easy. The best thing I can say is that Roots Manuva has followed his own star for the duration and that in the early going his star was incendiary.

The good thing is that if you like his music Rodney Smith hasn’t yet made a dud album – though Awfully Deep was close – but if you kinda like his tunes then nothing he has made in a decade will be especially necessary. In fact I can’t name a great track that he has made since Run Come Save Me that wasn’t the hot Chip Remix of Let the Spirit, yet on albums one and two he had no less than 4 classic tunes and a bunch that could be classified as at least very good.

It’s fair to say that at nearly 40 Mr Manuva’s best days are perhaps behind him, but his best days were frankly awesome, and those first two albums a pair of the best hip-hop albums made in the era.

That said, even though it isn’t perhaps at the heights of the early stuff 4everevolution is a solid album, better than most of the dross available right now and worth a look… er listen. 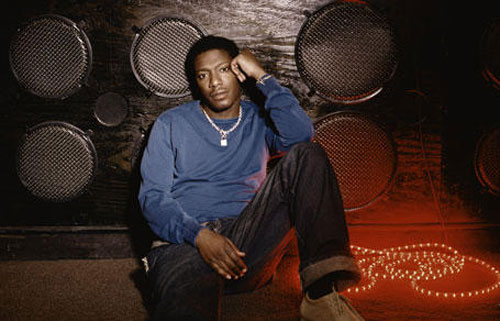 Take a load off Mr Manuva.

While I try to throw a joke or two into proceedings when I can all of the opinions presented in my reviews are genuine. I don't expect that all will agree with my thoughts at all times nor would it be any fun if you did, so don't be shy in telling me where you think I went wrong... and hopefully if you think I got it right for once. Don't be shy, half the fun is in the conversation after the movie.
View all posts by OGR →
This entry was posted in Love & Hate, Music, Showin' Lurve. Bookmark the permalink.