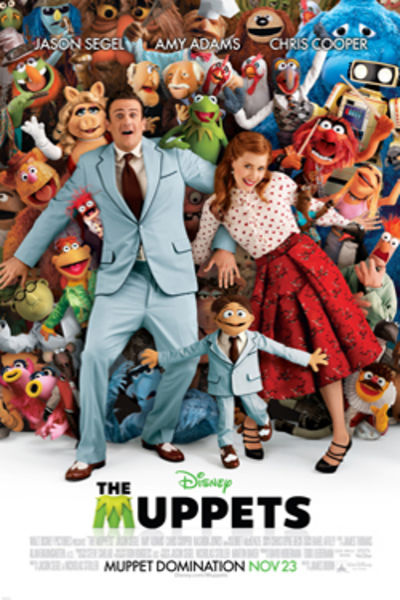 You can’t hold them all back, and why would you want to?

Kid-friendly TV wasn’t always the big business that it is today, with Dora, Bob, Thomas, Elmo, Lightning, Buzz and a palace full of princesses stuck, embroidered and decaled on the backpacks, clothes and possessions of billions of kids worldwide.

When I was a kid you essentially had the choice of Play School, Sesame Street and claymation stuff like Gumby for the juniors, with Banana Splits, Monkey and Get Smart as you got a little older.

And of course the Muppets were always around. They had a hilarious TV show with high profile guests elbowing to get on, and every few years a new Muppet movie was released.

Then the 90s came, kids shows became all about learning (good) and profit (not-so good), with flavour of the minute stuff like Mighty Morphin Power Rangers, Pokemon and Teletubbies coming and going with the ebb of sales figures.

In the 90s The Muppets had a short lived TV series that was amusing but lacked the same spark, and a couple of movies with diminishing entertainment value and even lower box office, and worst of all Jim Henson – the father of the Muppets – passed away in 1990.

The 2000s saw a few TV specials that vanished into thin air and it seemed the world of Muppets was a thing of the past.

Until a few years ago.

Sit-com actor and star of Forgetting Sarah Marshall Jason Segel started openly campaigning to bring them back, and as soon as the media sensed that he was genuine he couldn’t sit for an interview without it coming up. Regardless of what the intent of the actual interview was – there were the Muppets popping up.

A script was allegedly written and submitted for approval in 2008, but it took until now for it to officially see the light of day.

I’ve personally followed every rumour, reference and announcement since day 1 (trying to ignore anything too spoilerish), because I thought there was no way that after 20 odd years of being resigned to niche value or nostalgia that The Muppets would be relevant in 2012.

And while The Muppets 2012 isn’t as ‘Epic’ as The Great Muppet Caper or as irreverent as the classic TV show, it is impossible to dislike, and unbelievably rewarding to see them back on the big screen. 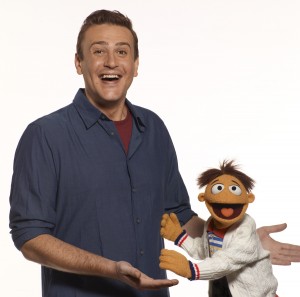 And you thought De Vito and Arnie looked the same!

Gary (Jason Segel) and Walter are brothers from Smalltown USA. Both are huge Muppet fans, even though in this day and age being a ‘huge Muppet fan’ is particularly unfashionable. I should also point out that while Gary is very much human, Walter shares a striking resemblance to many Muppets – given that he’s made out of felt and the like…

When Gary takes fiancé Mary (Amy Adams) to the big city of Los Angeles to celebrate their anniversary he surprises Walter by asking him to tag along so that the trio can visit Muppet Studios.

It is during this visit to the now run-down and ramshackle studios that Walter inadvertently overhears the Bad Guy (Chris Cooper) lay out his dastardly plot to bulldoze the studios to get to the oil reserves that are conveniently underneath.

Walter is aghast. So too is Gary once he is informed. But what to do when only 10 million dollars can stop the evil plot? So in desperation the trio seek the little green wise one with the funny voice. No not Yoda, the other one that everyone tries unsuccessfully to imitate. Kermit the frog.

But after so many years in stasis it seems that the once leader of the Muppets has given up, and old Kermie is resigned to a life of irrelevance and seeing out his remaining days in anonymity – though I must say he doesn’t seem to have aged a day since his halcyon years!

And even if they could do something, he has also lost touch with the rest of the gang.

Cue the We’re getting the band back together montage – which the Muppets gleefully acknowledge is just that. Would you believe Gonzo is the successful one? And that Animal has entered anger management? With Jack Black as his sponsor?

Now back together, the Muppets have limited time to host a successful fund raiser, prove their relevance and save Muppet Studios from demolition. Can they do it?

It’s great to see the Muppets back on the big screen but in truth this film is only a few degrees removed from anything Muppetty from the last couple decades, the songs are still great, the humour not mean spirited and the cameos apparently mandatory (I just wish they didn’t have flavour of the minute people like Selena Gomez in there). Of the changes; the film doesn’t bother with placing the Muppets in a familiar storyline like Treasure Island or A Christmas Carol, choosing instead to harken back to the original Muppet Show from the 70s and 80s. The Glory Days. The downside of this is less Pepe the Prawn, but you can’t have everything.

The best decisions that make this film what it is are the personnel involved, Segel is an unabashed fan and obviously relishes every second onscreen with his fabric friends and Amy Adams is eternally effervescent. Bret McKenzie is an inspired choice to write the original tunes and his Conchord-esque fingerprints are all over the tracks – especially Chris Cooper’s awkward rap effort, and of course if you have to do a cover it always helps to have The Rainbow Connection in your back pocket…

There was a time when being entertaining and likable was enough to greenlight a film, when demographics, profitability ratios and brand penetration weren’t worried about.

Well now it’s 2012, The Muppets are still impossible to dislike and they work their furry (and felt) butts off to entertain people from 4 to 94. I just hope that the fact this film seems to have made money without selling out is enough to ensure that Kermit and friends are allowed to pop up on the big screen periodically for the next decade or two.

Final Rating – 7.5 / 10. It won’t win an Oscar. It won’t bring about World Peace. It will bring a smile to your face – and more importantly to kid’s faces – without being mean spirited, aggressive or resorting to being so hot right now.