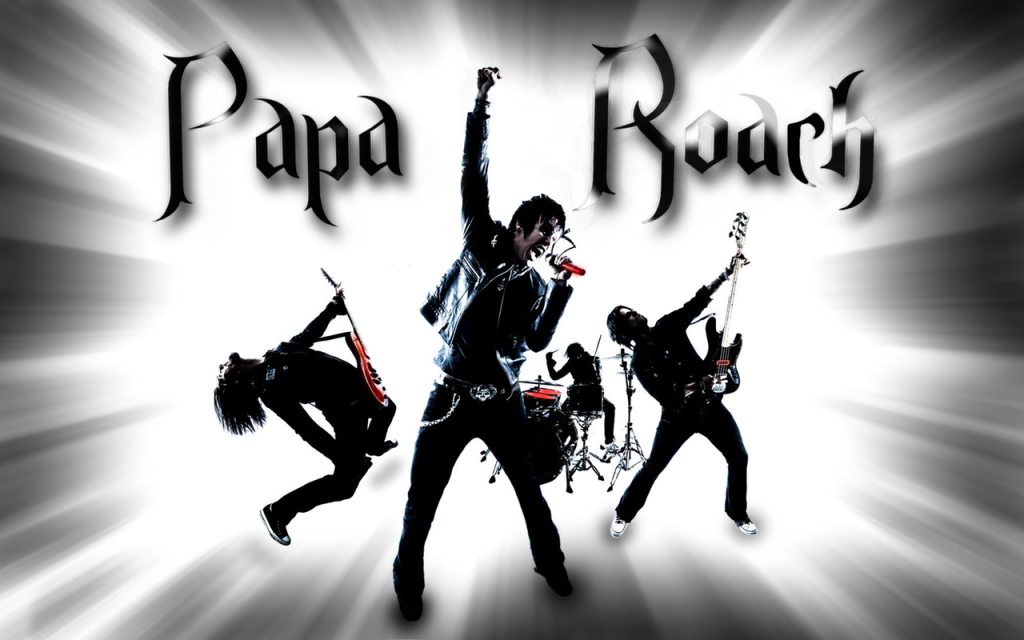 At first glance Papa Roach are instantly and understandably hateable. 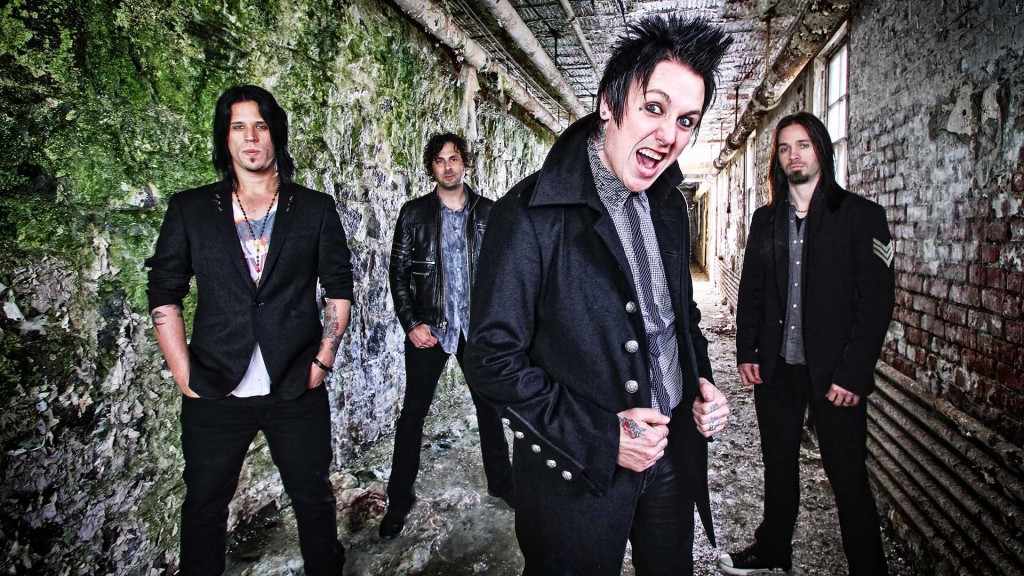 Actually they are at second glance also.

A bunch of pasty tattooed white boys with carefully unkempt hair and just the right amount of fashionable disenfranchisement, they seem purpose built to conquer the emo market with their guitar heavy, despair laden singalong rock.

I first saw a Papa Roach song on some music video channel, and immediately tuned out. Something about the rap/rock hybrid that was so annoyingly omnipresent at the time, mixed with the pretty teens moshing away in unison. Not for me…

And I’ve always thought if you’re going to put ‘fuck’ in your lyrics, put it in the video. Don’t give me the faux-hard “don’t give a … if I come out bleeding”, accompanied by the blurring of the vocalists mouth at the appropo instant. But that’s another gripe for another time.

To look at Papa Roach basically demanded my wilful ignorance. And I granted their wish happily.

When I first really heard Papa Roach I liked the song; it was Time and Time Again, and it was one of the primary backing tracks to one of the Need for Speed PS2 games. Something about the adrenalin of (simulated) high speed driving, and the pulsating drums and guitar riffs of the song just worked for me.

Of course I didn’t know it was Papa Roach, until I heard the song enough times for me to look it up.

Fate took over from there. A quick trip to Bali saw me wander past a pirate cd stall, where I happened upon a Papa Roach ‘best of’. While dubious as to the boldness of the title, I threw down my buck or so and took the risk that this would be the one burned cd in Bali that wouldn’t skip constantly.

Of course I was wrong, but the bits between the skipping convinced me that further investigation was warranted.

Papa Roach took a minute to put the substance behind their style, and once they found the sweet spot they weren’t able to stay in the groove for long – 3 albums to be specific. Longevity, maturity and apparent sobriety also haven’t helped. At least musically.

The flip side to that being that the group can probably live long enough to spend some of the teenagers dollars that line their pockets. 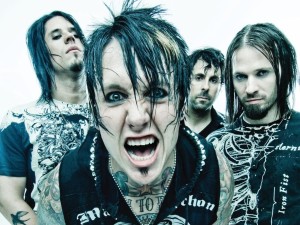 Now given that every publicity shot, music video or album cover photo that contains the band members is so egregiously cheesy and calculated, I have deliberately steered well clear of anything that informed me of who the band is. Even the between song patter on the live album and dvd makes me cringe, to the point that I shelved the dvd, never to be seen again. Imagine for a moment if the human personification of the OS voice in the film Her was Maggie Gylenhaal. It sounds good, but please don’t make me look at it…

With that said, here are some brief thoughts – about the musical content only – from the entire Papa Roach discography.

Their major label debut is, as is the norm, a bunch of songs that the band had previously written and were familiar with. The songs that someone important heard and inspired him to sign them.

Dubbed ‘nu-metal’ by the music media – because the media like describing things with phrases that mean fuck all – the sound was heavy rock with a smattering of what is allegedly rap. I would choose to call it ‘words that still rhyme but delivered in a clumsy staccato way’. There is nothing horrible about the ‘rapped’ sections of these early songs, but then again you will never find yourself rapping along…

The choruses on the other hand, are where P. Roach always shine, even today when they have essentially buffed out all sense of feeling and emotion from their tracks. I have found myself belting out a chorus in my car, then moments later thinking just how banal and awkward the lyrics were.

Nonetheless Infest, Broken Home, Last Resort and Binge are great songs and for some reason Dead Cell is a personal five * favourite.

With the tried and true garage honed songs making noise and selling copies, it would be interesting to see how the P would go with no songs in the bag and a deadline to work towards. 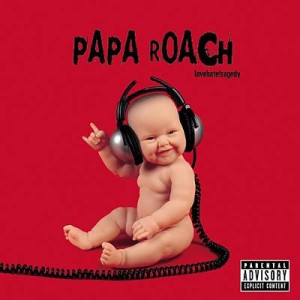 Yep the cool cover with the sign of the devil baby on the front. Must’ve sold a lot of t-shirts…

The rapping is a little more spare on the ground, and the album is neither better or worse for it. The cold hard fact is that this album is a hard power pop cracker from start to finish. M-80 opens strong, and there isn’t really a weak spot on an album which is lean, mean and very worthy.

Funnily and happily enough, this wasn’t even the band’s high point. Time and Time Again however, is the band’s best song. 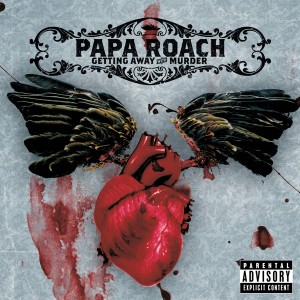 Getting Away with Murder

While love… Was consistent and solid from go to whoa, Getting Away With Murder is harder, catchier and equally consistent, just at a higher level. It also sagely did what every self-respecting hard rock group in the 90s did. It had a singalong ballad type sensitive anthem, though in the familiar Papa Roach way, even that was called Scars. At least this time it was about overcoming bad experiences, and not revelling in them.

Probably better experienced as an album instead of taking chances in a playlist, GAWM offers powerful numbness as waves of brief, catchy yet heavy tracks wash over you. It’s not party music, it’s not background music, this is an album for high volume in the car alone or through the headphones at home.

In fact the only negative is the presence of three ‘bonus’ songs at the end of the album proper, none of which make the grade. It kinda puts a dent in my pleasantly suicidal vibe… 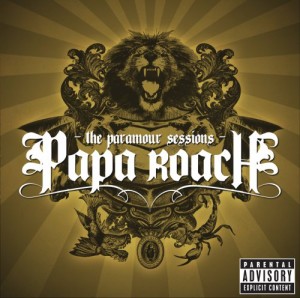 I’ve always thought this album screams ‘deadline approaching’. Sure some of the songs are ok, they just seem a little cold and over-polished, with a series of titles that look like the work of manic depressive group-think.

For your consideration: Alive (N Out of Control) / I Devise my own Demise / What do you do? / My Heart is a Fist… Etc

Again none of this is bad, just slightly forced and insincere. It’s almost like a group of not such young men learning that everything isn’t necessarily as bad as they thought for so many profitable years. It’s hard to live a young and wild life when you are no longer the first, and the second suddenly seems like an awful lot of work.

Decent album, but if it was your first Papa Roach purchase there would likely not be a second. 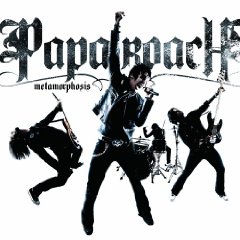 The fact that the title suggests growth and transformation isn’t really a positive for a fanbase that liked small scuttling bugs. And just what would a roach turn into? A bigger roach?

In any case where Paramour sounded like talented guys working without passion, Metamorphosis is the sound of passion long departed. I actually quite like the lead single Lifeline in a straightforward sing along poppy way, but it is telling that the only other track from the album that passed my iTunes quality filters was a tacked on live track from a previous album. It’s also the first album to have the group on the cover; see just how relaxed and unforced that turned out?

It is no longer the band that is depressed and ornery, now it is the people who paid money for this. 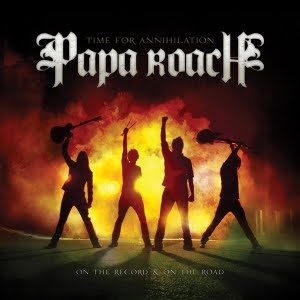 A quick diversion for any rid album that reflects the half arsed nature of the group a decade on from youth and being hungry. A smattering of new uninspired tracks, padded out by some live versions of the far better songs we are all familiar with.

Papa Roach’s first 3 albums all clocked in under 40 minutes. As they ran out of quality material it seems they tried to compensate with more. At 60 minutes I his is their longest and least album.

And it’s a live album, so the awkward titles and the Woe is Me are all recurring…

Apparently hailed as a ‘return to the classic years’, The Connection is another mixed bag, a few decent tracks betwixt a bunch of stuff that wouldn’t cut it as the ‘bonus tracks’ on earlier releases. I like Silence is the Enemy and Breathe you in, which is an upgrade on the last couple albums, but again much of this is more going through the motions. 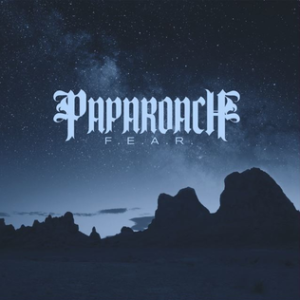 F.E.A.R. (Face Everything And Rise)

Like an office worker who things they have their job down pat, before a new raw employee shows up and blows the doors of them with effort and determination, Papa Roach seem prodded into action.

They’re still a far shout from the glory years, but a few tracks here manage to peel some rust from the aching bones.

Getting Away with Murder – Lean, mean, consistent and perfect angry pop.

Hold on, it ain’t all good…

The Paramour Sessions – Consistent, but with few high points.

Time for Annihilation – An adequate live album with a couple decent new tracks.

The Connection – Sections less than mediocre. 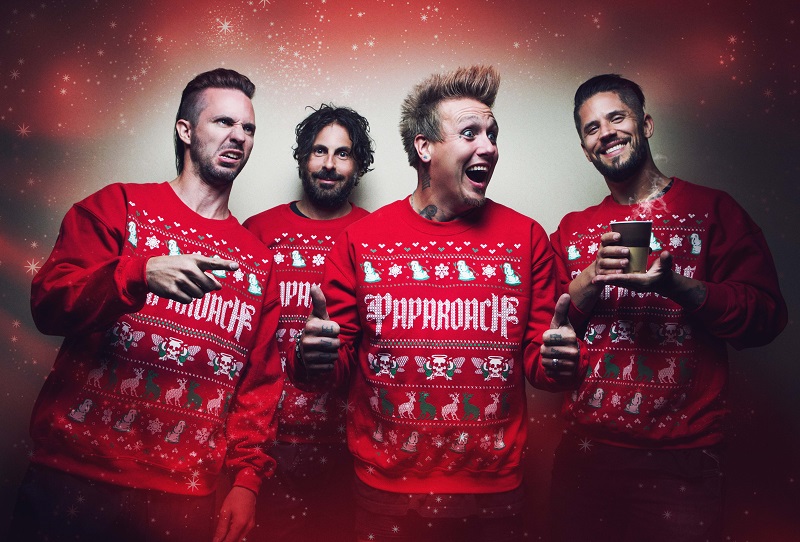 Papa Roach may never rescale their previous heights – and they were never cool (see above) – but in those years when they were ‘on’, there weren’t many better power pop groups out there.

Check this out before you label me off base…

While I try to throw a joke or two into proceedings when I can all of the opinions presented in my reviews are genuine. I don't expect that all will agree with my thoughts at all times nor would it be any fun if you did, so don't be shy in telling me where you think I went wrong... and hopefully if you think I got it right for once. Don't be shy, half the fun is in the conversation after the movie.
View all posts by OGR →
This entry was posted in Lists, Love & Hate, Music, OGR Recommends, Showin' Lurve. Bookmark the permalink.