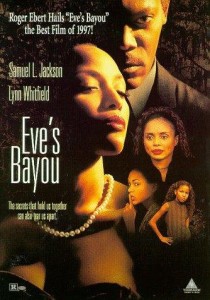 A ripping party is taking place in New Orleans in the 60s. A party at the home of the beloved local Doctor Louis Batiste (Samuel L Jackson) with dancing, drinking and frivolity that continues well into the night, before the inevitable alcohol fuelled disagreements and messy exits begin.

Louis is charismatic, gregarious, and especially friendly to attractive women. In fact earlier this very night his impromptu ‘barn call’ to perform a clumsy ‘check up’ on another seemingly healthy – and very married – female guest, is disrupted only by the presence of Louis’ quiet and introspective young daughter Eve, who happened to be there only by chance.

Eve initially tells her older daughter Cisely, a louder and more headstrong girl who insists that she was ‘imagining things’ and that she must put a stop to this silly talk immediately. While this initially isn’t too difficult, the closeness of the family and a community well aware of Louis’ ‘easygoing nature’ leads to difficult times.

And so the powder keg is lit in what wants so desperately to be a compelling thriller. Only it tries too hard, what with two headstrong girls, a reluctant wife who knows more than she lets on, and her ‘intense’ sister who is actively practising voodoo, it’s amazing Louis’ Quagmire-like tendencies aren’t brought to light much earlier.

It’s been a week since I watched Eve’s Bayou, and all I can recall is one slow-mo heavy scene and the over-riding feel that the film demanded we worship it. Consider me an Eve’s Bayou atheist. While it is an OK time killing film that reminds us of the already widely known fact that Samuel L Jackson is easy to like, it is hardly anything more.

Voodoo can be cool when in the right cinematic hands, Angel Heart is a nice example, Venom is certainly not. This is the Mummy Bear of voodoo themed films, and we all know Goldilocks thought Mummy Bear was a wussy fence sitter.