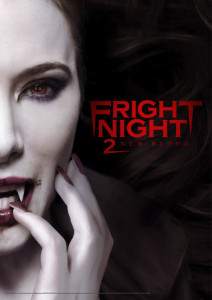 Making a movie costs more than a few bucks. Even crappy ones can set you back a minimum of a million or two, with most a lot more.

There are a few basic ways to whittle down the budget and increase the chances of a profit. You can film in a place where costs are low. You can shy away from bigger name – ie higher cost – actors and actresses. You can stick to a genre which is known to be lower cost; horror and drama are popular. You can make a crappy sequel to an already known franchise. You can use an already drafted plot.

By considering, and utilising these budget savvy techniques, you maximise the chances of recouping costs. Now successful or known filmmakers with a cv behind them do not usually need to consider such methods, a quick chat and a power point presentation usually gets them the nod leading to the cast, the budget and the free reign.

Nope, filmmakers resorting to the tactics above are usually after one of two things;

The following review will highlight the above cost cutting techniques where relevant with the sound of a bell. But let’s address these two primary goals at the conclusion of the review shall we…?

Fright Night was originally made in 1985. To this day it remains an effective little horror movie with legions of (greying) fans.

The remake of Fright Night was made in 2011 with Colin Farrell in the lead. It was unnecessary, unrequested, and undeniably better than anyone expected.

So now, the sequel to the remake arrives, unannounced, straight to DVD.

Set in Eastern Europe *ding!* and with no returning stars *clang!*, this horror *bong!* remake *ting!* sequel *ching!* follows the plot of the original (well original remake) faithfully *BO-NNNNNGGGGGG!!!* to the point that you wonder just why the hell they bothered *consider possibility 2*.

It’s a total shock to everyone involved when they quickly discover their hot professor is a vampire.

They find a girl to run around and a vampire expert to consult on the fly. There is lots of blood, screeching, vampire conversion (and some reversion) and – the film’s only partial credit – much nudity. It’s scare free, laugh free and reason to exist free.

In fact it’s all exactly the same and far less than it was a couple years ago, with the BIG TWIST being that the vampire is… a Woman!

When you decide to follow up an already low budget unexpected hit that was way better than anyone had a right to expect; only you do it with far less money, zero known actors and essentially the same plot; why bother?