The Death of Joke-Telling 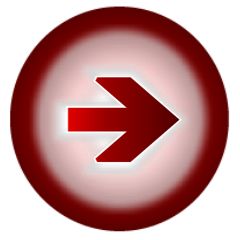 Stupid button! It's all your fault!!

A vicar, a scoutleader and a nun walk into a bar….

No wait, it turns out they didn’t after all. And it seems an odd group of people in the first place anyway…

Centuries of people telling jokes has been terminated. Killed by Bill Gates and his buddies.

Thanks to the three w’s we will have no more:

– Honing them in the shower in the morning.
– In the car on the way to work.
– Finalising your version shortly before you walk up to a mate…
– And then ballsing it up anyway when you miss a key fact or trip over the punchline.

Still, hearing and passing on a good joke was a staple part of every phase of my life including kindergarten:

As I said, including kindergarten.

What killed the joke? One little button marked “Forward”.

Thanks to the internet and email, you don’t have to waste your 45 seconds to a minute justifying the decision made by an Irish gentleman to jettison his Chinese travelling partner for comedic effect.

More than the frivolity and temporary amusement created by the passing on of zingers, telling jokes used to be a reason to kill a few seconds, to interact with others, and better still the process itself was often funnier than the joke. Everyone liked to relay a good joke, usually you would poach it from a comedian or another friend or associate, fine tune it so that it flowed and suited your delivery, and then look for someone to pass it onto. Now while everyone liked to tell a joke, not everyone was good at it, and this is where it got fun.

Everyone knew good joke tellers who turned a simply story with an amusing ending into an event that somehow made the joke soudn better than it actually was, and equally amusing was the guy who couldn’t string two lines together to save themself, but darn-it they were going to give it a go anyway.

My mum couldn’t tell a joke to save herself, but that didn’t stop her trying, you could actually see the gears breaking down behind her forehead when she went off script near the punchline, and there was never anything funnier (or more disappointing depending on your perspective) than sitting through a lengthy set up only to hear:

“Oh and I forget how it ends but it was very funny.”

Q – What’s the most important aspect of telling a good joke?Timing.

And so you would be rolling on the floor while the teller pondered where it went wrong and grasped futilely for their dignity back.

Nowadays you click the magic button (I used to clean up the >>>s on the left margin for the better jokes so that it looked more original (and less-forwarded I guess), and wait for the reply “Seen that”, or “that’s a good one”.

So I rarely pass jokes on anymore, they hardly seem as personal or as interesting as hearing them first hand. And when I get a good one I chuckle and 99% of the time click delete and move on.

I feel that saves my friends valuable time typing LOL or ROFL.

One last parting gift though, here is the best joke I have heard in a while, a bit blue but many jokes are in this crazy society.

Paris Hilton and Lindsay Lohan are staggering home drunk after a typical evening in the life of a talentless yet inexplicably famous pair of hacks. As they walk over a bridge Paris turns to Lindsay and says “You know what? For once I want to pee just like the guys do. I’m going to piss off this bridge.”

So Paris downs the strides (and not for the first time that evening I’d wager) and proceeds to aim her nethers over the edge of the bridge. She turns again to Lohan and says excitedly “And I’m going to aim for that giant canoe!”

Lohan peers over the edge of the bridge and says “No Paris, that’s just a reflection.”

Ladies and Gentleman, I’ll be here all week.

While I try to throw a joke or two into proceedings when I can all of the opinions presented in my reviews are genuine. I don't expect that all will agree with my thoughts at all times nor would it be any fun if you did, so don't be shy in telling me where you think I went wrong... and hopefully if you think I got it right for once. Don't be shy, half the fun is in the conversation after the movie.
View all posts by OGR →
This entry was posted in Love & Hate, Playa Hatin', Rants 'n' Ramblings. Bookmark the permalink.