In defense of… Christian Bale 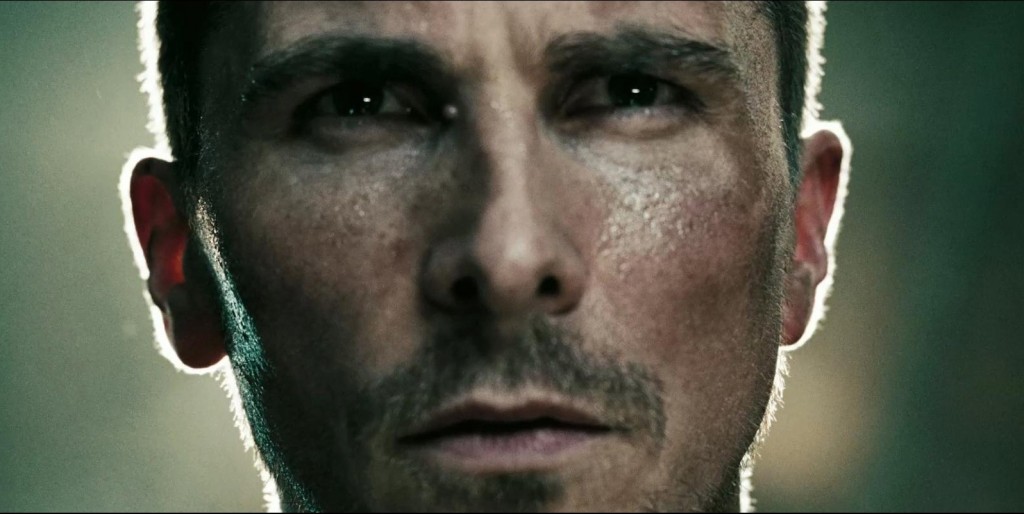 For some reason I feel the need to stick up for Christian Bale even though I know even less about him than 98.3% of the people on the planet. I don’t watch the E Channel or puff pieces on the news, he doesn’t do the late night talk show circuit, and the last time I read about Bale in anything other than a movie review would likely be the time he went bat-shit crazy (pun clumsily intended) and chewed out that lighting guy.

And of course all the viral things that followed including techno remixes, photoshopped thingos and countless late night TV jokes.

But this is where I feel the need to stick up for the guy. We (meaning society I guess) have labelled him in many ways since then, ways that seem to have stuck. So Christian Bale is now a prima donna, a headcase, a pretentious git, and until he dives off a bridge to rescue a drowning puppy or donates a kidney to Nelson Mandela he will likely remain that way. 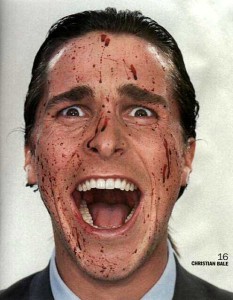 Christian Bale is about my age. He started acting when I was still in primary school and had a starring role well before I needed to shave (I started last year). In a Steven Spielberg film alongside real ‘career’ actors no less. You may have heard of John Malkovich? Anyway the film was Empire of the Sun, an especially mature film that had Bale as a child interned by the Japanese in World War 2. Though the film wasn’t a Saving Private Ryan sized hit and reviews varied, Bale was often singled out for praise thanks to a performance beyond his tender years.

But regardless of the reception for the film, the point is this. Bale has been a professional actor plying his trade for over two thirds of his life – and definitely all of his adult life.

One meltdown – granted, one that we know of – in a quarter century shouldn’t be a hanging offence should it? But wait. There’s more.

It was a full decade between ‘Empire…’ and anything that you’ve (well I’ve) heard of, and that was Velvet Goldmine, a film I haven’t even bothered to see. A couple of comparatively minor roles followed, then American Psycho…

Now the fun starts. As the increasingly unhinged Patrick Bateman Bale gave a nuanced performance that was effectively a dual role, the pretentious high powered yuppie working his way up the company chain of command, and the potentially homicidal lunatic trembling to hold back the urge to take a chainsaw to everyone around him.

The film was again met with mixed reviews though far more passion than Empire of the Sun. Some decried its use of extreme violence despite the fact that hundreds of other action and horror movies went far beyond what was portrayed here (but this guy wears a tie! How can he be a killer?), others felt it betrayed the book. And blah-blah-blah. However you slice it one Mr C. Bale had arrived.

Print out the bone on bone business cards. 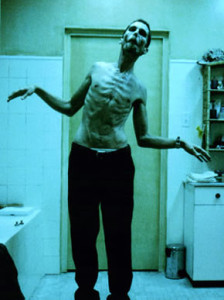 Since then Bale has emerged as not only one of Hollywood’s go-to guys for roles spanning several genres, he has developed a reputation for fearlessly throwing himself into roles.

In 2004 his role in The Machinist required him to lose the body weight equivalent of the Olsen twins to appear as the gaunt and emaciated Trevor Reznik, which in turn meant that he had to eat like Christina Aguilera at a buffet to pack on the pounds of muscle required to play his now signature role, that of Batman / Bruce Wayne, in Christopher Nolan’s inspired reinvention of not only the Batman but comic book movies in general.

But that wasn’t even enough to prove his worth, in fact the next role was almost a deliberate middle finger to those suggesting he might rest on his laurels, as in Rescue Dawn Bale played a prisoner of war who again drops a dramatic amount of weight while imprisoned.

For those keeping track so far, Bale dropped around a third of his bodyweight for The Machinist, put it all back and then some for Batman Begins, then painstakingly lost it all again for Rescue Dawn. By the way his next couple of roles were as a ‘normal sized’ magician in The Prestige and a cowboy of sorts in 3:10 to Yuma, so after Rescue Dawn he obviously went straight back to the dinner table.

Talk about yo-yo dieting. It puts those puff pieces that every second women’s magazine triumphantly emblazons on their cover in perspective: ‘How I dropped 15 pounds’. ‘How ‘Vacant Reality Star X’ lost her baby weight’. And try to find a picture of those dopey bitches looking happy.

(By the way the ‘secret’ in every one of those attention grabbing headlines is exactly the same; diet and exercise, the same way ‘ordinary people’ could lose weight…)

But back to the action, after pulling out all the stops in the second Nolan helmed Batman movie – and one that you could argue as one of the great films of the millennium so far – Christian Bale decided to take on a pivotal role in one of the most critically and commercially successful franchises in history, and one held close to the heart of any male lucky enough to be an 80s or 90s teen, as adult John Connor in Terminator Salvation.

Which brings us all the way to the meltdown. So let’s examine that. First let’s remember that to this stage Bale was simply a very thorough method actor with undeniable talent and a willingness to punish himself physically and mentally for a role. 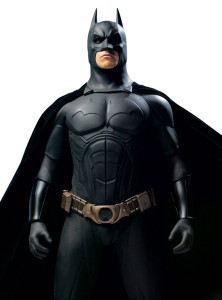 Now, what we know happened; During preparation for filming of a scene in Terminator: Salvation Bale launched into a seemingly unprovoked attack on a crewman which embroiled the Director and other crew members and resulted in a Bale screaming at the man in a 4 minute profanity laden tirade.

What we don’t know: Everything else, including what happened before and after the rant. Now let’s consider some things that may have been running through Christian Bale’s mind at the time;

“Hey Common. Hey Bryce Dallas Howard. Hey Moon Bloodgood. I’m Christian Bale, I play John Connor. (My god didn’t any of these nobodies go to acting school? One’s a rapper, the other’s Dad is famous, and what the fuck is a Moon Bloodgood?)”

“This Sam Worthington nobody seems to be getting an awful lot of screen time here. I thought the Terminator movies were all about John Connor?!?”

“Are you serious? They’re bringing back an Arnold Schwarzenegger robot? What filming day is that? Do I have to be there? I’m fucking Batman for fuck’s sake!”

“How can I go from Christopher Nolan to Werner Herzog to… this guy. Shit even the 3:10 to Yuma chap made the Johnny Cash flick with that crazy white hipster rapper who went nuts… Joaquin something.”

“What’s next once I finish this… paycheque… Public Enemies! I tell ya if that Depp kid tries to out-pretty me while his Dad Tim Burton isn’t around I will fuck. Him. Up. At least Michael Mann is running the show, that should calm me down.”

“What’s after Public Enemies? The Fighter? Fuck! When I signed on to The Fighter I thought I’d get a chance to show off my Batman muscle. Now I find out I’m Marky-Mark’s emaciated junkie loser older brother. Fuck I’m hungry again.”

“Shut up stomach. I will END you.”

“Man I need to blow off some steam. Who is that fucking guy scuttling about?”

“I shouldn’t gone all ‘method’ on American Psycho. Sometimes I don’t know how to turn it off.”

“No I shouldn’t have stayed home to clean the guns. Shut up voice in my head!”

“That guy is STILL moving around…”

The rest is of course history. The guy (allegedly) didn’t stop moving, leading to Bale losing his shit and indulging in a rant for the ages which was released to the public some 6 months later. 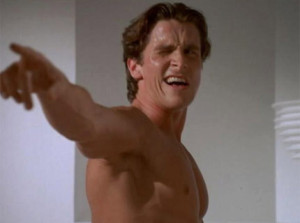 As mentioned in the days after the release of the recording the world of entertainment went nuts. The recording was everywhere, talk shows overdubbed it across every piece of film they could, hack recording artists sampled it across mediocre backing tracks, and late night talk show hosts went to town.

It actually followed the viral cycle most faithfully. It was released to shock, the initial parodies emerged within 48 hours, the better ones in the week that followed, and then two weeks or so later everyone had not only heard all about it but was already over it.

Even when Bale finally addressed the outburst in an interview, apologising unreservedly and taking full responsibility for being a prick, the faux, or at least misdirected, outrage continued unabated. Boycott his films. Ban him from awards shows. Fine him. Etc…

I mean really. Even if he didn’t apologise all Bale did was act like a total cock. Once (that we know of). And at work I might add. I mean I work in a small friendly office of 20 odd people and I have personally witnessed a couple of meltdowns in my three odd years there – and many, many more in other offices in the years prior. Many of these outbursts were from people already acknowledged as wankers or bitches, but some were right out of the box from people I never would have expected.

They say ‘pressure makes diamonds’ and it does. But it also turns big tough guys into whimpering ninnies and super-smooth and ultra-confident operators into indecisive puppies weeing down their own leg. Some yell a bit, apologise and then move on. Pressure does different things to people.

So should it be a huge shock that a guy who is paid mega millions to ensure his films make billions (Bale has appeared in films with total box-office of almost two BILLION dollars. In layman’s terms; more than you) and is willing to do extreme things to his own body for his ‘craft’, might have a brain-snap once a decade or so? 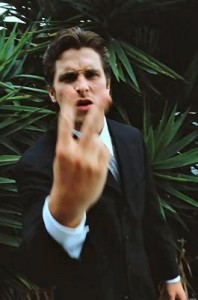 I mean for all we know this was Christian Bale’s only regrettable episode in his near 40 years on the planet. He could write children’s books and make charitable donations the rest of the year under aliases. He could do nothing else besides helping Betty White cross the street – whether she wants to or not – for the rest of his life, and he’ll still be ‘that guy that lost the plot and swore a lot’. Or best case ‘the who gains and loses weight a lot’.

Instead of one of the most talented, malleable and adventurous actors of a generation.

While I try to throw a joke or two into proceedings when I can all of the opinions presented in my reviews are genuine. I don't expect that all will agree with my thoughts at all times nor would it be any fun if you did, so don't be shy in telling me where you think I went wrong... and hopefully if you think I got it right for once. Don't be shy, half the fun is in the conversation after the movie.
View all posts by OGR →
This entry was posted in Film, Love & Hate, Showin' Lurve. Bookmark the permalink.

2 Responses to In defense of… Christian Bale