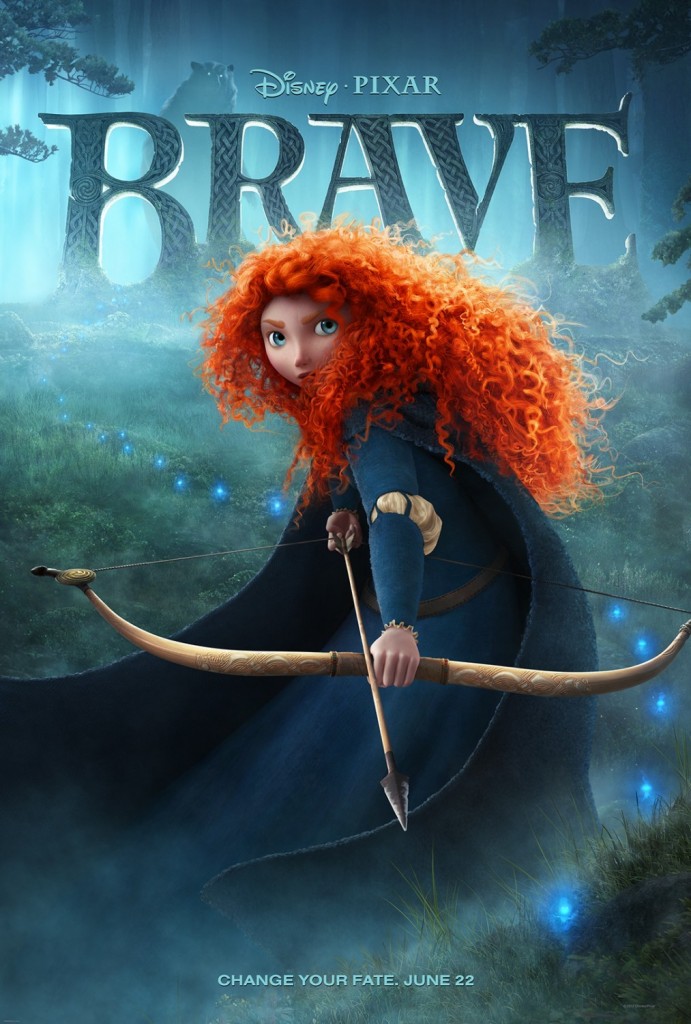 Kathy Griffin was always ornery. Then she got a bow…

I am amazed that it took so long for the white gloved hands of Disney to have an impact on Pixar’s releases, given that they purchased the company 2 years ago. But since then Pixar managed to released films of amazing quality and originality at a rate of about one a year (Cars 2 excluded) without any trace of Mouschief.

That was until Brave arrived, a film that follows the Disney template so faithfully that I kept waiting for a teapot to launch into a song and dance number.

But – and thank heavens for this ‘but’ – despite toeing the company line Pixar have still managed to craft an immensely enjoyable film that is at once charming, classic and timeless.

That’s not to say that Disney have been churning out crap for years, Tangled was good fun and The Princess and the Frog was enjoyable, I just didn’t think the Pixar model needed tinkering with.

Set in medieval Scotland, Brave is a Princess coming of age story with a modern day twist. Princess Merida isn’t all that interested in finding her Prince, nor having him found for her, she just wants to have a bit of fun, lease off a few arrows and ride her massive horse about the picturesque woodlands with her flame-red hair trailing behind her photogenically.

Like Beyonce (probably) said in the mirror each night “I’ll get married if and when I am good and ready thanks”, (although in Sasha Fierce’s case a talentless gargoyle with a Trump-esque bank account and an unearned empire arrived to whisk her out of our dreams forever)…

This headstrong ‘All the single Ladies’ approach merely bemuses Merida’s Dad King Fergus, an immense mountain of a man and the undisputed leader of the realm. But it downright petrifies Queen Eleanor, who since Merida’s birth has taken great pains to stress just what Princesses do – and most importantly and frequently – what they don’t do.

This leads to a confrontation and tears, followed by a pony ride, magic, witches, bears and a moral heavy conclusion.

Given that I have already pointed out that this is a Disney-esque film further discussion of the plot wouldn’t be fair or even necessary, given that they are all pretty much the same. Brave will nonetheless please the littlies and bring a broad smile to their chaperones (or DVD suppliers. Wow just in time for Christmas!). It is everything that a Great kid’s flick should be and nothing that it shouldn’t. the voice acting is superb and understated, with the Scottish who’s who of Hollywood all helping out, and at 90 odd minutes it never outstays its welcome – not that anyone should want it to end quickly.

Final Rating – 8.5 / 10. Brave is different to anything that Pixar has done before, yet still as good as almost anything that has preceded it.