The 12 Year Rule of Musical Relevance Category 3: Because we have nowhere else to go… 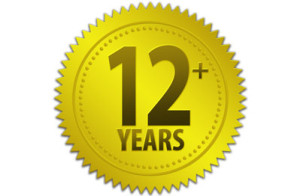 My theory is this; a musician has but 12 years to carve out a career and produce their best work. I am not talking 12 years from the day they pick up a guitar or a microphone, I mean 12 years from when they release their first album which clearly shows that they have promise and are worthy of watching. 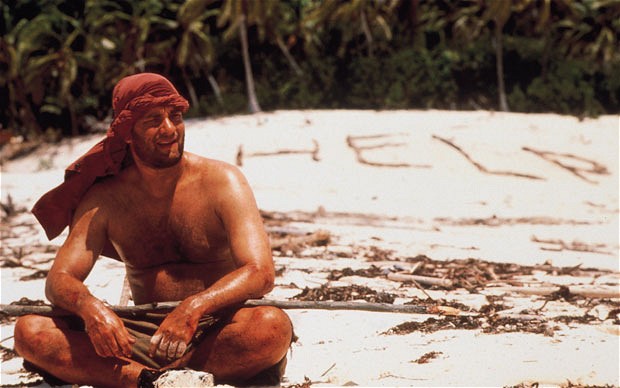 “Cos I’m stranded by myself…”

Category 3 – Because we have nowhere else to go…

In general terms the artists below fall into two sub-categories.

The first are consistent performers, releasing carefully constructed works periodically and building a collection of works to be proud of.

The second are perhaps no less talented, but either through experimentation or periods of reduced inspiration have a patchier track record. Think Tricky but with a longer span between the first Great work and the most recent. These are the guys (n gals) that are either household names or make you think ‘that guy, yeah I liked XX and YY, but not much else’. 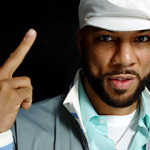 Common – One of hip-hop’s finest and now an elder statesman. Common can electrify a track with thoughtful and complex verses on one album, before teaming with Kanye West to embrace the blandness of modern ‘samey’ production. To be fair Kanye produced a lot of ‘Be’, which to me is Common’s best stuff. I thought ‘Like Water for Chocolate’ was very good, I thought Finding Forever was OK, 2011’s The Dreamer / the Believer had some strong moments, but Common will forever remain a frustration. Like Mos Def he is one of the most talented MC’s going around, but is too inconsistent to maximise his gifts. Unlike Mos Def at least Common has a few classics to his name, I love Mos but he can’t even crack Category 1 of this list. 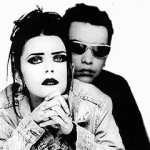 Curve – Like Massive Attack, Rage Against the Machine and The Hives, Curve only have one album, they’ve just stuck to their guns and lasted longer. That is until they broke up several years back. Curve’s best moments are so strong that you wonder why they weren’t better known, unfortunately their catalogue is so similar in sound that it doesn’t take much to realise why. Toni Halliday was one of the smoothest frontwomen in the 90s, Shirley Manson and practically every female lead of the last decade owe her a beer. Music aficionados owe themselves a listen to their albums. 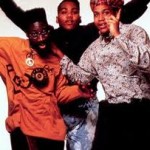 De La Soul – It’s unfortunate that in recent albums De La have taken to reminding their listeners that they have been around a long time; we know, we are the ones that buy your albums and stump up to your gigs. De La have a Best Of that towers over practically all hip-hop. Other groups would kill for a ‘Say no go’ or a ‘Ring, Ring, Ring’, let alone a ‘I am I be’ or ‘Breakadawn’. When ‘AOI: Mosaic Thump was released in 2001 I was amazed that a group well into their second decade could sound so reinvigorated and fresh. While ‘The Grind Date’ was consistent it wasn’t quite as polished, yet I still remain positive that these 40 somethings can bust out another Great one. If you boast 2 of the Top 10 all time MC’s in Dave and Pos you’re always a chance right? 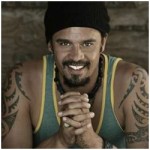 Michael Franti – The career arc of an unkempt angry young man through to the shoeless thoughtful musings of a hippie has been interesting at least, and musically fruitful for those of us who followed along. The Disposable Heroes were pioneers and introduced many to hip-hop with industrial noise and politically charged lyrics, Spearhead had a sound that was far more organic and a tone that was less confronting, but the lyrics were still thought provoking. For mine the arrangement peaked with ‘Everyone Deserves Music’, Franti’s poppiest sounding and easiest listening album. However if you extract the slightly heavy and pretentious radio interludes from ‘Stay Human’ I might be more willing to stick up for that. Franti has let the hippie message could the music in recent years, but I think if he goes back to the basics another classic is not beyond him. 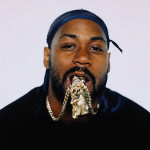 Ghostface Killah – Probably the least likely breakout star of the Wu-Tang, until he went solo most hip-hop fans only knew of Ghost from ODB’s drunkly blurted Ghost! Faced! KILLAAAHHHHHH!!! on ‘Enter the 36 Chambers’. Meth had more charisma, RZA the beats, ODB the memorable ramblings and Raekwon the flow. So what does Ghost have? Only a collection of songs that consistently surprise and delight, and a consistency that no other Wu affiliate can lay claim to. Even the ‘novelty’ love (really sex) themed album written off by many has a few exceptionally strong tracks that Meth and Raekwon would no doubt envy given their recent output. Meth might still be the life of the party, but it is Ghostface Killah who should supply the music. 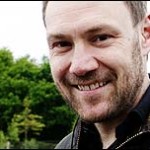 David Gray – When you mine a musical genre as simple and timeless as David Gray your longevity is all but assured. So long as he doesn’t diverge from his current path Dave is a lock to go on and leap into the next hallowed category. Brilliant lyrics, a malleable voice and the fact that he clearly enjoys his ‘job’ make David Gray a modern day legend. While ‘Foundling’ and ‘Draw the Line’ were consistent and in truth very capable, they lacked the standout tracks that granted ‘A New Day at Midnight’ and obviously ‘White Ladder’ Great status. Furthering the Wu-party analogy from above, Dave is probably the best guy on this list to have a beer with, and he’d no doubt just laugh when you pulled the piss about his ‘head-wobble’ dance style. 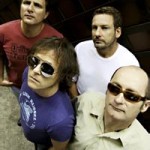 Hoodoo Gurus – Oz rawk legends! The Gurus have been staples on the pub/club scene for three decades thanks to the accessibility and above all quality of their back catalogue. Not even You Am I could lay claim to as many obvious classics as Dave Faulkner and co. As coincidence would have it the live album ‘Bite the Bullet’ was playing in the car today on the way to work. As a result I have been humming ‘If Only’ for most of the day. Unfortunately though the fact is that since ‘Crank’ in 94 true blue classics have been thin on the ground, but thankfully the 6 albums up to and including that one have proven more than enough, meaning loyal punters will keep showing for the live gigs regardless of how the latest album has turned out. 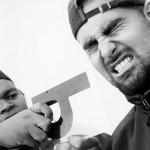 People Under the Stairs – Another lock for Category 4 status and my vote for the best hip-hop group of the millennium thus far (I’ll give Outkast the 90s nod). I’m not here to say that the pre ‘O.S.T.’ stuff isn’t very good, just that ‘O.S.T.’ raised the bar so high from its predecessors that a line must be drawn in the sand. Thankfully since discovering their niche PUTS have successfully mined the seam, consistently releasing fresh, fun and creative albums that show affection for the genre and pay respect to bygone eras. They also usually manage to release the funniest songs of the year, find someone else to make ‘Put your foot on the phone’ and make it work. 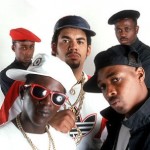 Public Enemy – How could the almighty PE not manage theory busting credentials? Simple: ‘There’s a Poison goin’ on’ and everything since has either sucked or… let’s face it sucked sums it up. But in a three year span ‘Nation’ altered the destinies of thousands of middle classed teenage white boys, ‘Fear of a Black Planet’ proved a more than capable follow up and for me ‘Apocalypse 91’ demands inclusion in any hip-hop lover’s CD rack. In fact were it not for the (sort of) revival that the very strong ‘He Got Game’ soundtrack provided, Public Enemy might have ended as an incredibly powerful Category 1 entry. Chuck D might’ve gotten old and Flava Flav might’ve stayed crazy until he outgrew his image, but in a mere three years Public Enemy managed to change the direction of hip-hop. 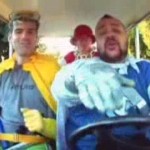 Ugly Duckling – Perhaps the polar opposite to Public Enemy, Ugly Duckling are lackadaisical Californian guys who aren’t interested in your political aspirations or changing society, just getting you animated enough to shuffle your feet and bob your head. I have always maintained that every UD song is practically the same and start with the title, let’s make one up together. I will call it Shake the Floor, (Most titles tell you to do something – ‘Turn it up’, ‘Dumb it down’, ‘Pass it on’, ‘Get Ready’), Dizzee will start with his rock solid rhymes, Andy will kick in with his complex lyrics and a little verbal trickery, then DJ Einstein will scratch and cut in some samples about ‘shaking’ and ‘floors – might I suggest ‘Shake what your Mama gave ya!’ and ‘Burn the floor’? And every 45 seconds or so Andy and Dizze will simultaneously and dispassionately intone ‘Shake the Floor. Shake the Floor’. Always twice. By the way, that doesn’t mean I don’t like the song, they wouldn’t be in this exalted company if I didn’t. And ‘Journey to Anywhere’ is sensational.

In Summary – A work in progress or an end to it all?

This category has the most likely next candidates for elevation to the exalted status of Category 4, or the OGR music Hall of Fame.

While I think Common considers himself more an actor at this point and Michael Franti is a little too hippy-lite for mine nowadays, De La, Ghostface, David Gray and People under the Stairs all seem shoo-ins for promotion at some point (who would have thought Ghostface would be the Wu-member most likely?), with Hoodoo Gurus and Ugly Duckling possibles if they can turn around some recent poor form.

Next time I’ll get to the Best of the Best. The immortals of my iPod.

Click here for Category 4: The All Time Greats. The Rule-Breakers…

While I try to throw a joke or two into proceedings when I can all of the opinions presented in my reviews are genuine. I don't expect that all will agree with my thoughts at all times nor would it be any fun if you did, so don't be shy in telling me where you think I went wrong... and hopefully if you think I got it right for once. Don't be shy, half the fun is in the conversation after the movie.
View all posts by OGR →
This entry was posted in Lists, Love & Hate, Music, Rants 'n' Ramblings, Showin' Lurve. Bookmark the permalink.