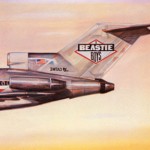 1986 – Public Enemy? Nope. Gangstarr? No. Ice Cube? Ice-T? Iced Vo-Vo? Nuh-uh. “Gangsta rap” was a few years away with NWA, Geto Boys etc. Real commercial rap was due a few years after that, and the death of rap was still 15 odd years away with the rise of the guest name vocalist and the need for an inane but catchy hook.

Rap was finally read its last rites by Kanye West and Nelly through an autotone in the dubbos.

But in 1986 rap was still just a bunch of pioneers still finding their voice with simple rhymes set against simple repetitive beats. Run DMC had a couple albums by then that had rattled some cages, LL Cool J had his debut out and had his own style, but rap was hardly mainstream and looking back wasn’t that wicked-awesome by any stretch.

Enter the Beastie Boys, three white boys (last time I’ll mention it) with nasal voices and immature lyrics, set against more ‘rawk’ production. They drank so much beer they felt the need to rap about it, and had ummm ‘urges’ about so many women that they both rapped about them frequently – and also had them dance in cages behind them on stage. (The original title of the album was unfortunately “Don’t be a Faggot”.)

Class. (Where is your Buddha now?)

The funny thing is that the album still isn’t that good. Sure Fight for your Right and No Sleep till Brooklyn are still catchy in a novelty sort of way, but the remainder of the album hasn’t dated well at all. In truth if this was the Beasties only album and they hadn’t made three classics afterwards – Licensed to Ill would be looked upon in the same way that Vanilla Ice is now perceived.

Anyone who claims that this is their personal favourite Beastie album and listens to it all the time, simply hasn’t heard anything they made since. 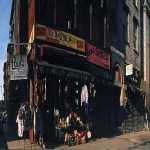 Listening to Licensed to Ill and Paul’s Boutique back to back and you could be forgiven for assuming they were different artists. Granted when Boutique starts with a slow intro dedicated to all the girls of various locales eye-rolling is justified, then Shake your Rump starts and blows all preconceptions out of the water (Shake your Rump was for many years the song we cranked in the car as we neared whatever late night location we were heading to).

After that there simply isn’t a dud on the album, even the 20 second banjo hoedown is funky as hell. Egg Man is great and has an awesome breakdown at its half way point, Shadrach is sneaky brilliant and the 15 odd minute mishmash outro contains a couple of inspired passages.

In short while there can be a legitimate argument regarding the better album between this and Check Your Head, there can be no disputing the uniform excellence of both. Paul’s Boutique is sonically amazing, lyrically brilliant and complex (and often hilarious) and essentially timeless . 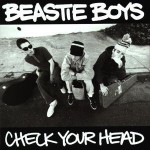 Q: How to follow up one of the most groundbreaking albums in any genre?

In reality Check your Head has far less samples and sees the Beastie Boys returning to pick up their instruments Roots style – except the Roots didn’t actually exist yet – with their pre-rap background this means that a few tracks have an infinitely more punk feel, Funky Boss, Time for Livin’ and Gratitude in particular.

Check your Head has better highlights than boutique with Pass the Mic, Jimmy James and the towering So What’cha Want, and it is perhaps more consistent; a bold claim considering I just said Paul’s boutique had zero low points!

Check your Head also saw the introduction of straight up instrumental tracks without any hint of novelty or humour, they are simply funky little jams that aren’t filler – but do help pace the albums better, (though by Hello Nasty the quality had dropped away).

I dunno, I could listen to this album on loop all day and never get bored, Stand Together has an amazing fucked up saxophone (?) sample, Professor Booty is a brilliant track and Live at PJ’s cracks along (and actually sounds live).

And this is all after the first half of the album has already proceeded to blow you away!

Ill Communication was next, and while it is quite brilliant in its own way in retrospect we can see that the Boys had already peaked in 89 though 92, there have been numerous high points since then (gradually diminishing in frequency and elevation) but to me Check your Head represents the high point of a sensational and vital rap career. 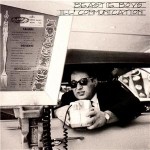 None of the above makes Ill Communication chopped liver. It is regardless an amazing album in its own right and chock full of goodness for what ails ya.

Released lightning fast two years after Check your Head (for the Beastie Boys anyway – the new album has been delayed for over two years!), Ill Communication saw the beanies go but everything else finally combined to create the most balanced album of their career. Samples, instrumentals, punky tracks and dense soundscapes all coexist over the 20 tracks.

EVERYONE knows Sabotage – and well they might – but to me after that, opener Sure Shot and the amazing Bodhisattva Vow Ill Communication is a little more flat than its two predecessors. Again it is still a fine album and works best when played cover to cover, but without a couple more highs it can’t be viewed as being on the same level.

(It’s embarrassing to note that by this time I had been employed for two years (read – earning money) and actively devouring music including hip-hop for three – yet this was the first Beastie Boys album I actually owned. You can blame that on Licensed to Ill – and I do – because after that I had written them off as a novelty act… until the So What’cha Want video changed my mind and I decided to give them a shot.

And here we are almost 20 years later.) 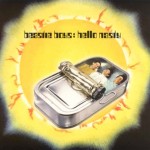 The beginning of the end. Hello Nasty saw the Beasties at their most commercial (in Australia anyway). Their album sold oodles, they were all over the music press – who by now had caught on that they were actually quite good – and seemed everywhere.

This lead to a sold out tour across the country, and the worst Beastie Boys gig I have attended (from 5). I could blame the venue or the teeny-bopper crowd that came to see anyone who had a hit single, but the truth was they just weren’t ‘on’, and the gig was boring.

The instruments were shelved for this one and Mixmaster Mike was brought in, a worthy addition as it turns out (and amazing at shows). Intergalactic lead off and was so catchy it instantly placed the band back in the spotlight upon release. (A strength and curse of the Beastie Boys is their ability to craft a great lead single – even if the rest of the album is… patchy? It raises the expectations and interest, but when the remainder of the album is inevitably lacking it also elevates the disappointment.)

This was the first album since Licensed to Ill with bona fide duds on it and experimental tracks that flat out sucked.

The sad thing is that aside from Intergalactic the two best tracks from Hello Nasty were actually not from Hello Nasty! Hold on I’ll explain. Body Movin’ on the album was just another samey sort of filler track, but the Fatboy Slim remix provided a spark and is actually one of the rare remixes that totally eclipses the original version (The Prodigy’s remix of Method Man’s ‘Releas Yo ‘Delf is definitely another). Furthermore Three MC’s and One DJ was OK on the album, but was blown away by the live recording that was eventually released as the single version, giving the song more life than it ever saw on the album version.

So there you have it. In reality while I eagerly wait for news regarding the Hot Sauce Committee Part 1 it would have been better for all involved if the Beastie had have wrapped things up after this album, in truth after Ill Communication. For while the standout tracks are still solid and worth a listen, and Intergalactic earns a place in their ‘Best of” list, they are merely pale imitations of what came before, and only serve as reminders of better days for the Beastie Boys. 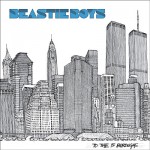 6 – To the Five Boroughs

In short this album was quite disappointing even though it was marginally better than I expected.

Perhaps acknowledging their best days were behind them the Beasties dropped the instrumentals, skits and novelty tracks. What remains are 15 songs that aside from the (ever-present) catchy lead single Ch-Check it Out range from listenable (Triple Trouble, Brouhaha) to well meaning but bland (An open letter to NYC) to straight up boring (the rest).

Amazingly enough in an album with no instrumentals is the fact that only one song tops 4 minutes, and most are under 3. It’s either lazy or an admittance that ‘hey the songs aren’t very good, but at least they’re short!’.

The lyrics lack the humour of their earlier stuff even though they do try to work jokes in there, the production is… adequate but uninspired, and again aside from Ch-Check it Out there is nothing you’d want to put in a time capsule to show the Beastie Great Grand-kiddies just how awesome their Pop’s were.

Will Hot Sauce Committee see the Boys return to glory by creating a landmark album in hip-hop over 25 years since their debut, after battling cancer, China and middle age?

I would love to scream yes, but my vote is a firm ‘NO’.

I’m positive the lead single for the new album will sound good enough to raise the hopes that will eventually be dashed against the rocks of dud tracks and depressingly mediocre filler that will comprise the rest of the album.

And that’s all too bad, because between Paul’s Boutique and Ill Communication the Beastie Boys created some of the most memorable and necessary hip-hop singles and albums in history.

By all means buy Hot Sauce Committee and make the boys a few bucks richer – I will – but when you are underwhelmed by the results don’t let it stop there, I urge you to ch-check those earlier essential albums out… and let me know how that works out for ya. 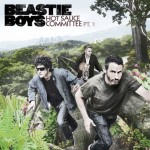 Coming soon, has been for two years though. Between Outkast, Massive Attack and the Beasties it feels like I’ve waited half my life for albums to be released.

While I try to throw a joke or two into proceedings when I can all of the opinions presented in my reviews are genuine. I don't expect that all will agree with my thoughts at all times nor would it be any fun if you did, so don't be shy in telling me where you think I went wrong... and hopefully if you think I got it right for once. Don't be shy, half the fun is in the conversation after the movie.
View all posts by OGR →
This entry was posted in Lists, Love & Hate, Music, Showin' Lurve. Bookmark the permalink.