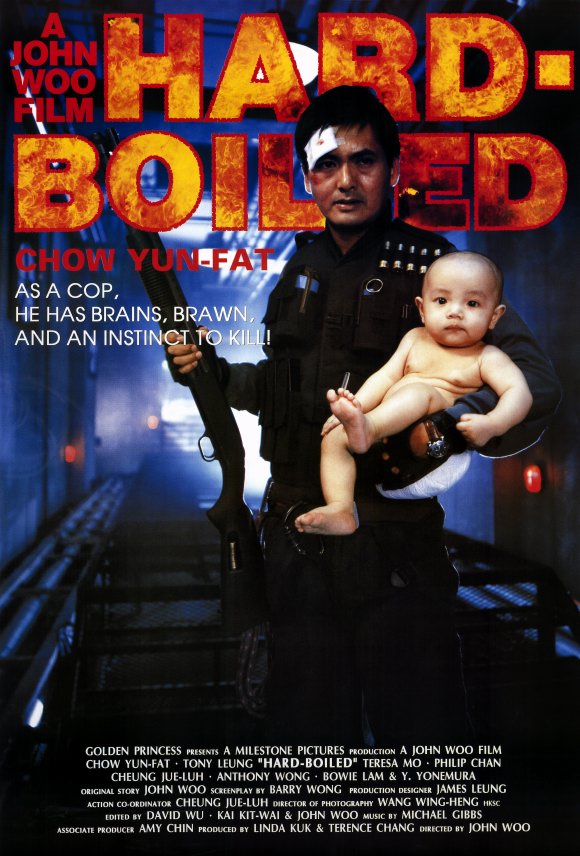 For some reason John Woo takes good old fashioned gun violence films and fills them full of things that don’t belong, jazz music, blinded victims who fall in love, white doves. Call it juxtaposition all you want, I call it making a good film longer for no good reason.

I didn’t read the back of the DVD cover despite it being my own personal copy that I have owned for near 10 years. I don’t need to as I’ve seen the film a dozen times.

But if I had to come up with it myself it would go something like this; 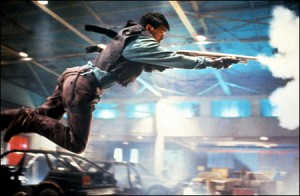 “John Woo films three of the most epic gunbattles featuring some of the highest body counts in cinematic history.

The whole thing is about hard working cops and undercover cops, and bad guys trying to steal each other’s turf… Or something. Just rent this and watch the fucking thing!” 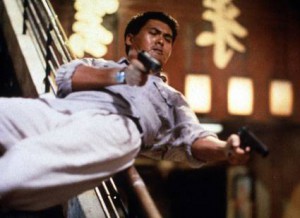 If I read that back cover blurb and it said that I would rent it with no hesitation. And you should too.

2nd Shootout – The Raid on the Workshop

Final Rating – 8.5 / 10. 4 minutes of realistic battles repeated ad nauseum for about 60 minutes, with another 60 minutes of filler thrown in. That’s not bad, that’s AWESOME! Video games have less killing.