In recent months the femi-porn game-changer called 50 Shades of Grey has gotten altogether too much attention and notoriety.

Unfortunately women everywhere have fallen over themselves to read this crapfest, somehow managing to justify it as a real work of art, instead of the tawdry pants-dampener that it is.

The other day I was at a coffee shop awaiting my order when at the next table over a middle aged woman calmly thumbed through a copy of the novel in broad daylight. Imagine the response if I dragged out a Playboy and read the bits in between the articles… again.

After openly mocking the themes of the book for weeks in various infantile ways I decided I can no longer confine my ridiculous childishness any longer.

I bring you OGR’s first – and last – attempt at decidedly un-erotic fiction. Told in the way that is far more truthful to reality than any hot 30 something guy meets hot virginal 20 something girl and ties her up (and more) could ever be.

Lastly I apologise for the ‘racy’ moments. But if you know about the real 50 Shades goings on hopefully you can see these are made in jest, and aren’t especially racy in any case… 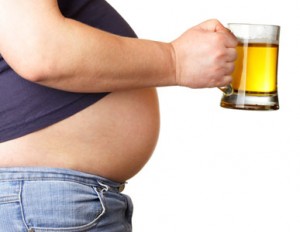 Her name isn’t important. Just know that it was one of those classy stripper names that is exotic but not silly. A name with just the right number of vowels.

Besides I can’t remember it anyway…

Really hot. And she approached me.

It shouldn’t have surprised me that she came looking for me, after all I was wearing my best T-shirt, the one with the hot nearly naked chick on the front. The one that tames my beergut into something that might as well be a six-pack. (Go ahead and think of it as a six-pack from here on. I do after a few beers.)

Hot chicks walking up to me isn’t a rare occurrence – I usually sit at a table near the ladies toilets – but they don’t usually stop to chat. Or even acknowledge my existence. But this chick was different. She was looking really hot (remember), and just the right ethnic background for your tastes, with a body the exact proportions and attributes that you look for when gauging maximum hotness.

That she paused to chat was a little surprising, remember the shirt with the hot chick on it. This chick was hotter than a T-Shirt hot chick! That she immediately slipped her hand down my jeans and into the underpantular area was almost a shock. Almost.

She leaned in and whispered “my place or yours”, but she could well have said “my yoga-pants are full of vicious squirrels” and it wouldn’t have mattered. I was in.

If I didn’t balls it up.

I decided not to risk my kebab and dirty joke combo and asked the foreign taxi bloke to take me straight back to the flat. After all I hadn’t even needed to use a pick up line, and I had ‘Do you like Subway? Because I have a footlong baby!’ in the chamber ready to go.

Much to my surprise she didn’t protest. She didn’t even vomit in the backseat. This girl was all class.

Fifteen minutes and a hasty “No Q’s. Just GTFO NOW!” SMS to my flatmate later and we were at my door. After casually asking “Are you sure?” 5 or 6 times more than I possibly needed to and pausing to look around for prank show cameras / police we were in my lounge room – dining room – TV room – guest bedroom combo.

I decided that the second-thought eradicating influence of a couple vodka shooters wouldn’t be necessary when she ripped off her top and muttered “let’s do this”. But the KFC boxes and Ralph magazines that littered the couch and floor weren’t exactly lava lamps and Barry White soundtracks, so I would have to go elsewhere. My bedroom wasn’t much better with four months worth of dirty clothes and blankets covered in dog hair strewn about – funny since I don’t even have a dog – so I decided to bite the bullet and navigate her into my flatmate’s room. He has a double futon and such irrational confidence that he washes his sheets almost every (other) , , year.

I just hoped against hope that he wasn’t indulging in a romantic solo lock-in by himself…which is what I expected he would do when I told him I was heading out.

He wasn’t. Thank God. You can light as many candles as you want, it won’t cheat your nose into thinking there was anything other than a massive bout of self-indulgence in the recent past.

I hadn’t even finished exhaling with relief before she lay down on the white (ish) futon mattress. Right at this moment she was hotter than ever – even hotter than I found her some 30 minutes previous – as the only thing hotter than a hot chick who has just agreed to let you do unspeakable things to her is one that just confessed to experimenting with lesbianism in college and acts like it’s our little secret. She hadn’t done that yet, but in my mind she had.

Amazingly this girl was taller on her back than she was standing up moments before. I didn’t bother wondering if the flesh pillows were home grown or some magnificent creation of science, they were right there. And apparently they were mine.

She gestured romantically toward me and said “get on with it”.

Thankfully for me I had just the appropriate number of cheap bourbon and coke (substitutes) in me, otherwise I might very well have ‘culminated’ on the spot and had no choice but to  whisper ‘to be continued’ in her ear and cross my fingers until my knuckles went white. It’s happened before – just once I swear – and nine times out of ten I end up calling a cab and waiting silently in the living room with a young woman shooting daggers at me with her eyes while her blood alcohol content reduces and her regret levels skyrocket.

I fell over trying to get my jeans off over my scungy Chucky One-Stars but managed to pull off a semi-convincing ‘that was deliberate’ move. It didn’t matter, she wasn’t looking at me as she absent-mindedly thumbed through my mate’s CD collection.

A minute later and I was standing there in nothing but my Simpsons boxers and an awkward shit scared grin, full of cheap –  but still expensive in nightclubs – grog, self doubt and desperation. Some comforting words and a welcoming smile would have helped no end.

Totally. (I’m not saying ‘We did it’ like I would to a sorta mate that I hardly know but wanted to impress. We. Totally. Did. It.)

It was now 37 minutes since I met this girl and already I felt a special connection, albeit one that finished a minute or two back… I was down $22 for the taxi and had some serious explaining to do to my roommate. But it was already totally worth it. I reached to my left for my water bottle and knocked off the cheap clock radio.

Yep, not my room.

I played it cool and tried to ignore the alcohol induced dehydration that was turning my tongue into sandpaper. Unfortunately I forgot my predicament when I rolled over and said ‘Tho wath that ok thexy?’.

Her snores covered my gaff, so I took the opportunity to ever so gently cup her left tit in my palm, just like a gentleman. 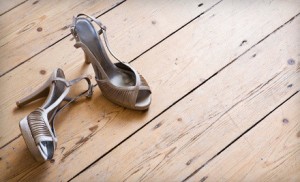 Besides we fully pull the piss out of him about that no less than five times a day.

After hastily dressing I half shambled, half strutted down the hall, muttering ‘sorry mate’ behind me and ‘wait, wait’ to the girl ahead. My success – or more truthfully – my not failing, had granted me confidence I couldn’t possibly back up. Regardless I felt more than ready and willing to go again if you know what I mean, and I knew if she hit the front door it was over.

It’s hard to realistically look for something whilst steadfastly refusing to make eye contact with each other. But we did it. As I half heartedly looked for a shoe I hoped never to find I muttered statements to maintain the mood like ‘how about that eh?’ and ‘what a turn up for the books’. She only snorted, which really you could take either way I think.

Then she grabbed my phone and called a cab, asking me the address and saying ‘ASAP’ more than once. Actually more than five times if I’m honest.

History shows and old men will tell, ‘if you don’t ask, you don’t get’, so I eventually summoned the courage to ask ‘Did you have a good time?’ She paused, fumbled with the strap of her newly located shoe, and with her face looking down at her knees said “Yes. You were the greatest. I could live a hundred years and never find anyone better or more responsive to my needs.” And I mean that has to be true, after all it’s not me saying that, it’s her. Why would she have any reason to lie?

Five minutes later the honk outside signified the cab in the driveway and she left a dust silhouette in my living room just like the Road Runner. I caught her at the door, said she could find me on Facebook if she wanted to see me again, that I had had a great time and thought we should meet again. Often. Right now if she liked. I reached to touch her elbow as a pleasant departing gesture but she turned to walk through the door, meaning I got one last inadvertent feel of her rack. Gotta love accidental body language.

Then she was gone. Taking her hotness and as it turned out the contents of my wallet with her.

It was 15 minutes before I realised that not only did we not know each other’s names, but I’m actually not even on Facebook.

No matter, no need for such facts to get in the way of a perfect evening. While not everything went 100% according to plan like it does in those crappy Jennifer Aniston movies, I had a great time.

Now all that was left was coming up with a plausible excuse for my mates along the lines of ‘Look she had to leave the country and she won’t be back. But she said I was the best she ever had and she really wanted to hang around and do it a bunch more times’.

I don’t know if it was destiny that brought us together, actually that might have been her name now that I think of it. More likely it was some magical concoction developed in metal buckets in the garage of an outer suburban rental property.

Regardless, this evening was an unqualified success whichever way you look at it. Because when you are a guy there are no 50 shades of any poxy colour. Just black and white.

And I got my end away…

While I try to throw a joke or two into proceedings when I can all of the opinions presented in my reviews are genuine. I don't expect that all will agree with my thoughts at all times nor would it be any fun if you did, so don't be shy in telling me where you think I went wrong... and hopefully if you think I got it right for once. Don't be shy, half the fun is in the conversation after the movie.
View all posts by OGR →
This entry was posted in Rants 'n' Ramblings. Bookmark the permalink.